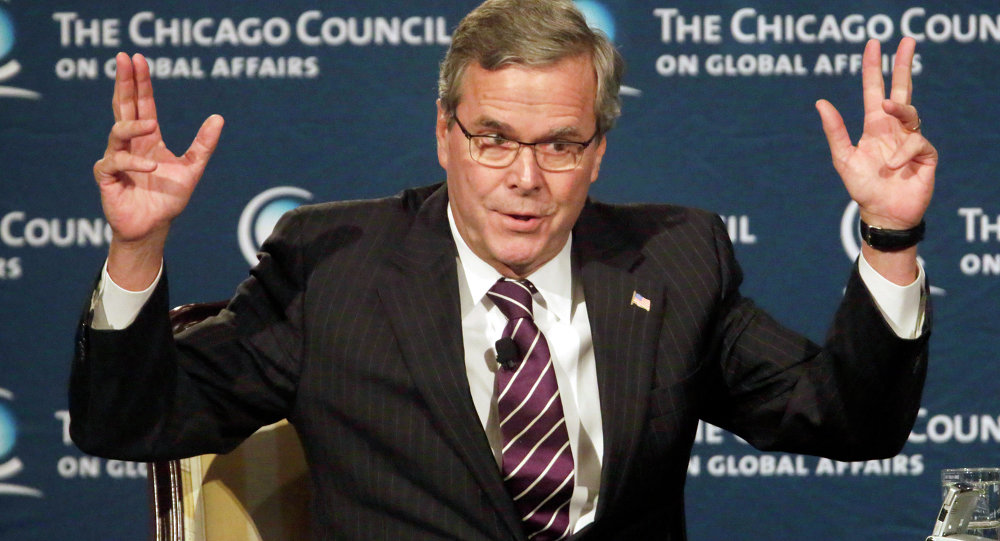 I interrupt the reality TV shows that are the Republican GOP Presidential Race and, on alternate days, the Barack Obama Show or Hillary’s Hilarious Magical Email Mystery Tour, for this public service announcement: Buried under the Jeb Bush rhetoric is a lot of big government covered up by a thousand point of light.

As much as it pains me to agree with anything GOP presidential frontrunner/afterthought Jeb Bush says, his focus on regulatory overreach and on repeal of laws with doubtful efficacy such as Dodd-Frank— so called “bank reform”— are the keys to the next president’s legacy.

“The Dodd-Frank Act doesn’t address the principal causes of the financial crisis and Great Recession,” writes investment banker Eric Grover in the Washington Times, ‘but it does suppress economic growth. If a Democrat wins the White House in 2016 it won’t be repealed. If however a Republican wins, repeal may be possible, which would take Washington regulatory mandarins’ boots off banks’ and the economy’s throats.”

Yes, it’s too early to make prognostications, but since when I have been anything but bold? So here goes: Get ready for the next GREATEST PRESIDENT ever. Or not.

Because that’s what’s at stake with the next person we elect President of the United States.

As much as the American economy suffers from a malaise of regulatory burden now, it would be easy to get the economy going big again if we elect someone— anyone— who is not: 1) a professional Democrat; or 2) named Bush.

Rhetorically, Jeb Bush and I agree on a lot of things. And I don’t doubt his sincerity, either. He sincerely wants to be president of the United States. But I do doubt Jeb’s ideology. Because buried under the Bush rhetoric is a lot of big government covered up by a thousand point of light.

Laws like Dodd-Frank and Obamacare and Sarbannes Oxley (a GOP invention) and Bush’s proposed Common Core— and regulatory enforcement like the EPA’s perversion of the Clean Air Act— are really the things that have served as a damper on the economy. It is not, as Pope Francis would have you believe, income inequality that holds us back. And if you think it is, just have Francis try paying nuns the same as priests. Then see if next Sunday is any different.

As one ex-Catholic explained to me: “I became an ex-Catholic because every priest I knew drove a new car, but every nun I knew had to share a ten-year old Nova with 5 other nuns.”

Yet still, somehow, Christianity in the guise of Catholicism came to dominate civilization as we now know it, until the two are virtually indistinguishable.

The world beware: If the global economy wants to right itself, it starts in the United States with strong, fundamental economic growth.

The way to right the world is to focus on growing the U.S. economy, just as making inroads here at home on the budget deficit, Social Security funding and immigration reform starts with a healthy economy. For too long laws and policy have favored making sure financial markets never go down by propping them up with an artificial framework. Or by including social outcomes in banking laws like a chicken for every pot, or pot for every home — the home mortgage of course guaranteed by the government because you know how forgetful pot-smokers are

Right now the GOP race seems still wide open, which is to say it favors Bush.

But despite his small government rhetoric, I doubt Jeb Bush will be become the next greatest president ever. Or even a rockstar.

Try something better for free @ 1:45PM ET/ 10:45 AM PT with PageTrader.com’s David Williams and John Ransom on Ransom Notes Radio. Register here: http://ransomnotes.tv/?p=129. Daily calls on the financial markets you can profit from with no cost to get started.