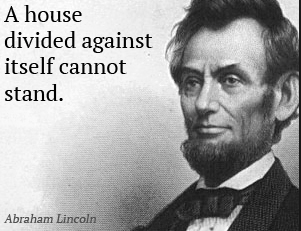 Conservatives in the Republican Party are making their voices heard. In spite of the establishment’s unwillingness to accept the fact that those who make up the Freedom Caucus truly represent the majority of their Republican constituents, they must acknowledge the momentum that has been building as conservative voters, through their elected Representatives, are taking control of the party.

In 2014, Majority Leader Eric Cantor was defeated in his primary bid for re-election by Tea Party challenger David Brat. Speaker Boehner is stepping down and retiring, and Majority Leader Kevin McCarthy withdrew his bid for Speaker. We should recognize these events as victories for the conservative movement.

The American people delivered the Senate and the House to the Republican Party on their promises of restoring the balance of power, repealing Obamacare, curtailing out of control spending and regulations, and shrinking the size of government. We intend for those promises to be kept and are extremely dissatisfied with the leadership in the party.

While I do not know who will be chosen as the new Speaker of the House, this is an opportunity for the Freedom Caucus conservatives to challenge the establishment Republicans to represent all of us. Whoever is chosen, it is good the Republicans are taking note that they serve at the pleasure of we the people and have come to understand the people are not pleased.

Daniel Greenfield: How the Left Rebranded as Non-Ideological