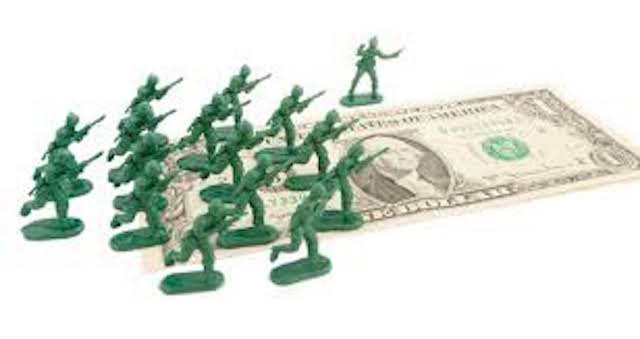 Last week the government bragged about how the deficit would be much smaller this year than anticipated.

“In a report providing political ammunition to both parties,” reported the Associated Press, “Congress’ official budget analyst projected Tuesday that this year’s federal deficit will drop to $426 billion, the lowest shortfall of Barack Obama’s presidency.”

So it stands to reason that this week they’ve started to complain that the deficit isn’t big enough…and worry that it will get smaller, via budget cuts that are badly needed.

“Obama said Saturday that a government shutdown ‘would be wildly irresponsible’ and urged Congress to pass a spending bill that would move beyond the government-wide spending caps called ‘sequester’ that have constrained every federal agency’s budget,” reports the USAToday.

Yes, folks its budget battle roulette time again, where Democrats aim a (mostly) empty gun at the GOP, threatening to shoot and take out a Senator or Congressman for daring to shutdown the government over a wee bit of fiscal discipline.

If you haven’t noticed, then you will shortly, that the Congress and the president have until the end of the month to get a budget deal done. If they don’t, then apparently it will all be the fault of the nasty GOP, headed of course, by Senator Ted Cruz and Donald Trump.

And while the financial markets staged a nice one-day rally on Tuesday, just as forecasted by David Williams at RansomNotes.tv, expect that any future disruption in the market, the economy, tax revenues, or Bernie Sanders’ menstrual cycle will have just one cause: intractable Republicans bent on crushing poor people with budget cuts.

“That’s those indiscriminate budget cuts that ripped across the military and most every federal agency a few years ago. Two years ago lawmakers were able to get sequestration off the books by reaching a bipartisan budget deal, and Virginia Democratic Senator Mark Warner bemoans that those talks aren’t taking place now.”

“Now we’re steaming down the path toward the cliff at the end of September and there’s a complete unwillingness, at least from the Republicans so far to even negotiate,” said Warner pompously. How do I know it he said it pompously?

But here’s the important thing that I remember about every budget showdown: Republicans generally win the PR war even if they take a media beating. In every budget battle with the exception of the one waged by Bill Clinton, the GOP has held the advantage.

And more often than not, they gave that advantage it away, for no political reason.

There is no real sympathy for a federal government that has been out of control, spending wildly, producing few results and only partially slowed by a few courageous members of Congress who have stood on principle if not with the leadership of the GOP.

In April Reuters/Ipsos released a survey in which only 42 precent of respondents disagreed with the statement: “The federal government should have very little authority over domestic affairs.”

The endgame of Obama’s presidency has always been that we would either save ourselves entirely from the oppression of the mammoth federal bureaucracy and really reduce government or we wouldn’t.

The people I think are ready to try smaller government.

And the only thing that’s really lacking now in making government smaller is Republican resolution.

Miss America Steps to the Left and Jumps the Shark With ONE Exception.

Saving America Begins By Cleaning Up Our Own Republican Party