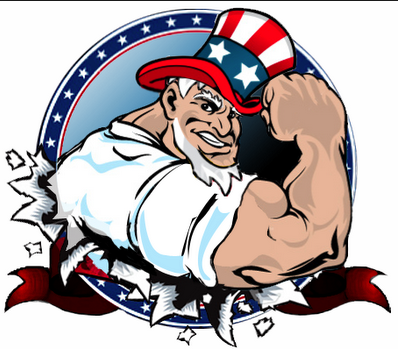 There is a reason why the American military was always the best in the world. One thing being that it used to be the first thing learned was that your drill instructor is not your mama and it’s not about you.

It’s been said that a great team is greater than the sum of its parts. The U.S. military has always stressed the importance of team and each has their basic training techniques of tearing down the individual to build up a soldier, airman, sailor or Marine- all individual but of the same team mindset. In the military, one has autonomy and independence yet as one of the team means working with peers, not competitors. They rely on each other to get the job done.

Everyone has individual skills to add, yet being part of the team, each individual requires selflessness and an importance of holding high standards for everything from uniform dress code, character and behavior, to the demands of highly detailed missions.

Building the team mindset properly eliminates the individual mindset. It is the relationships, friendships and most importantly, the team trust built which save lives of our troops when they are facing combat and any other adverse situations. They are bound together not just as friends, but as brothers and sisters in arms, something which no civilian, no matter how knowledgeable about military operations can ever have. This strengthens the team because loyalty to each other is more important than individual wants and motivations. Team members know they can trust each other through any situation. Broken trust comes from putting individual before team which in turn destroys confidence. When a team has poor morale, it affects everyone and can get team members injured or killed.

While focus on team building and sacrifice of individual is replaced by social programs intent on dividing team into individuals, they no longer have a set team goal. Instead they are focused on individual wants, achievements and personal pride. United they stand, but divided, they will fall.

This is partly why so much of the past 8 years of a transformed America and Military is so detrimental not only to those who serve in our Armed Forces, but for our national security as well.

The trickle-down effect of those in charge through the chain of command to the troops in the field have created a situation where many who are are constantly on the front lines don’t have confidence that their leaders have their backs. Under Oba Under Obama, the military has been changing rules, allowing women into combat roles, into Special Forces operations, promoting homosexuality and transgenderism in all branches. More civilians in charge means those who fight, fight by rules made by people who have never fought.

With the latest news of Obama’s pick for Secretary of the Army who is a civilian homosexual, focus has been taken from team to what LGBT organizations call a sign of hope and progress towards fairness and equality.

They talk about equality, and yet in the same breath, they claim that with Eric Fanning’s appointment should he be confirmed sets “ the tone at the top and provides an opportunity to bring better understanding about both the shared and the unique needs of LGBT individuals in the military and their families…”

Did you catch that? The “Shared and unique needs of LGBT individuals”…

Unique/jʊˈniːk/ Adjective  Unique means, something or someone is unlike anything or anyone else: very special or unusual: belonging to or connected with only one particular thing, place, or person; Different, exclusive, particular, rare, uncommon, individual, lone one, only, separate, single, solitary.

In other words, the total opposite of Team.

I don’t think many people are arguing that homosexuals aren’t able to fulfill duties should they serve openly. Seeing so many people treating appointments such as this as a type of victory however, is putting focus on individual wants and needs; a need to feel special, a need to feel accepted and a need to challenge old rules and glass ceilings. When one joins the military, it ought to be as for service instead of new glass ceilings to break. I don’t think anyone is arguing that a civilian can’t lead the military in certain areas either, yet one has to wonder why there never seems to be a more highly qualified military general or commander who already has trust of his troops who can handle the position.

Progressives may have a lot of people believing that there is nothing “unique” about our country, but the world needs a strong America. The American Military has always been the best. It remains the best because of those who serve, who put service and others over self which builds strength. We need a strong military in order to remain a strong America. We won’t have that if our leaders keep allowing social experiments, gutting and cutting forces, and dismissal of seasoned and trusted leaders and weakening our troop’s abilities during war.

10 Ways To Teach a Child or Teen Accountability and Responsibility