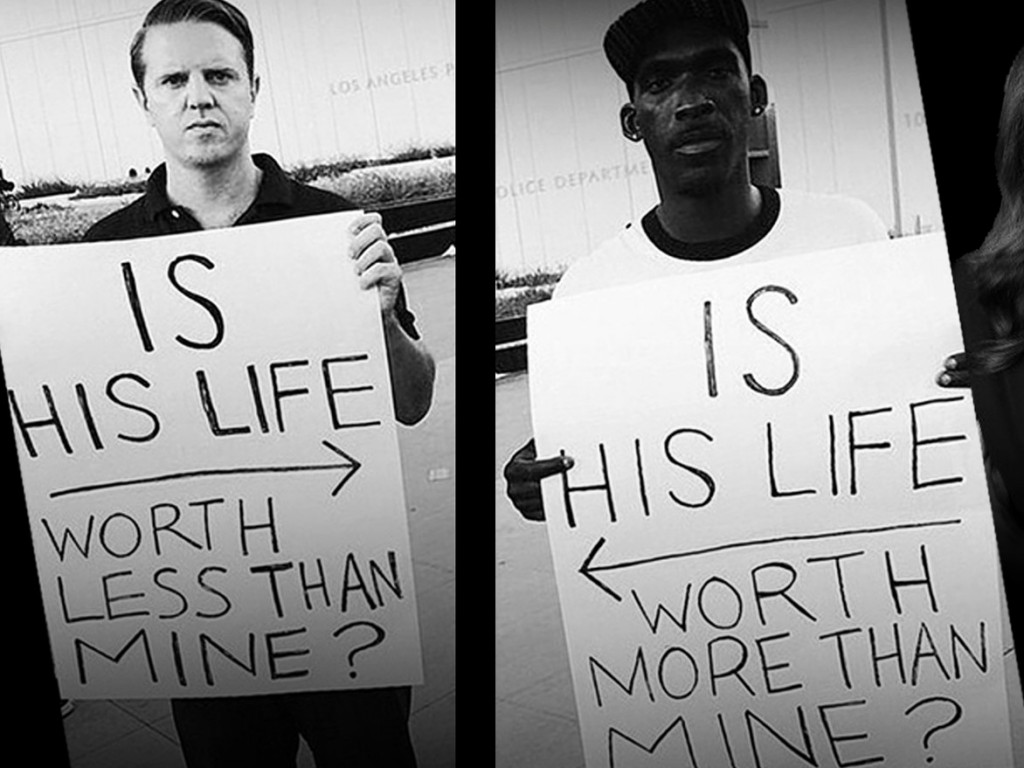 Maybe it’s just me. But each day I read and watch stories about the Black Lives Matter, All Lives Matter, Blue Lives Matter, and [fill in the blank] Lives Matter movements, I feel as if our country moves farther away from unification and toward searing divisiveness.

It’s not that these movements don’t matter; they do. Free speech matters. But the clamoring blurs the lines and muddies the facts. Many Americans are grappling with what is happening to peace officers nationwide, particularly in Chicago, Cypress, Texas and St. Louis.

Maybe it just coincidence, but the vanishing respect for law enforcement especially over the past several years during the Obama administration seems to be at an all-time high.

However, despite the clamoring there is a voice (albeit a bit offensive at times … but who can blame her?!) that is bubbling up and makes complete sense to me. That voice belongs to Peggy Hubbard, the mother of the innocent, 9-year-old girl who was shot and killed while doing her homework.

As a mom, I am just sickened by the baseless media ranting. But Hubbard’s voice and her videotaped soliloquy on the stupidity of black-on-black killings and the fundamental mission of law enforcement are right on the mark.

I pray that more Americans listen, pay attention to the facts, and take heed before more African Americans, whites, other minorities, and peace officers die for naught.

Here are some facts to consider: Did you know that more whites died at the hands of law enforcement than any other race in the last two years? And, according to a recent poll conducted by Reuters and Ipsos, nearly three quarters of all Americans approve of their local police departments. You’d never know this from watching MSNBC or CNN, and that’s wrong.

And so go the political shenanigans at the expense of safety and protection for all American citizens, especially those in the inner city that many times need it most.

The question today remains: will the good and brave peace officers and active military be there if this biased media and special interest group onslaught continues?

On a positive note, there were a few bright spots in the aforementioned Reuters / Ipsos poll that provide a few answers to this looming question. When asked if they would approve of their children (or future children) becoming police officers, 59 to 22 percent of poll recipients said “yes.” Among young people, 68 percent said “yes,” and among Democrats, 58 percent were affirmative. While African-Americans were more tentative at 45 to 30 percent, the trend appears to be positive with many blacks approving of their children becoming police officers. This is hopeful news.

So as a factual reminder to those in the gym on the treadmill or elliptical watching “[fill in the blank] Lives Matter” stories on CNN or MSNBC (because let’s be real, most public places don’t air FNC on the big screen except maybe in Texas), cops are receiving more training today than ever before and police departments are guided by defined rules and procedures (Source: Washington Post). In fact, most decent-size police agencies have internal affairs departments, and a growing number of cities have installed citizen review boards.

So while the bad apples might exist across various police departments as WaPo purports, it might just be the ubiquity of cellphone cameras and the diffusive power of social media that is making us more aware of the few rule-breaking cops, rather than disclosing there are actually fewer bad players than good.

As Peggy Hubbard said during her viral rant on Facebook, police take an oath to serve and protect, not get shot by thugs. That’s the reality for the majority of men and women who put their lives on the line each day to protect their communities.

So, isn’t it time to put aside those who work to separate us and to focus on the value and importance of all American lives?