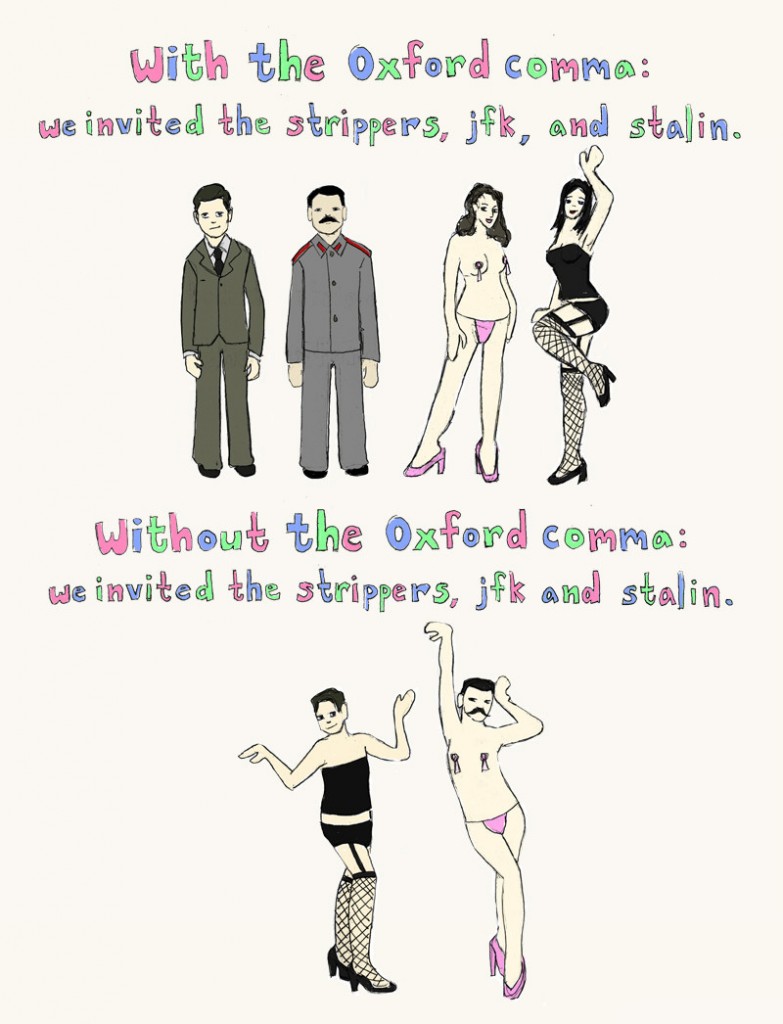 Tenth graders at Highland Park High School in Texas received a lesson on the Oxford comma they may never forget. (If you need a refresher, the Oxford comma is also called the serial comma. It is the final comma used when listing items. It is a stylistic choice that prevents misunderstandings in print communication.) To illustrate its importance, the English teacher presented an image that stated:

“With the Oxford comma, we invited the strippers, JFK, and Stalin,” with drawings of people representing the individuals.

“Without the Oxford comma, we invited the strippers, JFK and Stalin,” picturing the former president and Russian dictator in stripper clothing.

Though the graphic taught about the Oxford comma, the text on the image neglected to capitalize “JFK” and “Stalin.”

The local CBS affiliate reported on the August, 2015 incident that left some parents outraged. District spokesperson Jon Dahlander provided a written statement to Dallas-Forth Worth 11 News: “The teacher deeply regrets the incident and apologized to students in his classes earlier today.”

What do you think? Was this a proper image to use for teaching high school students?

Who Are The "Syrian Refugees" and Is There PROOF They Aren't Terrorists?