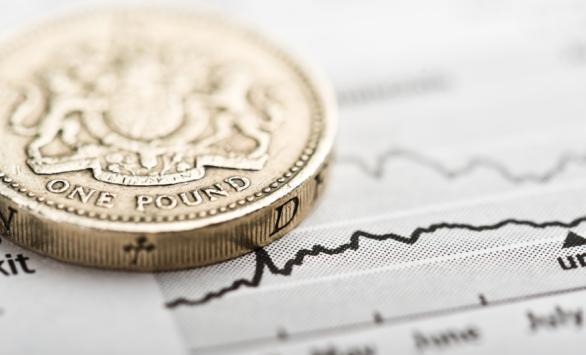 Markit came out with manufacturing numbers that sounded loud warnings to Wall Streeters that Yellen and Company may have their headquarters where their hindquarters ought to be in much the same way that Bernanke and Company had.

So another week and another bad report that allows those of us who are not very gracious to say: “I-told-you-so”.

There was a faint hope that Yellen knew something the rest of did not when she started yapping up an interest rate hike earlier this year. But the latest manufacturing report tells us all we need to know about why the third quarter was not charming for the Fed and an interest rate hike.

“Markit said its preliminary United States manufacturing purchasing managers’ index for September was 53,” reports the New York Times. “That was the same reading as in August, and the lowest figure since October 2013.”

The lowest twice in a row, that is.

And to make things a little more cloudy employment was off too.

“Job creation also slowed in September,” said Markit via the Times, “with the index at 51.4, its weakest since July 2014, down from a final August reading of 52.4.”

So much for the manufacturing renaissance engineered to last, courtesy the auto union bailout. Turns out the manufacturing needs the same basic ingredient the rest of do in order to rise: Money. And we’re not talking cash, like in QE, but credit, as in you-and-me.

And while money supply has grown exponentially, the tightness of credit— for you and me— has kept monetary velocity at all time lows.

And there is the rub. The sepsis that has infected our economy became more obvious when the Fed wound down QE, a kind of battle dressing for the economy that covered a lot of wounds and scars, but did little to heal. Sure, the market has followed interest rates inversely. But the several times the market was deprived of quantitative easing have not been pretty. In fact, but applying the dressing of QE too often, the wounds in our economy have never quite closed.

But if reports like latest manufacturing tab continue, and— more importantly— the stock market starts to resemble the employment market, prepare for more battle dressed QE to cover up the festering sore. Because while the Fed can do nothing really to help the economy that it already hasn’t done, it can do more quantitative easing to prop up the market.

“Never mind raising interest rates,” writes the Wall Street Journal at the end of August, “Ray Dalio, founder of the world’s largest hedge fund, is predicting that the Federal Reserve will launch a fresh round of quantitative easing rather than tightening at its coming policy meeting in September.”

Well Dalio was wrong, but not by much…and ultimately he could just be early. One of the most dangerous feature of our new world order is how orderly monetary policy is around the world. I mean really: Everyone is doing QE, from communists, to fascists, to oligarchs, to the kakistocracy. And the funny thing is that no one seems to be able to connect the dots. It didn’t work in Japan in the same way it didn’t work in the U.S., in the same way it won’t work in Europe and China. Yet, everyone now blames China, when in reality it is a victim of the same monetary disease.

So in the absence of any critical thinking from the kakistocratical bunch that makes up our government, quasi or otherwise, about why every country suffers for the same malaise expect the QE refrain to start up soon.

At the beginning of the year I correctly forecast that this would be the year where the market and the economy finally met each other, and neither would make a good impression upon the other.

Try something better for free @ 1:45PM ET/ 10:45 AM PT with PageTrader.com‘s David Williams and John Ransom on Ransom Notes Radio. Register here: http://ransomnotes.tv/?p=129. Daily calls on the financial markets you can profit from with no cost to get started.