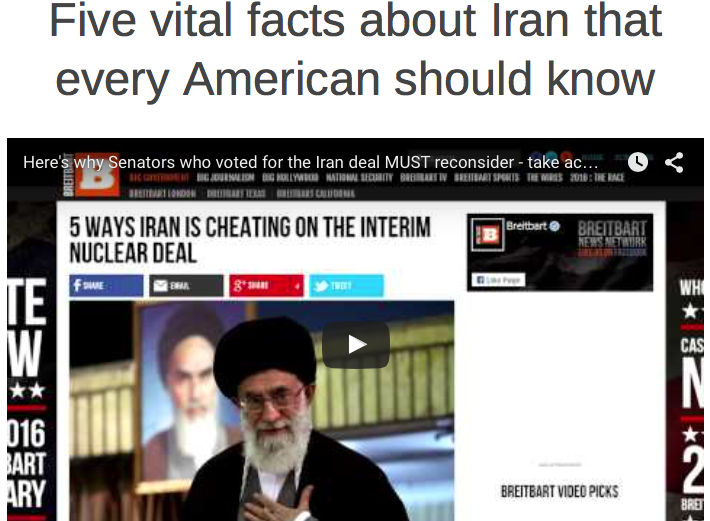 RedAlertIran.wordpress.com is a new action-oriented website which serves to educated and warn Members of Congress of the likely consequences of the Iran bill – also urges all Americans to contact their Senators to warn them to stop the bill.

The website outlines the five vital facts that Americans must know about Iran, which are:

(2) Iran’s supreme leader, Ayatollah Ali Khamanei, has supported Al Qaeda for more than twenty years – yet we are told he is now America’s “peace partner”

(3) For more than ten years, Khamenei and Iran’s top leaders have openly stated their intention to destroy America and Israel

(4) Under Khamenei, Iran has broken nearly every agreement it signed with the international community concerning its weapons programs, and other key issues

Well documented and coherent, Red Alert Iran is a must-read and an accurate source of the devastating facts that serves as a call-to-action for all Americans.  It has easy to follow links to help you urge your Senators to review and digest these facts carefully before casting their most critical vote.

Miss America Steps to the Left and Jumps the Shark With ONE Exception.

Kim Davis: “Impossible choice . . . my conscience or my freedom?”