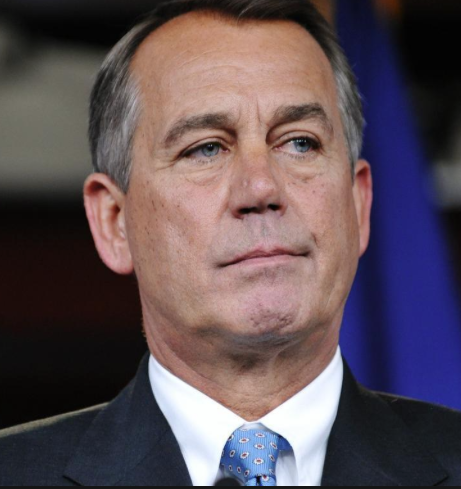 In a move that has stunned most of D.C., Speaker John Boehner, under fire from conservatives for years, is resigning from Congress at the end of October.

House Republicans said Friday they were stunned by Speaker John Boehner’s (R-Ohio) announcement that he plans to resign as their leader and from Congress at the end of October.

Boehner made the announcement at a closed-door conference meeting, which led to a long round of applause for him.

“He didn’t give anyone a heads up. This was a surprise to all of us,” Rep. Darrell Issa (R-Calif.), former chairman of the House Oversight and Government Reform Committee, told reporters after the meeting.

“He will be a great loss to us in many, many ways,” he said, adding, ”You can’t replace somebody with nobody and there’s a great void when he steps down.”

Rep. Steve Womack (R-Ark.) said lawmakers were shocked at the announcement but said Thursday was one of the defining moments in his Speakership when Pope Francis addressed Congress.

Womack said he wasn’t surprised Boehner would want to end on a high note.

“He was obviously choked up as one could predict, but again, let me just say [I was] surprised somewhat, but then given the events of yesterday, it’s a pretty good way to go out.”

While some were stunned, not everyone was upset about Boehner’s announcement, including Rep. Thomas Massie (R-Ky.). “If they don’t read the motion to vacate, they have no business applying to the job,” he said. “What has happened here is our republic was subverted because the Speaker abused his power. We are at an apex. The Speaker has so much power over every committee chairman, and that is something that is unhealthy for our republic. He took everybody’s voting card.”

Many lawmakers coming out of the meeting said they didn’t know who could succeed Boehner and didn’t offer any possible candidates’ names.

Rep. Tim Huelskamp (R-Kan.) said while he doesn’t know who should take over, conservatives have some requirements in mind for that person.

“What conservatives will be looking for are promises of procedure, that we’re going to open it up and let conservatives have a voice. I mean this place is run by mods … moderate Republicans,” he said.

Huelskamp said Boehner didn’t do “a very good job” satisfying conservatives, who he said outweigh moderates in the party.