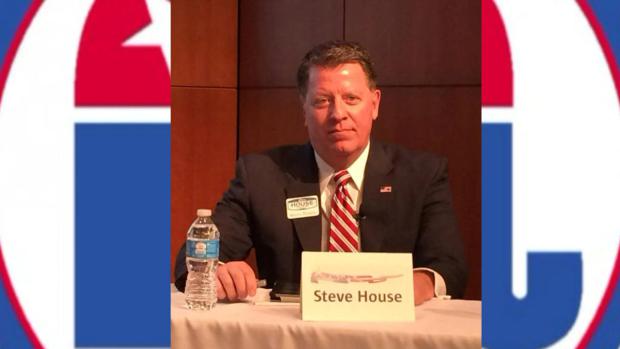 On the heels of the Colorado Republican Executive Committee’s decision to not hold a straw poll at the 2016 caucuses (which would have bound delegates to the national convention based on the new RNC rules), new questions have emerged regarding a possible behind-the-scenes plan to bind national delegates at the state convention.

The Executive Committee voted unanimously against a straw poll in their August meeting, thus preserving delegate freedom by keeping them unbound.

But there still is a possibility that the Colorado GOP will bind delegates. If a move is in place to bind delegates, it would happen at the next State Central Committee meeting in Pueblo, Colorado on September 26th.

Inside sources say that State Central Committee members from Montezuma County are considering a motion for a resolution to have the Executive Committee review their decision on the straw poll and hold another vote. However, that motion appears to be out of order according to party bylaws, leaving only one option to bind delegates—a motion to hold a straw poll at the state convention.

An email conversation between Chair Steve House and RNC Regional Political Director Peter Graves (who was referred to as the executive director of the Colorado GOP at the RNC summer meeting), reveals that Graves instructed House that delegates must be bound. 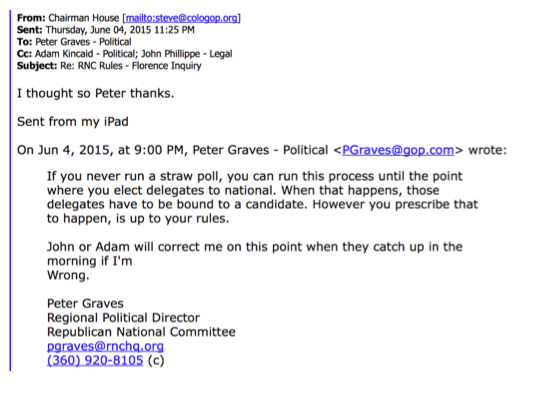 Graves wrote to House in a June 4th email:

“If you never run a straw poll, you can run this process until the point where you elect delegates to national. When that happens, those delegates have to be bound to a candidate. However you prescribe that to happen, is up to your rules.”

“The state party is allowed to have one presidential preference vote, and if it has one, it must be used to bind the delegatation. If this vote takes place at the state convention in April the allocation need not be proportional, although proportional allocation is certainly permissible. Given that CO traditionally has held a non-binding straw vote at the caucuses, you had to either eliminate that vote or move it to March or later and use it to bind. It appears that you have chosen the former and will bind based on a state convention vote, and this is compliant.”

Former chairs Ryan Call and Dick Wadhams along with RNC Committeeman Mike Kopp have come out in favor of the straw poll—that unlike previous years would bind delegates. 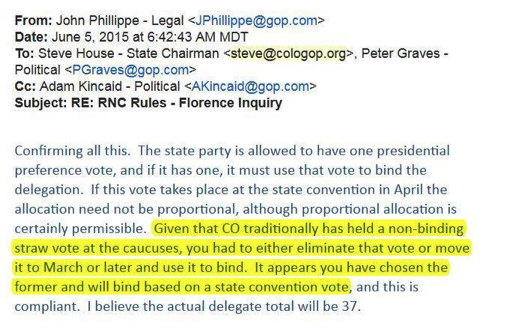 Wadhams made a plea to the State Central Committee to reconsider the straw poll in an op-ed for the Denver Post:

“I hope these leaders allow the full Colorado Republican State Committee, made up of around 400 county leaders and elected officials from across the state, to debate this decision when it meets on Sept. 26 in Pueblo and, hopefully, restore the caucus vote.”

House appeared to backpedal on the decision to cancel the straw poll telling the Denver Post that “the rules were not completely clear to us,” referring to the Executive Committee when they voted on the issue. An Executive Committee member—who asked not to be named—refuted that assertion.

House’s press release implied an understanding of the new RNC rules. “Eliminating the straw poll means the delegates we send to the national convention in Cleveland will be free to choose the candidate they feel can best put America back on a path to prosperity and security,” House said. “No one wants to see their vote cast for an empty chair, especially not on a stage as big as the national convention’s.”

House also defended the cancellation of the straw poll in a lengthy op-ed in the Colorado Springs Gazette. House stated, “In reality, this decision will give unprecedented power to our state’s delegates at next summer’s convention in Cleveland.”

Ben Carson Believes Islam is Not Compatible with U.S. Constitution