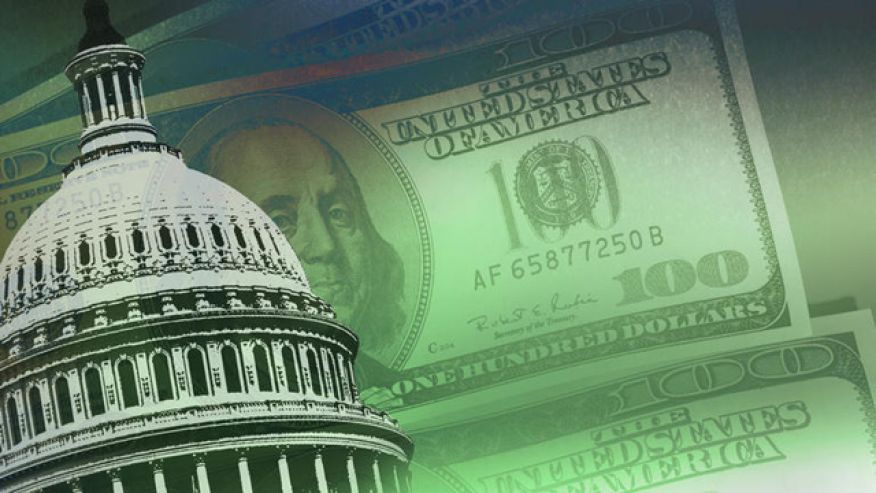 Since monetary policy can’t ensure a growing economy and president Obama acts like he doesn’t consider a healthy economy even necessary, the only thing left to do is what they should have done long ago: Get rid of the regulatory burden that’s keeping the brakes on the economy. It will do more than just help the economy too: It will help reform government as well.

There is growing chorus of cries from the Left that just the opposite is necessary. Over-regulation, they say, can help an economy.

Some, like the International Monetary Fund (IMF), have argued that excessive regulation can stop a country from having too large a financial industry sector. The theory is that a large financial sector encourages less and less productive investment thereby robbing other sectors of the economy. A more regulated finance industry would prevent the excess, says the IMF.

There’s only one problem with the study that the IMF used to create this theory: It’s not fact-based.

“Our analysis uncovers evidence of ‘too much finance,’” says the IMF, “in the sense that beyond a certain level of financial development, the positive effect on economic growth begins to decline, while costs in terms of economic and financial volatility begin to rise.”

They propose then that financial regulation is one way to make the sector smaller, and thus more efficient.

While it true that our financial sector is too big in some ways, it’s not because of too little regulation in the way the IMF means the concept of regulation. It’s because we have too much money in the economy that was artificially created by the government and the Federal Reserve. In short, regulators— that is the government— created too much money by policy and regulatory interference. And the only thing that they have done since 2008 is swap one collapsed credit bubble in housing that they created with another swelling credit bubble in the financial markets that they facilitated.

That, my friends is what quantitative easing was all about: facilitating the movement of the bad debt the government created in the housing market out of that market and into the stock market and other financial markets.

It’s possible that the move will turn out okay— that is if the Federal Reserve can stand to hold on to the mortgage and other debt until maturity without demanding full repayment.

But one need only look at the oil market to get an idea of what happens when a commodity or other market is subject to too much cash. During quantitative easing oil became overly financial in that it stopped being a commodity and started acting like a financial asset. Oil’s price action was more sensitive to supply-demand factors of cash rather than it was to the underlaying supply-demand for the oil itself. As quantitative easing wrapped up, upward price pressure started to relieve itself.

And that’s where we are today.

And getting rid of that cycle, which also feed the campaign finance cycle, is critical to getting the economy going again. If you want the money out of government there is only one reform you need to support: Get the government out of the money business.