Imagine what might happen if a white teenage boy brought something to school that looked like a bomb. Or a gun.  If the kid got wrongly charged with a potential terror attack, would Barack Obama invite this young man to the White House?  Would Hillary tweet praises to him?

Then why is a teenage Muslim boy being invited to the White House after bringing something that looked like a bomb to his school?  Everyone in the media is outraged because the “bomb” was actually a homemade clock. 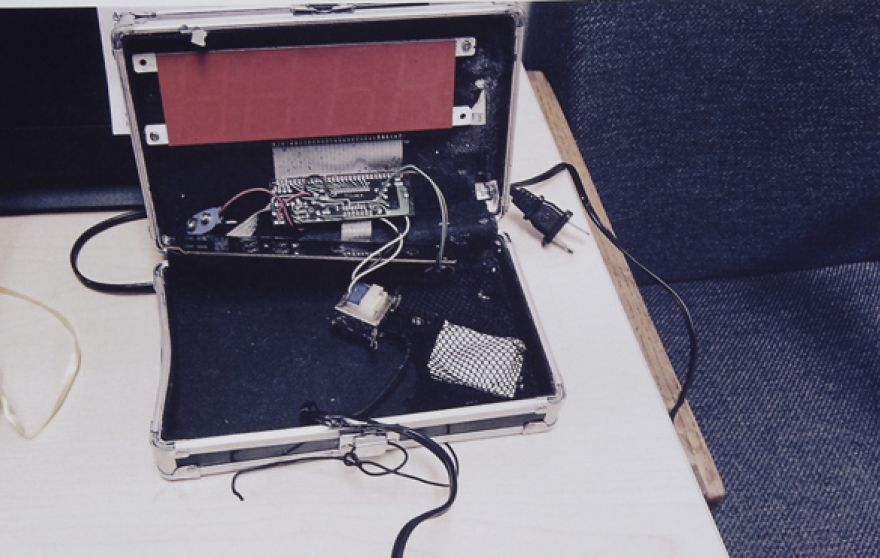 If you saw anyone of any age carrying this thing ANYWHERE, would you assume it was a “homemade clock”?

So was this really a simple horrible mistake on the part of the teenage boy?  Is this an example of that horrible Islamaphobia the media and Obama keeps screaming about?

Or is there something more nefarious going on here?

According to information Pamela Geller has uncovered, it’s possibly the latter.

When I first posted this story, I said it smelled fishy. Now it positively stinks. Does this look like a clock to you?

And now the plot thickens. In what has become one of the most egregious of the faked hate narratives, the bomb hoax clockster has a family with a history of supremacist stunts.

“One of the earliest instances of the standout citizen making national news was in 2011, when he sensationally stood up to an anti-Islamic pastor and defended the Koran as its defense attorney. That mock trial at a Florida church ended with the book’s burning, to ElHassan’s claimed shock. In an interview with the Washington Post at the time, the devoted Muslim said he’d take on Rev. Terry Jones’ challenge because the holy book teaches that Muslims should engage in peaceful dialogue with Christians.”

Also in 2011, ElHassan debated Robert Spencer on “Does Islam Respect Human Rights?” Clearly, he was trying to score against a famous “Islamophobe” and thus win a name for himself. ElHassan has been looking for publicity and chances to fight against “Islamophobia” for a considerable period. Now he has seized it, going so far as to claim his son was “tortured” by school and law enforcement officials.

Is Al-Qaeda Really the Moderate Alternative to ISIS?