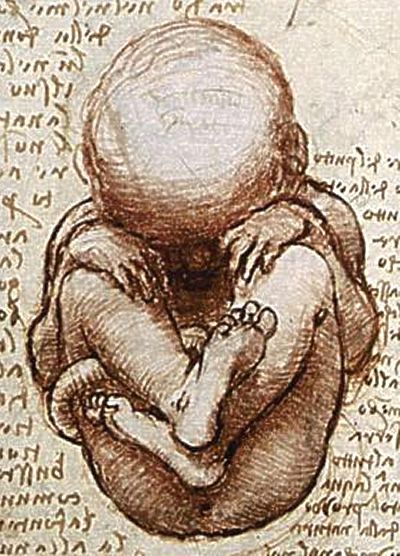 WARNING: the following piece requires a bit of focus and careful reading. It’s not mental bubble gum, so grab your favorite caffeinated beverage and read slowly. If you do, at the end you’ll understand how the wheels are slowly coming off the Planned Parenthood baby harvesting bus.

The liberal website Vox recently found an article it commissioned too disturbing to print.

Let’s start with an objective truth: Life is good. Life is worth living. Many liberals will disagree with that, citing crime, abuse, poverty yada yada yada, but these liberals for all their doom and gloom are still taking in oxygen and letting out hot carbon while arguing nobly for the “right” to kill others in the womb and the “right” for other poor miserable slobs to kill themselves with drugs. So liberals do agree that life is indeed worth living. They’re just too amazingly arrogant and narcissistic to believe that others’ lives could also be worth living.

The repugnant conclusion doesn’t mean that all lives are great or that there is no suffering. It simply articulates that an increase of human life results in a net growth in overall global happiness.

Leftwing website Vox recently asked a published Swedish philosopher Torbjörn Tännsjö, a professor of practical philosophy at Stockholm University, to write a piece explaining the “repugnant conclusion”. He did and did so simply and brilliantly:

You should have kids. Not because it’s fun, or rewarding, or in your evolutionary self-interest. You should have kids because it’s your moral duty to do so. . . .We have an obligation to go on with humanity, as long as we can, and as long as we create future individuals who live lives worth living. Procreative decisions are moral decisions, and we ought to see to it that, by our procreative decisions, we maximize the sum total of happiness.

Trouble was the piece explained why having children is the morally right thing to do from a scientific philosophical approach. That a pointy-headed ivory tower über-educated Swedish white professor would argue humans have a duty to procreate makes the baby killers and global warming Carbonistas‘ heads explode.

So Vox refused to run the piece. Instead, Gawker ran Professor Tännsjö’s piece and that’s how we learned Vox editor Ezra Klein muzzled the professor.

Vox didn’t want to run that sort of piece because it might persuade people that abortion and birth control are morally wrong on scientific grounds. Klein did not want people to misinterpret Tännsjö’s the piece “as implying opposition to abortion rights and birth control, which . . . is a real concern.”

The Left can ill afford women questioning the ethics of taking pills so powerful they make women sterile. Neither can the Left risk questions about the ethics of carving up babies in the womb to sell their body parts. It might derail the Planned Parenthood political money laundering operation funding the Democrat party elections.

Thus, the Pill is not poison; it is liberation. And abortion is not murder, it is autonomy.   The overwhelming video evidence of horrific, barbaric acts done to living human babies is dismissed as “manipulated” and therefore as somehow not true, despite hours and hours of visual and auditory evidence. Did these videos green screen Planned Parenthood executives nibbling salad, sipping wine and laughing about the fancy cars they want to drive? Show me the CGI in all those hours of tapes before you use the word “manipulated.”

Just as was revealed during the East-Anglia global warming peer review scandal (left-wing scientists intentionally buried theories contradicting global warming), this Gawker-Vox skirmish in the blogosphere reveals how leftist ideology-über-allas dominates media, especially when it comes to the ultimate end game of population control. Planned Parenthood’s allies in the media will silence dissent to population control in any form, even from abortion supporters like Tännsjö who do not embrace 100% of their sick ideology.

And that’s the really repugnant conclusion.

Scott Walker Becomes Second Candidate to Call It Quits for 2016