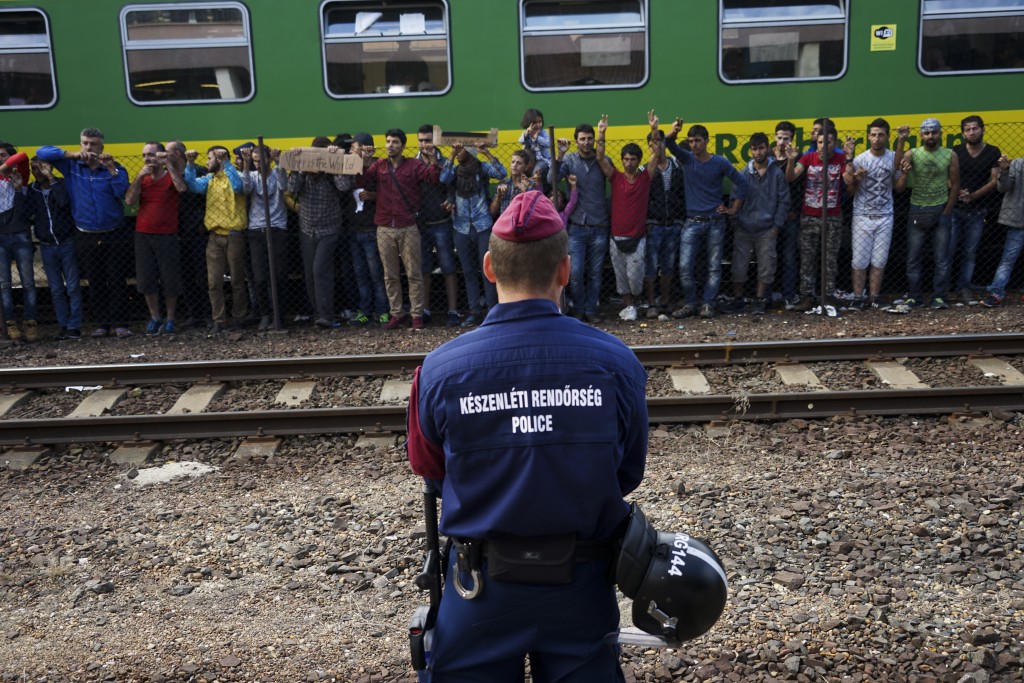 Even as the United States struggles with its own familiar immigration crisis, Europe is facing a similar issue that is fast becoming nothing less than a humanitarian disaster or possibly the biggest Muslim infiltration to the west. With vast swarms of Middle Eastern refugees, most of them Syrians fleeing a bitter warzone that has rendered their homeland unlivable, are flocking to European nations by land and by sea, hoping to find a safe haven. Europe is uncertain how to deal with the massive influx; the European Union is frantically assigning different countries to take in as many as possible at a time.

With Muslim countries refusing to take a single Syrian refugee, could thousands of surreptitious jihadists be funneling into Europe?

No wonder these people are fleeing. Their country is being disputed by not two, but three powers vying for supremacy. A civil war exists, as rebels strive to violently overthrow the existing Syrian government; but as if that weren’t bad enough, the terrorist group ISIS now controls a substantial portion of Syria, and its expansion encounters only limited resistance due to the regular army’s preoccupation with the other fight. And ISIS, fancying itself an Islamic State, is no pleasure to live under; those who refuse to conform to their rigid code of behavior are lucky to survive.

Unfortunately, responsibility for this nightmare scenario that is currently playing out can be squarely laid at the feet of the United States, or more specifically, the gutless leadership of the Obama administration. It was President Obama’s decision to precipitously withdraw from Iraq at a time when that nation still needed us that allowed such a violent, hateful group as ISIS to rise in the first place. Were it not for the absence of American troops keeping the peace in Iraq, there would be no ISIS presence in Syria; very likely there would be no ISIS at all.

What was needed was a united, comprehensive, and above all strong military effort by the United States and the European Union to maintain order in Iraq, with no withdrawal occurring until such time as they were able to care for their own countryside. That any less than that was done is a failure, not just to the Iraqi people, but indeed to the many Syrian refugees who now face a miserable, uncertain future as they struggle simply to find a place to live. This is what happens when America fails to lead, and lead surely. Evil will not rest; neither must we.