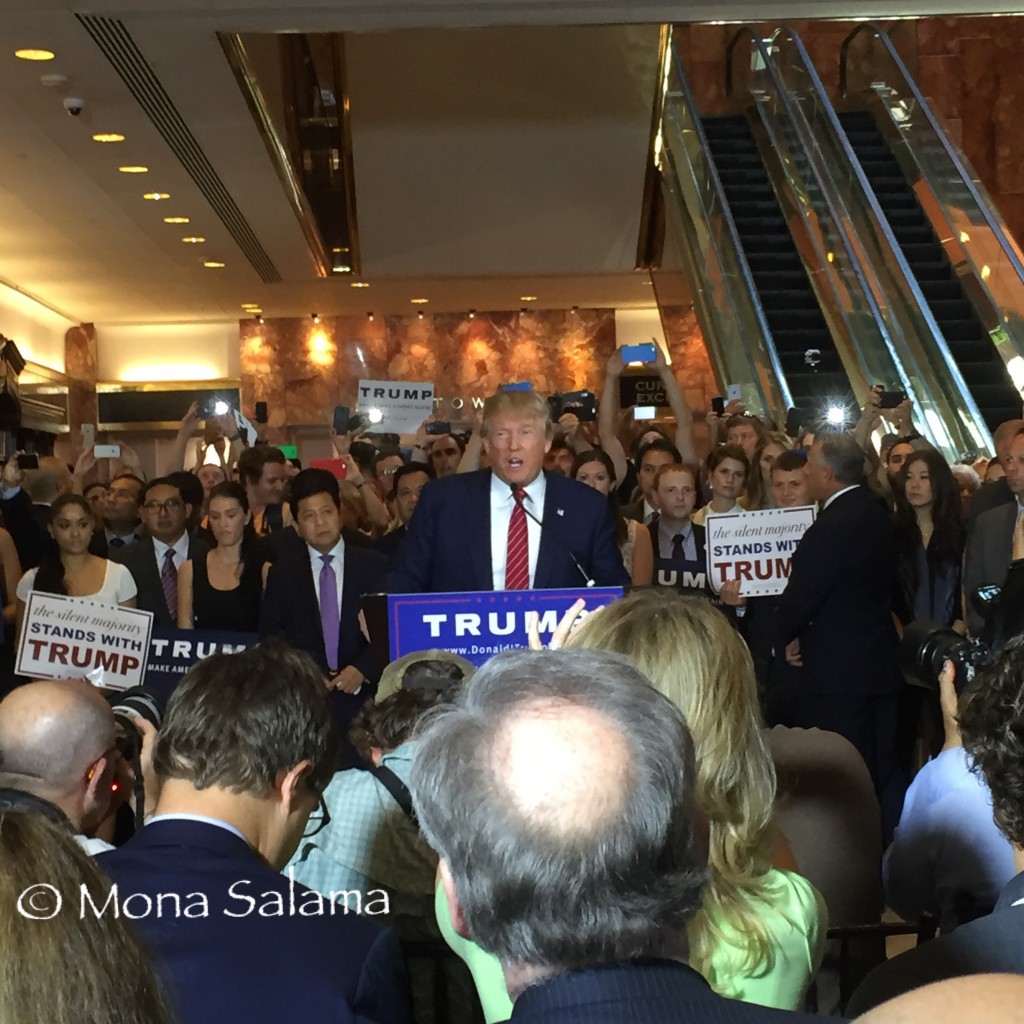 Donald Trump on Thursday “pledged his allegiance” to the Republican Party as well as standing by whoever will be the 2016 presidential nominee in a press conference at his Trump Headquarters in New York City.

After meeting with RNC chairman Reince Priebus in his office, Trump held a press conference where he stated his pledge by showing the signed document ruling out any plans to run as an independent or write-in candidate.

“I will be totally pledging my allegiance to the Republican Party and the conservative principles for which it stands, and we will go out and we will fight hard and we will win,” Trump said, surrounded by supporters holding ‘Stand with Trump’ posters

Trump said he wanted to be treated respectfully by the Republican Party during his presidential run and says he was “given a promise from the party” that they would do so. He also said he was promised nothing in return for signing the pledge and he wouldn’t change his mind now that he has agreed to take the pledge.

“I just wanted fairness from the Republican Party,” Trump said.

Hillary Clinton Makes History (But Not the Way She Expected...)