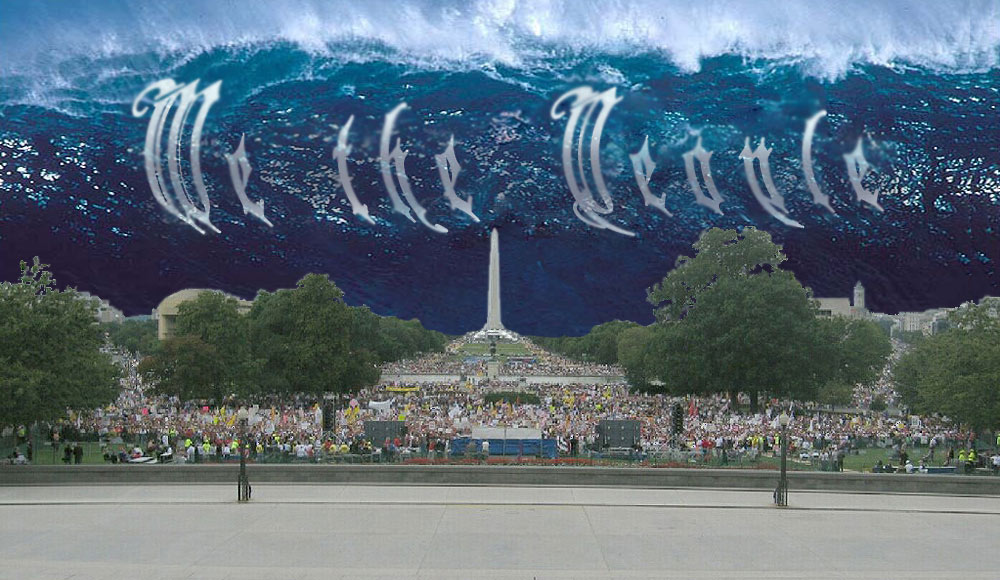 The trouble with the donor class, by and large, is that it is resistant to change because it doesn’t want to change. The Democratic and Republican donor classes donate for their business interests, but the Democratic donor class has a radical edge. Groups like the Democracy Alliance want a fundamental transformation of the country. And they understand how they can make money off that.

There are too many Republican single issue donors who are fairly liberal on everything outside that issue. And there are too many big business interests and financial folks who live in major cities and only differ from liberals in their economic policy.

The trouble with fiscally conservative and socially liberal is that the left is not a buffet. You don’t get to pick a combo identity. Fiscally liberal follows socially liberal as day follows night. All those single people, their babies need assorted government benefits. No amount of lectures on “liberty” will change that. Austrian economics is never going to displace food stamps for the socially insecure.

A lot of the Republican donor class would like to have its cake and eat it too. It wants the fun of a liberal society without having to pay the bill. It wants cheap Third World labor without wanting to cover their health care, the school taxes and all the other social welfare goodies.

But it doesn’t work that way. There’s no free ride.

Yes, they can move to a township where the property taxes are killer, and dump their pool guy and tree trimmer and maid in some city to live in housing projects at the expense of that city’s shrinking middle class and working class. And it can work for a while, until all those cheap laborers get community organized and the organizers take over the city. And then the state.

And then there are housing projects in the township, everyone is plugged into the same statewide school tax scheme and the left runs everything and taxes everything.

The wealthier members of the donor class can outrun this process longer. Or just live with it while funding groups that promote “Liberty”, the way the Koch Brothers do, but the bill always comes due.

You can’t outrun the political implications of poverty in a democracy. And you can’t stop those political trends without addressing the social failures that cause them. A socially liberal society will become politically and economically liberal. Importing Third World labor also imports Third World politics, which veer between Marxism and Fascism all the way to the Islamic Jihad.

Everything is connected. You can’t choose one without the other.

We’re not going to have some libertarian utopia in which everyone gets high and lives in communes, but doesn’t bother with regulations and taxes. The closest thing you can find to that is Africa. Nor are we going to be able to import tens of millions of people from countries where working class politics is Marxist without mainstreaming Marxism as a political solution in major cities across America.

People are not divisible that way. Human society is not a machine you can break down.

The left has fundamentally changed America. Much of the donor class hesitates to recognize this or prefers to believe that it can isolate the bad changes from the good changes. It doesn’t work that way.

Getting the kind of fiscal conservatism that a lot of the donor class wants requires making fundamental changes to the country. You can’t just tinker with economic regulations in a country where schoolchildren are taught to demand taxes on plastic bags to save the planet or where a sizable portion of the population is dependent on the government. Those tactics can rack up ALEC victories while losing the war.

Fiscal conservatism requires a self-reliant population that believes in the value of honesty and hard work. Those are not compatible with social liberalism or casual Marxism. Individually, yes. It’s possible to make money while being a leftist. But spread across a large population with different classes and races, those individual quirks will not be replicated. And you can’t create that population with slogans. You have to be able to shape national values, not just economic policy.

There are no single issue solutions. At best there are single issue stopgaps. But the left is not a single issue organization. It has narrowed down most of its disagreements and combined its deck of agendas. Its coalition supports a large range of programs from across the deck. It’s still possible to be a pro-abortion Republican, but the political representation of pro-life Democrats is disappearing.

You can be a Republican who supports the Muslim Brotherhood, but a Democrat who says anything too critical about Islam has a limited future in his party at any national level. The same is true across the spectrum. Kim Davis is a Democrat. How much of a future do Democrats opposed to gay marriage have? Meanwhile it’s possible to be a pro-gay marriage Republican.

The Republican “big tent” is more a symptom of ideological disarray, as we’ve seen in this primary season, by a party that doesn’t really know what it believes, than of tolerance. But the left has taken over the Democratic Party and made its agendas into the only acceptable ones.

There are still some national Democrats hedging weakly on gun control and environmentalism, but they’re going to be purged. Their party will abandon them and Republicans will squeeze them out.

A lot of the donor class is really seeking an accommodation with the left. The election was warped when the Koch brothers decided to find common ground with the ACLU on freeing drug dealers. They dragged some good candidates in with them and down with them destroying their credibility on key issues.

You can’t have an accommodation with the left. The left isn’t seeking a compromise. It wants it all.

The left has to be fought all the way or surrendered to all the way. There’s no middle ground here regardless of what philosophical objections are introduced, because that is what the left is doing. It’s easily observable just in Obama’s two terms.

The left has to be fought totally or not at all.

Single issues can be important and it’s good for people to pick one or two things to focus on, but that has to come with the understanding that there can be no accommodation with it in any other area. An organization fighting gun control is doing important work, but its backers should never fall under the illusion that the 2nd amendment can be maintained if the left wins on all the other fronts.

As Benjamin Franklin said, “We must all hang together, or assuredly we shall all hang separately”. The quote is true today in all its implications as it was then. We must have a conservative movement that is united in a common front or we will be dragged down one by one. There will be no conservative issue islands left to stand on if the red tide comes in.

The final point is that it is not enough to resist. That’s just delaying the inevitable. Even the strongest resistance can be worn away with time. If the left can’t win directly, it focuses on the next generation. If cultural barriers are in the way, it goes for population resettlement, as it’s doing in parts of this country and Europe. There is no such thing as an impregnable issue island.

To do that, we have to accept that fundamental change is necessary. Right now we’re fighting a losing battle. We’re trying to keep the tide out, when we must become the tide.

Why Washington Outsiders are Polling Well This Election Season

How Do We Know What Politicians REALLY Believe, and Does It Matter?