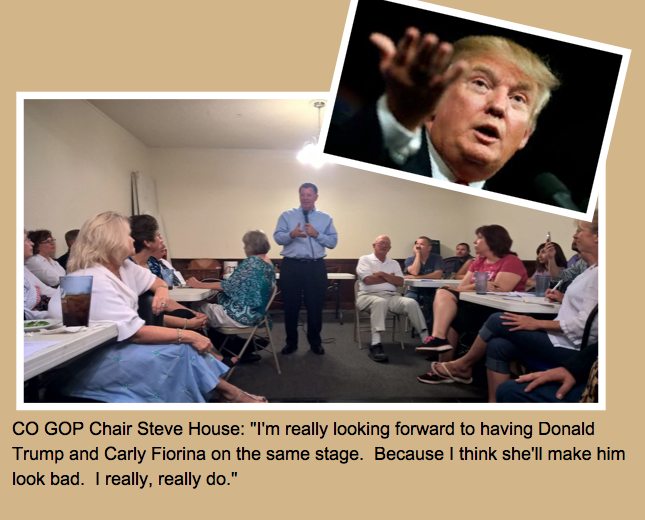 In an audio of Colorado Republican Party Chair Steve House speaking at an August 11th Pueblo County GOP meet-up, House made some interesting statements about Donald Trump. Here are some of his comments from the meeting:

“Do I think he’s going to be the nominee? Absolutely not.”

“Do you know who he’s taking away votes from? Ted Cruz. Right, Ted Cruz, right? Which is so hard to believe.”

“I’m really looking forward to having Donald Trump and Carly Fiorina on the same stage. Because I think she will make him look bad. I really, really do.”