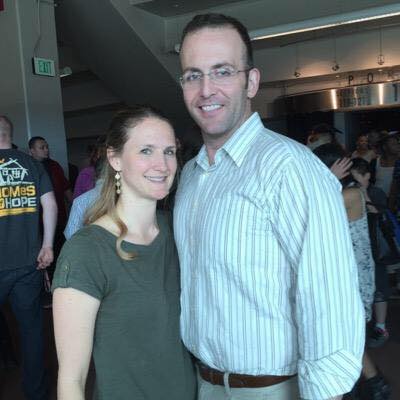 Republican Activist George Athanasopoulos posted the following open letter to the Colorado GOP Executive Committee (COGOP EXCOM) on Facebook expressing support of the decision to cancel the straw poll in light of the new RNC rules that would bind delegates.

Here is the letter in its entirety:

Members of the COGOP EXCOM,

You did a fantastic and courageous thing by voting against the statewide straw poll at your last meeting. Now you need to own it. Do not allow second-guessing or quibbling to diminish your vote.

Sections in the Denver Post like this are not helpful for building the brand or bolstering your personal reputations:

“Colorado GOP Chairman Steve House acknowledged that ‘the rules weren’t completely clear to us’ when the decision was made. But he cautioned that the new interpretation may not change the outcome.”

The quote above implies that you either voted on a subject you did not understand or you were somehow fooled into voting the way you did. Neither is particularly helpful to the conservative cause.

You need to take control of the narrative and explain why your actions were in keeping with the best interests of the Colorado Republican Party.

I believe the discussion on the straw poll centers on three points:

Here are two specific examples to base point #2 on:

a.  Rule No. 40(b) of The Rules of the Republican Party stipulates that a candidate must receive a MAJORITY of the delegates from EIGHT separate states in order to be nominated.

With bound delegates and this rule in place, the combined effect prevents any manner of coalition building. Total delegate counts and ideological alignment matter for nothing if candidates are denied inclusion on the convention ballot based on the eight-state threshold.

b.  Republican Party Rule No. 16(a)(2) specifically states that “…If any delegate bound by these rules, state party rule or state law to vote for a presidential candidate at the national convention demonstrates support under Rule 40 for any person other than the candidate to whom he or she is bound, such support shall not be recognized.”

The Colorado Republican Party did not enact these rules, it was the Republican National Committee. If any Republican wants to see these rules changed or have a straw poll in the future, support delegates for the national convention who will vote to have them changed.

Will some candidates not come to Colorado because there is no guarantee that they will capture our delegates. Maybe. Will Colorado voters miss out on the chance to grab some free hot dogs at a meet and greet with candidates? Maybe.

Will this make Colorado irrelevant? Not by a mile.

Let me give you two scenarios:

So was the decision to not have a straw poll a good one? Absolutely. Now own it and go out and explain to people why. 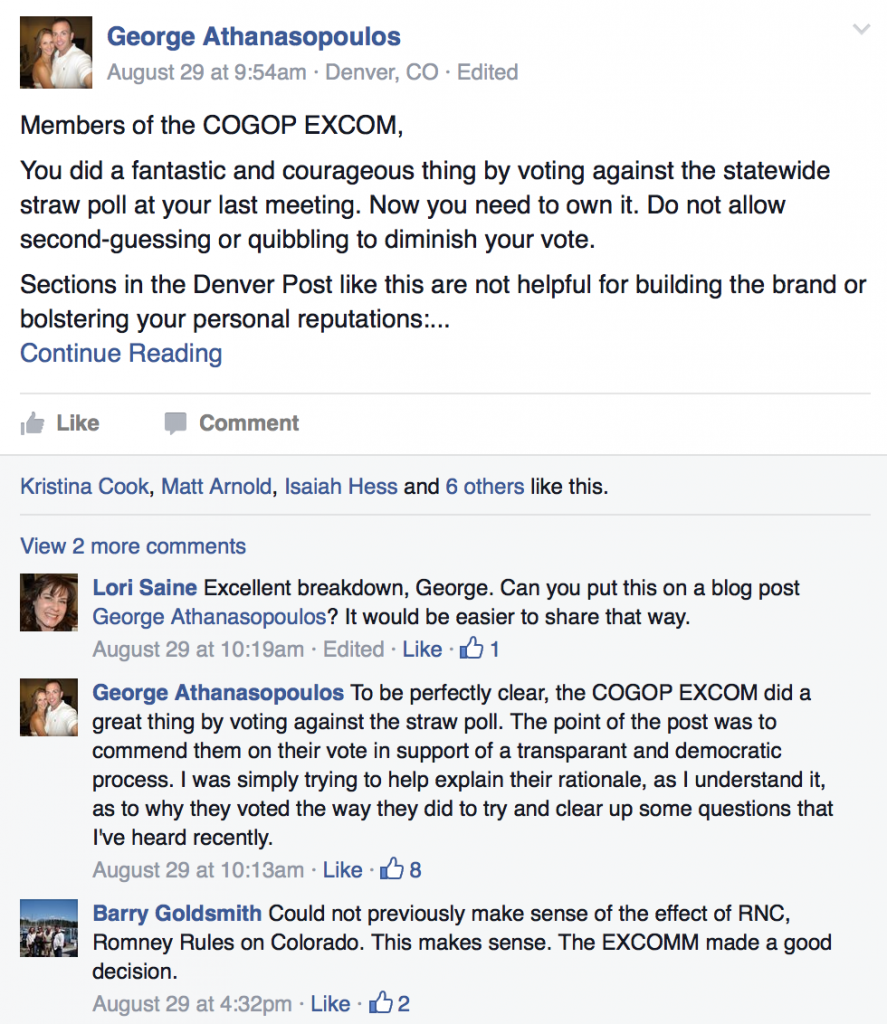 Citing SCOTUS Gay Marriage Ruling, Judge Says, 'Who am I to grant a divorce?'

Potential U.S. Senate Candidate Says He “Feels” Like a Conservative