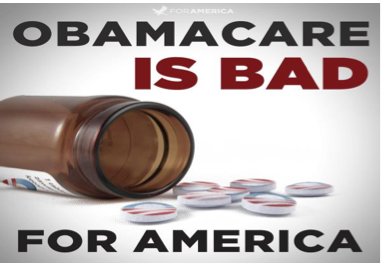 Since the passage of the Affordable Care Act (A.K.A. “Obamacare”), we have already seen numerous transformations in our healthcare system. While millions of Americans finally have healthcare coverage (through the Obamacare exchanges), the complex law has also come with onerous problems. Loss of preferred health insurance policies, premium increases, tax hikes, and oppressive regulations are just a number of reasons why Congresswoman Nancy Pelosi probably wanted to wait to pass the bill before any of us got a chance to read it. Unfortunately, there are several other Obamacare ramifications that are about overwhelm us in the next year.

Employees are considered full-time if they work at least 30 hours per week, or their service hours equal at least 130 hours a month for more than 120 days in a year.

While the ‘employer mandate’ ensures that businesses will provide health insurance for their full-time employees, it has also already caused various employers to cut employee work hours back to part-time status. Many employees have reported that they have had to take on a second job in order to compensate for their income reduction. In 2016, more workers are likely to see wage shrinkage as work hours continue to dwindle to 29 hours per week or less.

Indeed, part-time employees will still be eligible to enroll for healthcare coverage through the Obamacare exchanges, but it still may not compensate for the loss of income.

Of course, there will certainly be penalties for businesses that choose not to comply with Obamacare’s new mandates. The employer mandate fee (which is officially called an ‘Employer Shared Responsibility Payment’—typical clever Progressive word-packaging) is the per-month, per-employee fee for employers who have more than 50 full-time equivalent employees and don’t offer health coverage to the required amount of full-time employees, as well as their dependents up to age 26.

The employer will generally owe the penalty (‘fee’) if:

According to Market Watch:

“The penalty for running afoul of the market reform restrictions is $100 per-employee per-day, which can amount to $36,500 per employee over the course of a full year.

According to the IRS, the penalty can be assessed on employers for simply offering plans that reimburse employees for premiums paid by them for individual health insurance policies. The penalty can also apply to direct employer payments of premiums for employees’ individual health policies. We will call such premium reimbursement/payment plans employer payment arrangements.

Employer payment arrangements have long been a popular way for small employers to help workers obtain health coverage without the hassle and expense of furnishing a full-fledged company health insurance plan. Under an employer payment arrangement, the employer reimburses participating employees for premiums paid for their individual health insurance policies or pays the premiums directly on behalf of participating employees.”

Needless to say, employers aren’t going to continue arrangements that would be hit with the penalty, and that is very unfortunate for employees who would have benefited.

Hold onto your pocketbooks. Many health insurance providers are planning to make the 2016 premium hikes tremendously large. Many are proposing double-digit premium increases for individual policies.

According to Washington Examiner, “Health insurers are proposing to raise Obamacare rates more than in the past — some by more than 70 percent — now that they are finally equipped with all the information they need to price those plans.”

Plans wanting to raise rates by at least 10 percent next year posted the proposed increase online in June, as required by the 2010 healthcare law. Insurers are allowed to raise rates each year, but they must publish significant increases ahead of time.

“Experts are predicting rates will escalate faster next year than in the two years prior, as insurers take a close look at who is enrolling in Obamacare plans to get a good sense of the overall picture.

While plans and rates vary by state, a look at rate increases published in June on healthcare.gov shows many hovering around 10 to 30 percent in many states.

But there’s also a sprinkling of even bigger hikes. Blue Cross wants to raise its most expensive “platinum” plan in Alabama by 71 percent next year. Aetna wants to charge 59 percent more for one of its small group plans in Virginia. Time Insurance Co. is proposing a 64 percent hike for an individual plan in Georgia.”

Unfortunately, the insurance rates hikes for 2016 may just be the beginning.

The decision now pretty much guarantees that all the Obamacare tax increases will be with us, at this point, probably forever.

According to Market Watch, here’s a quick refresher course on the now-entrenched Obamacare tax increases that could affect you:

Before Obamacare, the Medicare tax on salary and/or self-employment (SE) income was a flat 2.9%. If you’re an employee, 1.45% was withheld from your paychecks, and the other 1.45% was paid by your employer. If you’re self-employed, you paid the whole 2.9% yourself.

Before Obamacare, investment income was not subject to any sort of Medicare tax.

The entire purpose of Obamacare –is to provide health care coverage to MORE Americans. Yay… that’s a great thing, right?

Not so fast.  ‘Having healthcare coverage’ does not necessarily mean you are going to get to visit any doctor or hospital you like or need (as President Obama previously promised).

As we are learning, insurance plans sold on government-run Obamacare exchanges on average, have 34 percent fewer hospitals and doctors—including specialists—in their provider networks than health policies sold outside those exchanges or offered by employers, a new analysis finds.

“The gap in health providers covered by plans is particularly wide when it comes to cancer and cardiac specialists, according to research by the Avalere Health consultancy.

Obamacare policies on average had 42 percent fewer oncology and cardiology specialists available to patients in their networks than private plans sold outside the government marketplaces.

Avalere’s analysis quantifies what have to date been anecdotal reports about the more than 10 million customers of newer Obamacare plans often facing “narrow” or “skimpy” health provider networks compared to customers of traditional forms of private health coverage.

Obamacare regulations have been escalating since the law’s passage, and they will continue to soar through 2016. Most physicians simply want to take care of their patients without having to deal with more regulations and more government bureaucracy. Yet, under Obamacare, they are forced to comply with a morass of paperwork requirements that add no value to the doctor-patient relationship.

“Every person is a unique individual, and you can’t cookie-cutter medical care; it’s individualized.” He also describes, “In the past three decades, I have seen health care become more and more regulated by government. Of the 15 employees I hire, five of their jobs are completely devoted to filling out insurance forms and government paperwork. All that administrative work can detract from time spent on patient care…It makes it difficult to take care of the whole person—body, mind, and spirit—if you don’t have an environment where you are free to do that.”

According to my surgeon husband, Dr. Paul Sasser, “One way the government can cut costs– is by decreasing the number of patients that doctors can see each day. This is achieved by increasing the amount of time-consuming paperwork they have to complete on each patient.”

Here’s the thing–you may think that all the ‘red tape’ does NOT personally affect you at all. But it increases the amount of time you have to wait to see your favorite physician (which can sometimes be a “life or death” situation). So, when you have to wait FOUR months for an appointment and/or have to wait for TWO hours in the doctor’s office, you can thank those Obamacare regulations for a great deal of that.

The healthcare law has little to do with quality patient care, but much more to do with government control.

It’s no secret that our pre-Obamacare health care system certainly had some serious flaws. According to Physicians for Reform, two of the biggest problems include:

In many cases, Obamacare continues to exacerbate these issues, and the prognosis is yet poor for 2016.

That’s why many Americans still believe that the law should be repealed and replaced with more patient-centered solutions.

May We Have a Government Shutdown Please?

Opinion: Why the Pope Shouldn't Have Addressed Congress