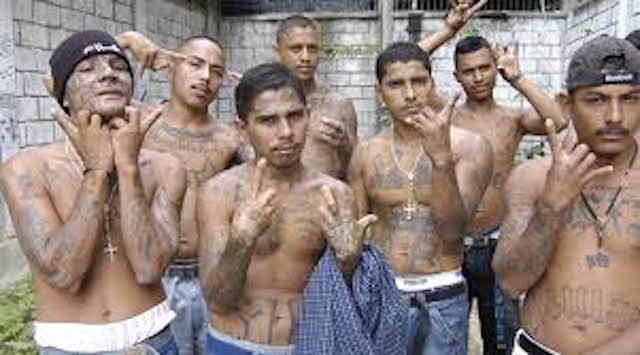 Ever since news broke of Kate Steinle’s murder in San Francisco, a political war between Democrats and Republicans continually flares ever brighter than Fourth of July fireworks. Suffice it to say as in all other cases, the Left’s lack of a moral compass inhibits any demonstrable compassion for Ms. Steinle’s family, much less victims in the intentionally-suppressed information involving the crime wave by illegal immigrants.

Of course, no one in the left-wing media willingly reports on this matter. And as Breitbart discussed, one will never read these reporots in The New York Times, Atlanta Journal-Constitution. Miami Herald, and forget about it over NBC Nightly News. As a result, naturalized citizens remain “blissfully unaware” of the following statistics:

The detail of 5.6 percent of the total population of the four states discussed are provided by the 2010 U.S. Census. Furthermore, all figures were compiled by the Government Accountability Office (GAO), extrapolating official Justice Department data of illegal immigrants presently incarcerated in America’s correctional facilities. As such, this tally was cited at a recent New Hampshire conference, sponsored by the highly-reputable Center for Security Policy (the full conference headlined by James Simpson can be seen HERE.)

So politically-inexpedient are the true details, better than 90 percent of criminal aliens incarcerated are “illegal aliens” under the taxonomy of the federal Bureau of Prisons generalizing them “criminal aliens” as a cover to deter potential public scrutiny. Similarly, Texas’ Department Safety reported between 2008 and 2015 some 35 percent of convicted murderers were illegal aliens. The Obama Justice Department details all data on the total criminal aliens incarcerated in each state prison system and county correctional facility. Thus under socialist designs in Washington and their conspirators in the mainstream press, they remain unaccountable for the murders of 7,085 for by illegal aliens — who are being appointed as public officials in California.

The Washington Times reported in 2013 the Department of Homeland Security lost track of better than one million illegal aliens recorded to have arrived, but could not prove had left the country. These finds were revealed to Congress by the GAO. Both Houses insisted any final deal for immigration reform would have to include a workable system tracking entries and exits to decrease the number of visa overstays.

According to Breitbart, Chattanooga, Tennessee gunman Mohammed Yousef Abdulazees had emigrated to the U.S. from his native country, Kuwait. According to census data, the U.S. admits roughly 100,000 Muslim immigrants annually, the fastest growing demographic bloc for immigration nationally. Tennessee (my home state) is experiencing one of the nation’s fastest growing Islamic immigrant population booms, prompting President Obama to expand immigration in response to a problem he exacerbated. Nashville Mayor Karl Dean (D) launched the New American Advisory Council to aid facilitating “legally-sanctioned” transitions from the previous inhabitants in the state capital to the new ones.

Over the next decade, an estimated 6.2 million Muslims will emigrate to the U.S. Unlike the illegal variety, legal immigrants — in which Muslims possibly receive targeted, preferable treatment — will be granted automatic work permits, access to welfare and the ability to vote as citizens.

Both senators Lamar Alexander and Bob Corker played critical roles ramming through the Gang of Eight’s bill, tripling the number of green cards issued over the next decade. And it should be noted Corker was accused in 2006 by then-Democrat senatorial candidate Harold Ford, Jr. during their debate of illegally-hiring four illegal immigrants at one of his construction worksites 18 years earlier. He alleged the Immigration and Naturalization Service (INS) three times investigated Corker, who claimed he did not firing the four individuals in question because they were contractually-obligated, that the matter was “rectified quickly”.

The lack of a border with Mexico has taken a catastrophic turn with the escape of Joaquin Guzman (“El Chapo”). Guzman’s Sinaloa drug cartel could never have reached its present heights without direct support from Washington since the 2000’s. El Universal documented the kingpin’s rise with the DEA’s relationship with one of Guzman’s lawyers, which provided it “permission” to smuggle its drugs into the U.S. in exchange for information to topple smaller rivals.

“70 to 80 percent of the narcotics here are controlled by Sinaloa and Chapo Guzmán. Virtually all of our major investigations at some point lead back to other investigations tied to Sinaloa.”

Given the administration smuggled weapons to Sinaloa during Operation Fast and Furious, no doubt the president armed cartels and Mexican military installations adjacent to the border given the CIA and DEA have conducted business with Sinaloa for years.  (This begs the question, did Tennessee gunman Mohammed Yousef Abdulazees receive his weapon during Operation Fast and Furious?)

Meanwhile, President Obama requested from Congress $39 million, citing to House Speaker John Boehner, “This funding would support a sustained border security surge through enhanced domestic enforcement, including air surveillance.” Obama claimed it would serve as part of an effort to “systemically take care” of what he called an “urgent humanitarian situation.”

By July 2014, refugees from Central America flooded the border by the thousands to escape the violence and poverty wrought by drug cartels. Yet House Judiciary Chairman Rep. Bob Goodlette (R) cited why he didn’t support this:

“President Obama has many tools at his disposal now to quell this activity at our southern border, such as enforcing immigration laws and cracking down on rampant asylum fraud. Unfortunately, none of these tools are mentioned in his proposal.”

Mexidata.info chronicled the deteriorating political security climate along the border:

“In Chihuahua, where the Cartel de Sinaloa began to challenge the dominance of the Cartel de Juárez and its control of trafficking routes, the large industrial town of Ciudad Juárez also experienced increased violence and forced displacement. The Municipal Planning Institute reported in 2010 that there were up to 116,000 empty homes in Juárez.

In 2010, federal authorities did not acknowledge, assess or document the needs of the people displaced, instead focusing their efforts on fighting the drug cartels. International agencies present in the country with protection mandates, including UNHCR and ICRC, followed events but, in the absence of government acquiescence, they did not establish programs to provide protection and assistance or promote durable solutions for those forcibly displaced.”

Finally, the concern with “Narco-Refugees” infers a collaboration between Obama and Mexican cartels.

“Policies focusing on ‘Narco-Refugees’—individuals who leave Mexico unwillingly and submit asylum claims in the U.S. as political refugees— also need to be further developed… Additionally, ‘Mexi-stan’ concerns and the interrelationship of U.S. drug policy vis-à-vis immigration policy and national security as they relate to the ‘narco-refugee’ phenomenon as highlighted by the author have to be further examined… Still, it is important […] to recognize that Internally Displaced Persons (IDPs) exist in Mexico due to the criminal insurgencies taking place and that ‘Narco-Refugee’ potentials increasingly exist for the United States.”

Given Tom Cotton and ex-CIA agent Mike Baker reported last fall Mexican cartels collaborate presently with ISIS, the problem is the enemy appears to reside at the White House. The location in 2013 of radioactive material by hijackers who departed Tijuana for Mexico City is at least, disturbing. 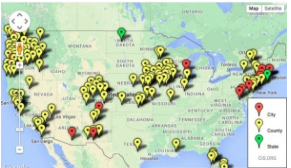 The Washington Examiner reported July 15, 2015 some 276 sanctuary cities released more than 8,000 illegal immigrants with criminal records or face charges despite federal requests they be turned over to Immigration and Customs Enforcement (ICE) for deportation. The Center for Immigration Studies claims these releases from cities ignored federal demands transpired over a period of eight months, and were a part of a much larger release of 17,000 illegal aliens with criminal records. No doubt then, many were Islamic terrorists entering from Mexico, aided by the DEA and Mexican drug cartels. Author Jessica M. Vaughan, the director of Policy studies for CIS, reported many were rearrested following their release, with some 7,500 new charges. The majority — some 5,182 — had past criminal records such as Steinle’s murderer Juan Francisco Lopez-Sanchez, who had been previously deported five times. Among those, 2,984 had prior felony charges or convictions. Vaughan’s report confirmed some ten percent of new charges involved “dangerous drugs”, while seven percent were for driving under the influence (DUI).

Should a Republican win the presidency in 2016, the final solution must involve forced entries into hideouts, homes and work establishments of illegal aliens in sanctuary cities under strict enforcement of federal guidelines. Sanctuary cities could therefore host detention camps where incarcerated offenders would be organized and deported in a timely fashion to address the greatest threat to America’s national security. In doing so, some 276 regional illegal alien detention camps would hopefully expedite the process.

Planned Parenthood Atrocities: Not On Our Watch