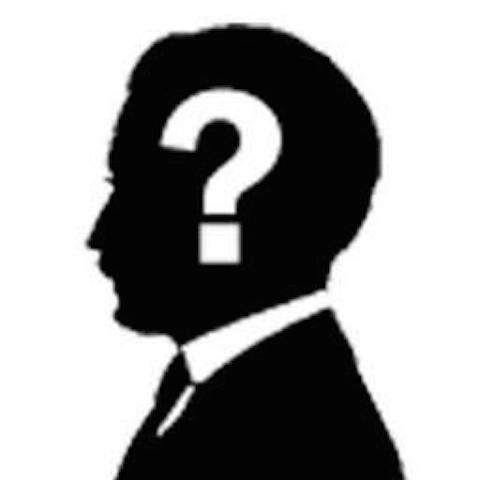 Perhaps you missed this small and unimpressive candidate for president, for his physical presence was as weak as the voice that delivered his message. At barely five feet, two inches tall, he stood up and criticized our government’s expensive actions, focusing on the problems before us instead of engaging in the sound bite war waged by the other candidates.

Some in the audience craned their necks to hear his timid presentation, but most quickly dismissed him as being horribly incompetent in today’s media society. However, his words hit home with some people as he spoke about how Congress was wreckfully using money to gain influence with the common voter:

“If Congress can employ money indefinitely to the general welfare, and are the sole and supreme judges of the general welfare, they will appoint teachers in every state and pay them out of their public treasury, along with the education of children, establishing in the same manner schools in every State throughout the Union. Congress will assume provisions for the poor; and will undertake the regulation of all roads, not just the Interstate highways. In short, every thing, from the highest object of state legislation down to the most minute object of police, would be thrown under the power of Congress.”

O.K., this was (unfortunately) not said at the last debate but those are close to the exact words that were delivered on the floor of the House of Representatives in the late 1700’s by eventual President James Madison. Although Madison is known as the “Father of Our Constitution,” his intelligence, principles and knowledge would mean absolutely nothing in today’s made for TV politics and vote-buying contests. The great man didn’t have the teleprompter reading abilities, commanding voice and stylish jaunt that makes today’s charismologist a presidential contender. And, what’s worse, the average voter doesn’t understand what politicians should be doing, because they do not understand our constitutional foundation; so, they vote for the cool, stylish guy who gives you government goodies.

Think about this: The two leading Democratic candidates are offering free college education. But, they will not address the insane costs of education, possibly because of their funding affiliations with the teacher’s unions; and they don’t care one bit about the horrible debt they have already infected us with.

Do you realize that we sat through a two-hour debate where not one candidate mentioned the constitutional duties of the president? That the party that brought on the greatest debt in the history of the planet wasn’t chastised for their evil deed?

In the absence of the Republican’s admonishment, the Democrats are doubling down on the debt by offering more benefits to the citizens for their votes.   Hillary and Bernie are gaining ground by offering more benefits from the treasury, while the voters are following them like the zombies in the movie “The Mummy;” but, instead of chanting “Imhotep,” they’re repeating “wantmoredebt.”

The Republican focus should be twofold. First, the debt must be addressed in certain, hard-corps terms. Kurt Schlichter made it clear: They go for your jugular, go for theirs!” He’s right. The Democrat vote-buying machine relies on taking from the future in a war that the children can’t fight. So, I accuse Democrats of “Fiscal Child Abuse.”

Now, don’t be shy. If this nation means anything to any of you we have to fight for it. We will continue to lose if we insist playing by the Marquis of Queensbury rules against a faction that fights every way it can with lies, manipulated data, compromised news services, money laundered through its union workers & donors and buys votes by using taxpayer’s money.

Second, our Constitution must be brought to the forefront in the debates, not abandoned.

We can use our president as a good example. The Constitution that he twice swore to “preserve, protect and defend” orders that the President “take care that the laws be faithfully executed.” He is to enforce the law, not change it, which is a power of the Legislative branch alone. But our president claims that our immigration laws are broken and need to be changed, so he refuses to enforce them. That is an impeachable offense, yet Congress does nothing but talk.

Why aren’t the Republicans addressing these horrible crimes against the people? Why do I think that Donald Trump is the only candidate who will?

The point of this letter is that we are losing our foundation because it is not being addressed in proper terms. We have to bring our Constitution back to the forefront in the debates and fight with the same energies as our opponents. We have to “trump” their every call for more government by addressing the horrible debt they’ve placed on the children. Think of this: The extremist Democrats have given the children one of two choices: Either be born into horrible debt, or be aborted.  Some choice.

Are Hillary's E-Mails Her "Blue Dress"? (Or Perhaps Blue Pantsuit?)