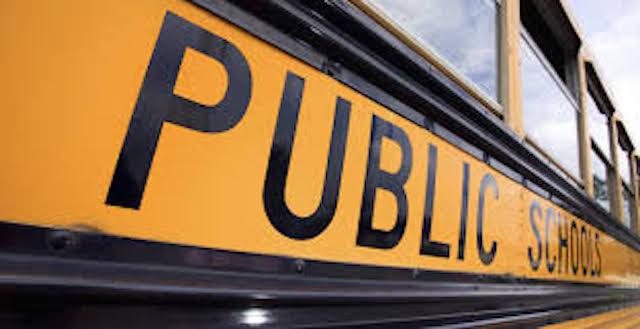 Upon hearing a star athlete’s salary most of us say, “Nobody is worth that much money!” To any rational person the benefit provided to society by an athlete doesn’t equate to that of a school teacher. Isn’t the value and nature of a school teacher’s work more important than the work of a baseball or basketball star? So why doesn’t it work in reverse? Why aren’t school teachers the highest paid members of society?

The reason is very simple and is rooted in simple economics. One of the highest paid players in Major League Baseball is Clayton Kershaw, a pitcher for the Los Angeles Dodgers. Last year Kershaw signed a 7 year, $215 million contract with the Dodgers. LeBron James, arguably the biggest star of the National Basketball Association signed a 2 year, $47 million contract in July with the Cleveland Cavaliers. This does not include the money each man will earn in endorsements, which are undoubtedly worth many millions of dollars as well.

As of 2013, the national average salary for teachers was $56,000. The state with the highest average teacher salary was New York: $75,000. The state with the lowest average teacher salary was South Dakota: $40,000. Clearly, public school teachers are not making anything even remotely close to what star athletes make despite the fact they perform a more meaningful task.

From an economic standpoint however, the salary differences make sense. Every time Kershaw pitches, more people will buy tickets to see Dodger games and more people will watch the game on television, which translates into higher advertising revenue. In theory, Kershaw’s contract should represent a portion, but not all of the extra revenue Kershaw generates for the Dodgers. Every time Lebron James plays a home game in Cleveland, the team owner and local businesses benefit. To the team owner James’ presence on the court means mores revenue from ticket and merchandise sales. Businesses located near the Quicken Loans Arena in Cleveland enjoy the extra business which results from the nearly 21,000 fans that attend each game. James clearly generates a tremendous amount of revenue and therefore is perfectly entitled to the salary he earns.

Professional sports are based on capitalist ideals. Athletes are paid many millions of dollars because they are rare. How many people can throw a baseball over 100 mph? How many people can single-handedly dominate a pro basketball game? It’s basic supply and demand. The same applies to highly compensated CEOs. The CEO of a major corporation should achieve profits commensurate with their enormous salary. If not, they will be fired. Morality has nothing to do with it. Decisions motivated by money and personal benefit should be better than those not motivated by such concerns.

In a pure capitalist situation, resources are allocated based on consumer needs and demands. Since the incentive is profit, prudent allocation decisions should be made. Results are driven by performance. Consider The Coca Cola Company. Coca Cola employs 146,000 people worldwide. The number of Coke bottles consumed worldwide every day is 1.8 billion and 10,450 bottles are consumed every second. Coca Cola is so massive, that its logo is probably as recognizable worldwide as the American flag. For the year ended December 31, 2014, its net sales were $47 billion. To put that into perspective, Coca Cola’s net revenue is greater than the GDP a lot of countries. For the year ended 12/31/14 Coca Cola’s annual report showed net income of over $7 billion, which represented a 12% return on investment.

If one ponders the enormity and scale of Coca Cola’s business, one might think it is too large and complex to manage, but it is managed and managed well. What is Coca Cola’s secret? It isn’t run by any government. If its assets and operations were turned over to any government, including the Federal government of the United States, its profits would disappear in short order and its effectiveness would drastically diminish. The reason for this is that governments and central planners hired by governments are never as adept as free market and capitalist motivations.

This brings us to public education in the United States.

It is difficult to estimate the amount spent by every country on public education. However, the University of California did a study in 2011 that provides a good basis for comparisons between countries.

According to the USC study the United States spends $809.6 billion on education per year. No other developed country in the world comes even remotely close to the United States in terms of total education expenditures. Therefore, Americans should outperform students from any other country. Unfortunately, they don’t. That is a major problem.

In comparison to other countries, American students aren’t the best. The USC study compared the educational efficacy of 12 countries. For math and science test scores (each test having a maximum of 600 points), the United States was 10th and 9th respectfully. Finland was ranked first in both math and science test scores. Finland spends $5,653 per student. Their students had average test scores of 548 (math) and 563 (science). The U.S. spends $7,743 per student. Our average test scores are 474 (math) and 489 (science).

If these results are framed in capitalist/business terms, one could say that students in Finland earn 1 point on the math test for every $10.32 spent on their education. In regards to the science test, students earn one point for every $10.04 spent on education. Keep. On a per student expenditure basis how does the U.S. compare? On the math test, $16.34 is spent per point earned. On the science test, $15.83 is spent for each point earned. It’s not a stretch to say that the Fins achieve more per dollar spent and spend their education dollars more wisely than the U.S.

What is the problem?

Perhaps the solution lies in several places. Certainly a study of the curriculum used by schools in Finland (and other countries) as well as the expectations placed on students is warranted. Unfortunately, the future of American education isn’t likely to entail improvement in competitive terms. One can draw their own conclusions as to the nature of Common Core. The level of Federal involvement with Common Core is uncertain, but the states acting as one, most certainly had a hand in developing those standards. Many states have already adopted Common Core. Hence, whereas public schools used to have some latitude as to their curriculum and pedagogy, every public school throughout the United States must follow a single uniform template when such a template isn’t necessarily a one-size fits all solution.

Public Education in the U.S. would also benefit by understanding the data associated with The Coca Cola Company. As stated earlier, Coca Cola’s return on investment (ROA) was 12%. What if a similar measure was used to evaluate schools? A direct comparison can’t be made because it is a comparison of a public sector activity with a for-profit business. The closest comparison between corporate ROA and school efficacy could be Test Score Achieved to Dollars Invested in Education Per Person. Applying this concept to Finland and the United States would yield the following:

If the above results were the same as corporate ROA, what would it mean? A major corporation such as Coca Cola would likely fire its entire management team if ROA were 6%. Why? Assuming Coca Cola could instantaneously liquidate its assets, it would be just as well off investing that cash in relatively safe investments earning 6% than to bother making cola. A 12% ROA is a decent return and is better than what could be achieved by investing in relatively risk-free investments. Further, assume Pepsi Cola’s ROA is 11%. If Coke can’t match that it’s bad for them. If an impartial evaluation committee looked at education in the United States they would conclude two things: First, the U.S. spends its education dollars in a less than optimal manner. Second, and even more importantly, the efficacy of Finnish education far exceeds that of American education. Isn’t the marketplace becoming more global in nature? If so, what will be the ramifications of having an educational system that isn’t competitive with the rest of the world?

Here are a few suggestions on how to improve education: Without denying education to anyone, allow independent companies run public schools. It’s unlikely they would do worse and if they are judged by test results and paid accordingly, providing a superior education would be tied to a profit motive. If anyone is worried about the education of those who come from unfavorable socio-economic conditions, fine, award the most lucrative contracts to companies that operate in such areas. That would actually make a lot of sense as it would raise expectations placed on students in such areas instead of lowering expectations for everyone else. An improved school system would also make an otherwise unappealing area, far more appealing. As it is, there is no incentive for public schools to improve education because results are not directly tied to salaries. Funding/Salaries aren’t usually tied to results. If a privatization path were gradually phased in, ultimately the government wouldn’t have to provide funding. All things being equal, if a person is going to pay taxes to support schools, it stands to reason they would rather spend those tax dollars directly to schools that produce excellent results. Who knows? Maybe the very best teachers will actually end up making $200,000 or more. If there is a profit incentive tied to education, it seems possible.

One thing is for sure:  Public education in the United States is sub-par based on the data. Governments never allocate money or make decisions that have the best outcomes. Arguably the country would be better off paying Coca Cola run its education system. One can only shriek in horror if one contemplates making college education free. It would necessarily entail more government involvement and less independence at the collegiate level. It would be a really bad idea.

5 Ways To Become an American: An Immigrant's Guide

Change Is On the Horizon in Arizona: Interview with Kelli Ward, Running Against John McCain