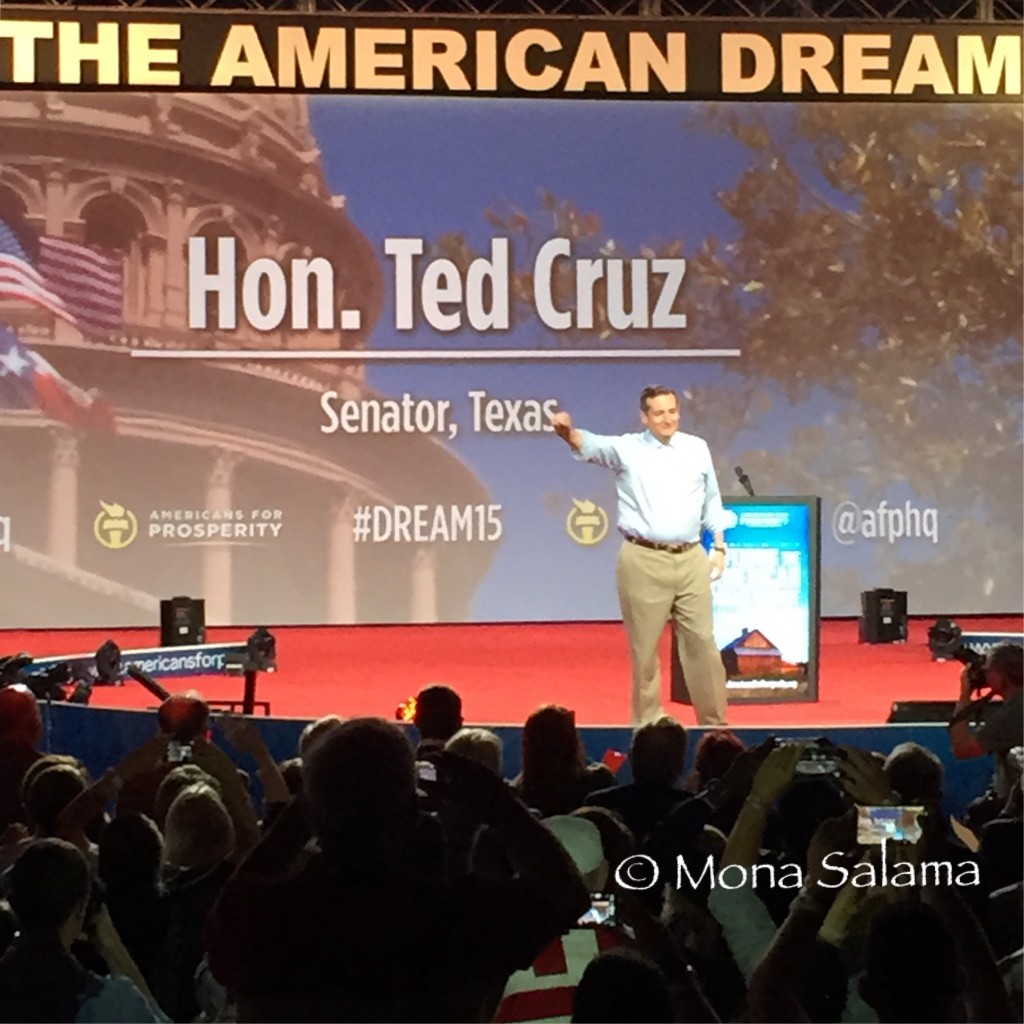 With the song ‘Eye of the Tiger’ playing in the background, Senator Ted Cruz was welcomed by over 3,000 activists with cheers and applause as he entered the stage at the Americans for Prosperity summit in Columbus, Ohio.

Cruz’s speech began by laying out his agenda of what he intends to do as President, including “rescinding every single illegal and unconstitutional executive order signed by President Obama.” A few of the items on his busy “day one agenda” as President include investigating Planned Parenthood, “ripping to shreds” the Iranian nuclear deal, and ordering the IRS to “stop its religious persecution of Christians.”

“First thing I intend to do in office is end every single illegal and unconstitutional executive action taken by this president. The president says he has a phone and a pen, but when you live by the pen you die by the pen. And my pen has got an eraser.”

Since the release of undercover videos by the Center for Medical Progress this summer showing Planned Parenthood doing illegal sales on aborted fetuses, the Senator plans to “instruct the Department of Justice to initiate an investigation into Planned Parenthood” and “any criminal violations conducted by the abortion organization will be prosecuted by the Department.”

Cruz’s third agenda would be to stop the IRS and other federal agencies their persecution against religious liberty:

“In January 2017, the federal government stops ligating against and persecuting the Little Sisters of the Poor for standing for their faith…and our service men and woman can pray and worship God almighty with all their hearts and soul.”

Cruz has been strongly opposed to the Iran nuclear deal (scheduled to be voted by Congress next month), calling it “catastrophic” and promised to undo the agreement created by the Obama Administration.

“The single greatest national security threat facing America is the threat of a nuclear Iran. Now several weeks ago I observed that if this deal goes through, the Obama Administration would become quite literally, the world’s leading financier, of radical Islamic terrorism,” said Cruz.

Other plans as president include repealing Obamacare, abolishing the Department of Education, and making sure our military service members can bear arms:

“The next time a jihadist shows up at a recruiting station in Chattanooga, Tennessee, he’s going to meet the business end of firearms wielded by marines.”

Throughout his rallying speech, the crowd chanted “Cruz! Cruz! Cruz!”

The latest RealClearPolitics national poll shows Cruz at 7.3% among likely Republican voters, which assures him a spot on the ‘top 10’ main stage debate in September. Prior to the first debate in August, Cruz was polling at 5.5%. The increase in poll numbers is in part because of his strong performance in the debate, even though Cruz was asked 5 questions and spoke for less time than other candidates. Since the first debate, Cruz has garnished increase of support and crowds at campaign events. The rising in polls for Cruz shows that he is one candidate not to be underestimated.

Bobby Jindal at AFP: "Immigration without Assimilation is Invasion"

What Are Today's Democrats REALLY Afraid Of?