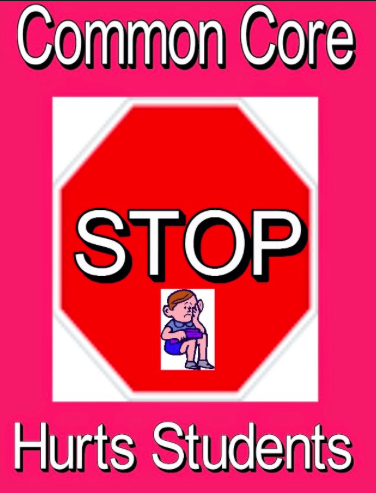 Common Core Warriors have long been warning that the Common Core initiative, meaning the entire education spectrum, was in danger of being hijacked by the federal government.

Here is a decree by the infamous Secretary of Education, Arne Duncan.

In a stunning addition to the final reauthorization of the Elementary and Secondary Education Act, Arne Duncan effectively takes away states’ rights to determine modified academic standards and develop assessments.

The Secretary amends the regulations governing title I, Part A of the Elementary and Secondary Education Act of 1965, as amended (ESEA) (the “Title I regulations”), to no longer authorize a State to define modified academic achievement standards and develop alternate assessments based on those modified academic achievement standards for eligible students with disabilities.

You can read the document here.

I want special needs parents to pay particular attention to this. However, as I’ve pointed out in the past, the definition for disadvantaged students is very loose. If your child doesn’t take the assessment, because you’ve opted him or her out, they could potentially be designated disadvantaged because they didn’t score on a standardized test.

The way the feds have worded things regarding Title 1 funding and the ESEA, almost any child could be labeled as disadvantaged.

Perhaps we are one step closer to Duncan’s sought after community school vision.

Please, please understand what this means. This is exactly what the founding fathers warned us about and why they added the tenth amendment:

The powers not delegated to the United States by the Constitution, nor prohibited by it to the States, are reserved to the States respectively, or to the people.

Our freedoms are being stripped from us left and right and most people don’t even know it. Because who has time, or the inclination, to sit and read through the long, dry, barely understandable bills that fly through DC?

There really is only one thing in this world that I would die for. And that is my children. The very least that I can do is stand up and fight for them. Right now, fighting for them looks a lot like pulling them out of the public schools until the feds back off.

I fear the feds will never back off and this only gives them more steam.

If you want to read more, go here. These ladies are brilliant and this article is what first alerted me to the issue. If I pay attention and I wasn’t aware of this happening, imagine the rest of the parents who are working and paying bills and just not tuned into this kind of thing?

Absolute Proof That satan is a Mother-Hating Pro-Choice Liberal