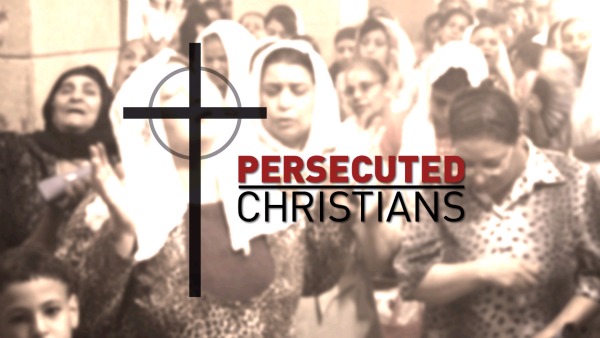 The United States of America holds, as one of the most sacred unalienable rights of its people, the notion of religious freedom. Everyone is free to choose and to hold their own religious faith, seeking God in whatever way is right for them, and to worship in the manner that they choose. No one – from the government to private institutions, is imbued with any legal authority to challenge or harass people for their spiritual identity. The right to know God is given BY God, and shall not be infringed.

In other parts of the world, attitudes are not quite so enlightened. Putting aside the many, many cultures in which it is illegal to be a Christian or severe limitations are placed on the religion (Chinese Christians are not allowed to preach that Jesus will one day return), there are areas of the world where holding the Christian faith isn’t even physically safe. In many parts of the Middle East and Africa, radical adherents to an extreme version of Islam consider Christians to be “infidels”, and feel quite justified in persecuting, beating, even executing them. It is a pervasive problem in more places than is generally understood, yet what does the world’s shining beacon of religious liberty – the place where such behavior would be completely unthinkable – do about it? Shockingly little.

In a land which those on the political left love to remind us is “a nation of immigrants”, virtually no effort is made to seek out and welcome those who need America the most – believers in Christianity who are actually in danger just by worshiping God and need a safe haven to practice their faith. People the world over need to know that the United States is a place where everyone is free to believe as they will, where no one will brutalize you, kill you, or threaten to harm your family because of the religion you follow. Yet this effort is not being made.

From world leaders, those who champion the importance of human rights, there is also little help. Apparently, there is always something more important to worry about and address than human suffering and death. It is a moral outrage of the highest order. When some of these foreign lands are considered, the United States really is the Land of the Free – but that fact doesn’t do any good to someone who doesn’t know it’s true.

The United States seems to have lost its way in so many important moral pursuits that an alarming array of the values that originally made it great seem always a mere generation away from vanishing completely. If you allow those who worship God to be forsaken, only woe and ruin can await the nation.