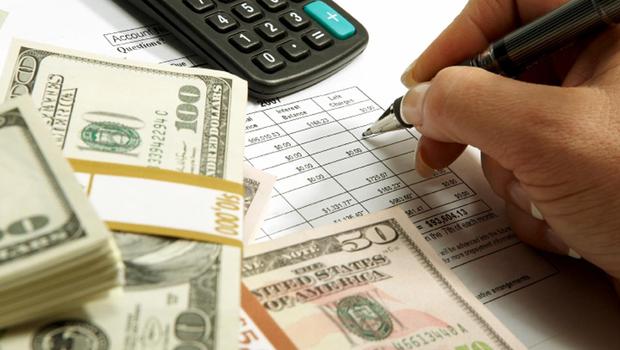 The embattled Colorado Republican Party Independent Expenditure Committee (IEC) appears to have paid high roller donor Kent Jolley for consulting services instead of following a court order to refund a donation. Jolley donated a large sum of money to the IEC in Spring of 2014, but a 2015 court ruling on a legal complaint alleging violations for not reporting required information on employer and occupation forced the IEC to return the donation.

The apparent error occurred despite the IEC paying more than $5000 to the McCauley and Associates, the accounting firm of the Utah GOP’s former treasurer, Mike McCauley. As of February 12, Mike McCauley has been listed as the IEC’s designated filing agent with Colorado’s Secretary of State (SOS). As per FEC reports, McCauley and Associates is also employed by the Colorado Republican Party.

Convicted felon Tyler Harber helped create and operate the IEC prior to his guilty plea with the Department of Justice for collaborating between a campaign and a political action committee. Even without Harber, the IEC has had plenty of legal challenges of its own—from a lawsuit by the left leaning Colorado Ethics Watch to numerous legal complaints by the right leaning Campaign Integrity Watchdog.

Here is the timeline that led to the embarrassing donor error:

Jolley donated $25,000 to the IEC on this date according to a report filed with the SOS. Employer and occupation information was left blank—and still has not been corrected over a year later.

An administrative law judge ordered the IEC—referred to as CORE in court documents—to refund the $25,000 donation to Jolley pursuant to a legal complaint filed by Campaign Integrity Watchdog against the IEC. The refund was ordered to be disbursed within 60 days of the mailing of the court order.

The IEC reported a $25,000 expenditure to Kent Jolley for “professional and consultant” services—income that Jolley will need to report to the IRS.

(FEC and SOS committee reports for other party controlled accounts were checked in case the court ordered refund was misfiled on a different account. The only disbursement to Jolley was for consulting services by the IEC—no entry with a contribution refund anywhere.)

Despite the reporting errors, Jolley has continued his generous support of the party. Jolley gave $10,000 this past June to the Colorado Republican Committee—perhaps from his earned “consulting” income from the IEC.

Jolley donated $10,000 to the Colorado Republican Committee in January of 2014 and $10,050 in October of 2013—the latter of which exceeded that year’s FEC limits on individual donations to a state political committee. A review of the 2013 FEC filing showed two separate donations on the same date—one for $10,000 and one for $50.

With no explanation for the excess donation, Jolley may also be due another refund, but this time from the state’s FEC account. The possibility remains that a $50 donation from the same date to the Colorado Republican Party Small Donor Account was misfiled and reported twice. SOS and FEC filings show a combined total of $13,385 in contributions to committees controlled by the state GOP from Jolley for October 16, 2013—with five separate entries of receipts: 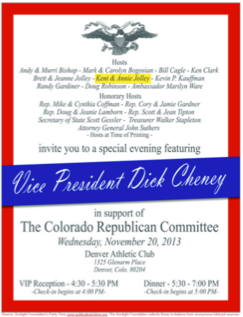 Given the Colorado GOP’s reputation for reporting errors, this could be a case of too many donations in a single day from one individual for the party to handle. (According to FEC reports, former Utah treasurer Mike McCauley has been assisting the Colorado GOP with finances since 2012. McCauley and Associates were paid $1500 for “accounting” in October of 2013 and $2175 for “accounting and reporting fees” in November of 2013.)

Jolley has been a frequent donor to Republican campaigns and political groups over the years—including co-hosting a GOP fundraiser in 2013 featuring Vice President Dick Cheney.

Democrat vs Socialist: DNC Chair STILL Can’t Explain the Difference (and here is the answer!)