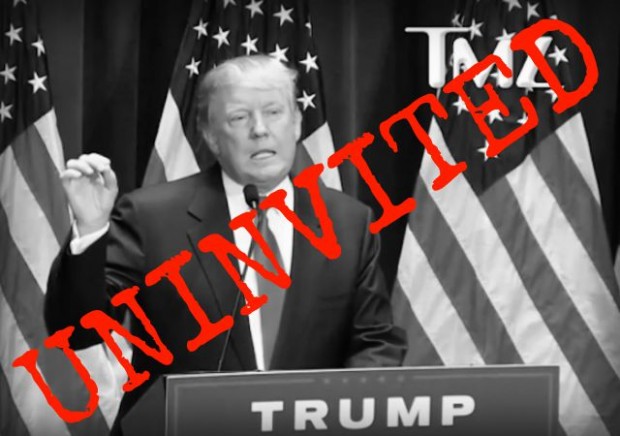 Self-righteousness is a real oxymoron in that it is always about self and is never righteous. Case in point: Erick Erickson succumbed to political correctness when he chose to be offended by Donald Trump’s remarks to and about Megyn Kelly and to disinvite Mr. Trump to the conservative Redstate Gathering 2015. If that was not nonsensical enough, Mr. Erickson invited Megyn Kelly to speak in Mr. Trump’s place. What?

The fact that Mr. Trump is neither pure-in-heart nor conservative enough to meet Mr. Erickson’s personal standards certainly does not mean that Megyn Kelly is. Of course this Gathering is hosted by Mr. Erickson, thus he can “uninvite” whomever he wishes. However, in vein do I strive to see any good resulting from his petulant decisions.

Redstate is a conservative entity, and this Gathering was a rally for the Republican Presidential candidates and their supporters. For how many years have we Conservatives wondered aloud why our conservative politicians refuse to stand up and explain and defend the tenets of Conservatism?

Now enter Donald Trump. Regardless of any contrary position he has taken in the past, what he is doing today is making a real difference in a good way.   He is setting an example for our lily-livered Republicans that We the People want a leader who will stand toe-to-toe with our adversaries right here on American soil as well as across the ocean.  People young and old who either had never been interested in politics or had given up are now awake and attentive; they are listening and talking and waiting to see what will happen next. Mr. Trump’s fearlessness, commonsense vantage point, and his courage to speak out clearly and not back down no matter what has made him soar to the top.

Fellow Patriots, it is imperative that we pray for discernment so that we separate the wheat from the chaff for we live in perilous times.

Saddle up; we have a long ride.

Hillary, Huma and Cheryl Mills Blow Off Court-Appointed Deadline (aka Contempt of Court)