If you’re a political junkie like all of us at PolitiChicks, your mornings probably start with a strong cup coffee while pouring over blogs and websites, catching up on all the news you might have missed when you were asleep.  Each of us has our favorite daily go-to writers and bloggers who help guide us through this crazy political world.  And with so many lies being told as truth (and vice-versa), we need all the help we can get.

Recently we asked a few highly respected writers/political wonks who their must-read news sources are.

Daniel Greenfield is one of the most prolific writers in conservative America today.  He is a Shillman Journalism Fellow at the David Horowitz Freedom Center. Daniel’s articles are featured on FrontPageMagazine.com, his daily blog Sultan Knish, and multiple other news conservative sites (including PolitiChicks).

Andrew Klavan is a contributing editor to City Journal, the magazine of the Manhattan Institute. His essay and op-eds on politics, religion, movies and literature have appeared in the Wall Street Journal, the New York Times, the Washington Post, the Los Angeles Times and elsewhere. He is the author of such internationally bestselling crime novels as True Crime, filmed by Clint Eastwood, and Don’t Say A Word, filmed starring Michael Douglas.  Klavan is perhaps best known in conservative circles for his brilliant PJTV videos, Klavan on the Culture. 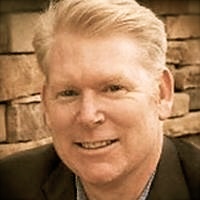 5. Marc Steyn (“has nailed the coming demographic and intolerance for 10 years.”)

James Patrick (“Jim”) Riley is a producer and actor, known for Courage, New Hampshire (2011).  He also runs a large business literally out of his home with the wonderful Riley’s Farm, a working apple orchard and living history farm.  Jim is a voracious Facebook aficionado and has a blog at JamesPatrickRiley.com where he writes about religion to politics (and yes, he almost always mixes the two).

Mark Tapson is the Editor-in-Chief of TruthRevolt and a Shillman Journalism Fellow at the Horowitz Freedom Center. He writes about pop culture and politics for Acculturated, FrontPage Magazine, The Federalist, The New Criterion, and elsewhere. 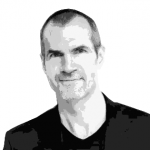 5.  Andrew Klavan on the Culture

Dr. Jamie Glazov is the managing editor of FrontPage Magazine, the online publication founded by David Horowitz.  He is the author of United in Hate:  The Left’s Romance with Tyranny and Terror and has a weekly web TV show called The Glazov Gang. 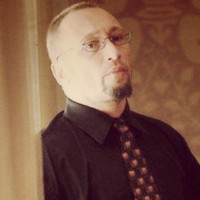 In addition, here are a few other must-read/must-follow websites:

Planned Parenthood Was Anti-Abortion Until 1970s. What Happened?