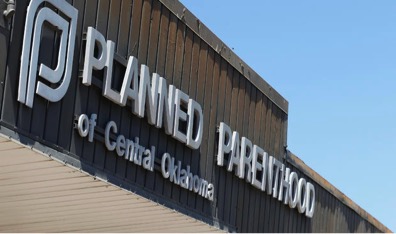 It’s shocking to think that Planned Parenthood was actually (at least publicly) against abortion before it was for it.  As PolitiChicks recently reported, the organization even published a pamphlet in 1963 titled: ‘Is Birth Control Abortion?’ which stated:

“Is birth control abortion? Definitely not. An abortion kills the life of a baby after it has begun. It is dangerous to your life and health. It may make you sterile so that when you want a child you cannot have it. Birth control merely post-pones the beginning of life.”

According to Life News, Planned Parenthood was anti-abortion until the early 1970s for two main reasons:

Although, there are certainly legitimate questions as to the organization’s sincerity, especially since it was at a time when abortion was still morally taboo and legally prohibited in the U.S.

Either way, Planned Parenthood’s (public) anti-abortion stance drastically changed once the most successful marketing campaign in modern history launched in the late 1960’s–the “abortion rights” movement –with all of its emotionally gripping catchphrases and powerful political slogans. Planned Parenthood would eventually become the nation’s largest abortion provider and the most powerful abortion lobby we know today.

The original late ‘60’s and early ‘70’s abortion-rights slogans: “freedom of choice” and “women must have control over their bodies”—STILL remain scripture and rallying cries of Planned Parenthood and the rest of the “pro-choice” movement.

“I remember laughing when we made those slogans up,” recalled Bernard Nathanson, M.D., cofounder of the pro-abortion vanguard group NARAL, as he reminisced about the early days of the abortion rights movement. “We were looking for some sexy, catchy, slogans to capture public opinion. They were very cynical slogans then, just as all of these slogans today are very, very cynical.”

Dr. Nathanson also admitted to falsifying the number of women dying from illegal (‘back- alley’) abortions to the media in order to change public opinion:

“The number of women dying from illegal abortions was around 200-250 annually. The number we constantly fed to the media was 10,000. These false figures took root in the consciousness of Americans, convincing many that we need to crack the abortion law.”

Needless to say, once abortion was legalized, it quickly became a very lucrative business for Planned Parenthood.

From National Right to Life News:

“From what we can tell, Planned Parenthood first officially began performing abortions in 1970 in Syracuse, New York, on the first day the state legalized them. And shortly thereafter, George Langmyhr, chair of Planned Parenthood’s Medical Committee, published an article in the December 1971 issue of Clinical Obstetrics & Gynecology stating, “We support the view that when an unwanted pregnancy has occurred, abortion services should be available, with the decision essentially being made by the patient and her doctor …. In summary, Planned Parenthood hopes that abortion will become even more available and supports the efforts of others in seeking reform and repeal of outdated laws.

Planned Parenthood has never looked back. It launched a defense of New York’s permissive abortion law and filed an amicus brief with the Supreme Court arguing for abortion to be legalized nationwide without restrictions. It began offering abortions in New York City while waiting for the court to make its decision on abortion on Roe.

While there are estimates that it performed less than 2,000 abortions in those first couple of years, Planned Parenthood’s numbers began to climb steadily once the Supreme Court legalized abortion on demand nationwide in Roe v. Wade in 1973.

“A look back at several of the landmark cases argued before the Supreme Court in the years since Roe find Planned Parenthood at the center of the abortion struggle in the United States, committed to abortion at any stage, for any reason, to any person, and believing that this was a “right” that governments should not only support, but fund with taxpayer dollars.

Owing to the complexity of federal and state budgets and somewhat confusing financial data from Planned Parenthood, it is difficult to tell precisely how much money the organization has gotten from the government over the years. But Planned Parenthood has been drinking from that spigot since at least 1970, when Congress passed Title X, the national “family planning” program, and it has grown increasingly reliant on government funding to cover substantial portions of its budget.”

No wonder the organization has had a ‘change of heart’ since its anti-abortion days of the early 1960’s–Planned Parenthood is now raking in some serious cash, much of it coming from American taxpayers. In 2012-2013, it generated $1.21 billion in revenue, $540.6 million of that money coming from taxpayer-funded government health services grants. This particular procedure is making abortionists very, very rich.

In fact, professional public relations firms are often hired to come in and thoroughly train personnel on how to properly sell abortions to vulnerable women. The objective is: when the pregnant woman calls, hook the sale so she won’t get an abortion somewhere else, adopt out her baby, or change her mind. Planned Parenthood is not really about ‘women’s health’ at all, but about selling abortions.

And of course, we are also now learning that the organization will stop at NOTHING to increase its profit margin, including trafficking body parts of aborted children. Who knew that “blobs of tissue” could have such profitable little human arms, legs, and livers? Technicians are even caught on video admitting these tiny children are “babies” and “boys”.

Planned Parenthood may have begun as a small vision of its founder, Margaret Sanger—to be a helpful service of providing birth control to women, and only performing abortions as absolutely necessary (although Sanger has made many disturbing statements in the past, including her fondness for eugenics).

But now, it has become an abortion BEHOMOTH only seeking to further expand its greedy pockets… even at the expense violating federal laws.

Personally, I kind of miss vintage Planned Parenthood, the organization that once admitted in its own writings that:  An abortion kills the life of a baby after it has begun.

PolitiChicks Asked 6 Political Warriors: Where Do You Go to Find the TRUTH?