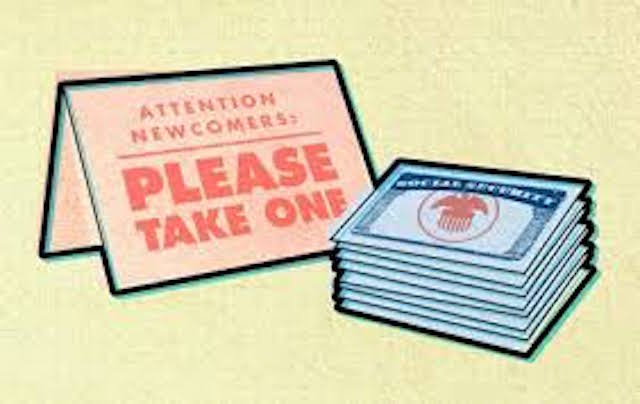 The idea behind Social Security is simple and straightforward enough. You spend your able-bodied years working, and you pay taxes on the income you earn – some of which goes into a special fund with the contributions of everyone else who works. When it’s time to retire, money is paid out to you every month, at a rate based upon the amount you paid in. Seems fair. It’s not a government handout to social parasites; it’s your own money that you earned being returned to you. Perhaps it’s a bit heavy-handed for the government to forcibly requisition a portion of your income, but it does that anyway by taxing you at all. At least you get this money back.

Unfortunately, it’s not working out so neatly. The government has raided the fund, for one thing, promising to use future revenues to meet its obligations to beneficiaries. And it’s looking more and more like, at a certain point, that’s not going to be possible.

National Review’s Myra Adams has penned a story in which she notes a warning now being printed on Social Security statements even as they estimate the monthly payment a person will receive for retiring at a given age. It reads: “The law governing benefit amounts may change because, by 2033, the payroll taxes collected will be enough to pay only about 77 percent of scheduled benefits.”

And as if it weren’t bad enough that the government is already predicting the insolvency of the Social Security system, Adams writes that apparently its predictions are growing more dire. As recently as 2009, the same warning quoted above was included on statements, but back then it said that 78% of scheduled benefits could be paid after 2041. Since 2009, we’ve lost 8 years and a whole percentage point.

The reasons for this are many, but a major contributing factor to the problem is immigration. People who come to this country can do so at any age, and in many cases they work (and pay into Social Security) for only a relatively few years before “retiring” and collecting their benefits. Most of the money they receive, then, is not theirs. It comes from other taxpayers, who have been working in the United States for far longer. And that’s not only unfair, it’s unsustainable.

We won’t even get too far into illegal immigrants, who it seems are constantly being offered amnesty and “paths to citizenship” that could potentially exacerbate this problem even further. Suffice it to say that Social Security is just one reason that the open-door immigration policy favored by American leftists is an invitation to disaster. The United States has finite resources, and demographic issues such as the post-WWII “baby boom” are making it so that this nation will have a hard enough time taking care of its own elderly. We simply cannot afford to support those of other nations.

At Least Michelle Obama Isn't Running for Office. Yet.