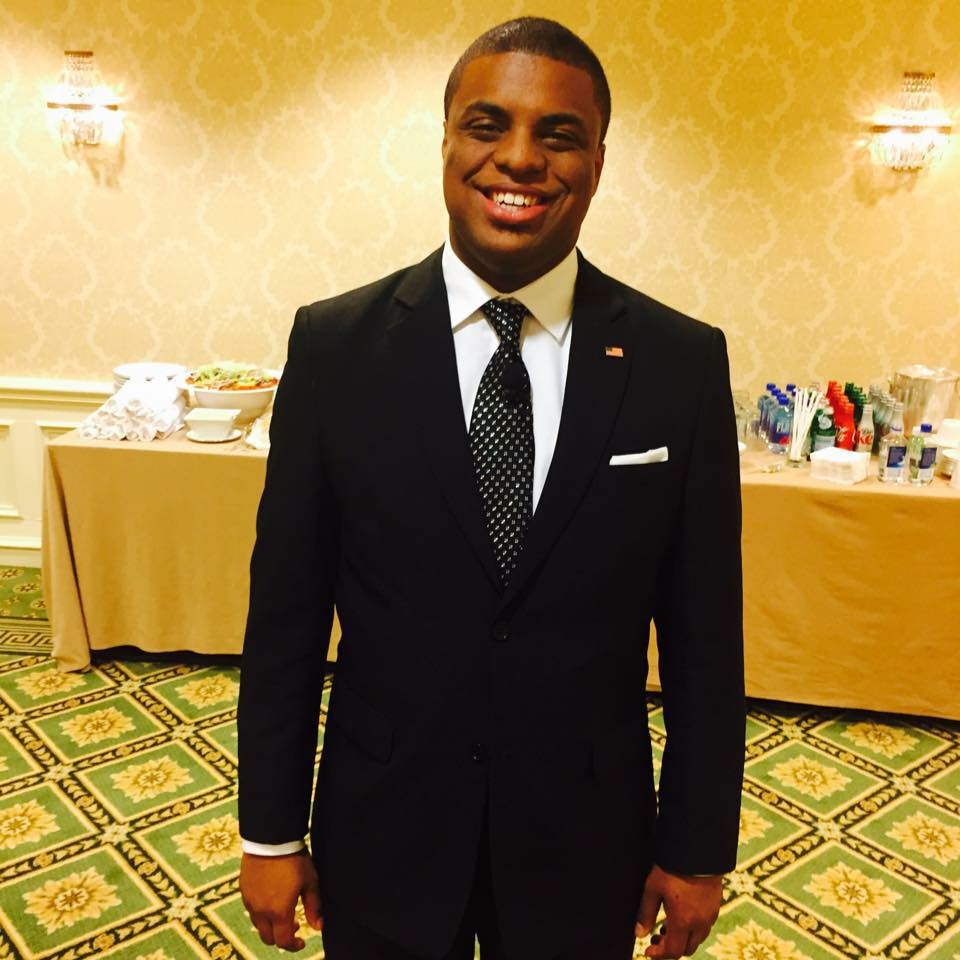 Demetrius Minor is a 29 year old millennial who wrote a book called “Preservation and Purpose: The Making Of A Young Millennial and A Manifesto for Faith, Family and Politics.” This powerful book, the first of hopeful many more books to come is endorsed by many conservative figures including Lt. Col. Allen B. West, Dr. Alveda C King, and David Limbaugh. I talked to Demetrius about his book, his personal life, the 2016 race and issues we are facing today under President Obama’s administration.

MS:  What made you decide to write the book “Preservation and Purpose: The Making Of A Young Millennial and A Manifesto for Faith, Family and Politics” at such a young age?

Demetrius: I was hesitant to write this book and intimated to do so because I thought “ Who would want to read my story?” But after being revealed something huge before moving to Atlanta, I felt compelled to share my experience and story to everyone, especially as a minority and a millennial. This book is a testimony to help someone else and is a call to action for our generation to be more involved with family and faith.

MS:  As a millennial myself, one of the most daunting dilemmas we face is values such as faith and family disappearing generation after generation. How can we as conservative millennials fix this problem?

MS:  Religious liberty is under attack. Denver, Colorado just last week ruled that it is “illegal” for a Denver baker to refuse service to a gay couple. How do you feel that our government is dictating our religious liberty choice?

Demetrius: I tell people to be more biblical correct than politically correct. If the church gives in to political pressure, then they lose their validity and purpose for society. The Church must stand up for its convictions and beliefs before its too late.

MS:  Describe to PolitiChicks readers what it is like being a minority, a millennial and a conservative all in one?

Demetrius: I haven’t put too much thought into this. I see myself as a Christian first and then as an American. I love freedom and liberty. I became conservative thanks to my Godfather, who currently serves as my pastor and is a black conservative. He got me thinking when he told me “just because you are black doesn’t mean you have to vote democrat.” I did my research and homework about conservatism and came to the realization that I am a conservative Republican. It took someone who cared about me for me to think outside the box.

MS:  The“Black Lives Movement” has now become a race issue which has divided society and at the same time created a culture of disrespecting our law enforcement officers. Our president today plays a big role in this divide. How do we end this divide and bring society together?

Demetrius: I think we shouldn’t be shy or timid to talk about race. We should be willing to embrace the topic even though it’s controversial. Race shouldn’t be a taboo subject, it can help us grow and bring unity in society. As for the Black Lives Movement, they need to be honest with themselves. They should be talking about how black lives are killed more by abortion and black on black crime. This movement needs to bring light to the issue and promote school choice, which shows it benefits the black community. Also the decaying of the African American communities of missing father figures are damaging to the family. The two-parent structure is the most beneficially factor to having a good quality life.

MS:  What was it like being a White House intern? And how long were you an intern?

Demetrius: I interned from Jan-May 2006 during the Bush Administration. The perks and opportunity of meeting the president and senior administration officials was indeed an honor. I had the privilege to meet members of the Cabinet staff and partake in community service projects, such as making meals for the terminally ill and cleaning the Potomac River. This opportunity to serve at the highest level of government was definitely humbling but rewarding.

MS:  How do we overcome the liberal propaganda that is destroying our society and brainwashing millennial?

MS:  Marco Rubio and Rand Paul are the two presidential candidates that seem to be most appealing to millennials more than the other candidates. Why is that?

Demetrius: Both candidates draw the attention of millennials by tapping into issues where the millennial will tune in to listen. Rubio has a way of articulating his message to where millennials can relate. For example, Rubio talks about college loans and how that recently he just finished paying it off. Issues like this, along with Rand Paul’s emphasis on criminal justice reform and jobs all relates to millennials. Republicans should go where the people are to share their platform and message.

MS:  Last question: Who is your presidential candidate choice for 2016?

Demetrius: There are some that interest me, but two candidates have caught my attention.

Carly Fiorina is direct, precise and when she speaks on whatever the issue is such as Hillary Clinton and the Iran Deal, she answers with substance. She is quick on her feet and knows what she is talking about.

Gov. John Kasich is another candidate I like. He turned Ohio from a deficit to a surplus. But besides his record, he articulates conservatives in a manner where he is down to earth and makes the message simple. It resonates with all republicans, from moderates to conservatives and this can help to not only unite the party, but broaden the message to make it appealing to moderates and Democrats.