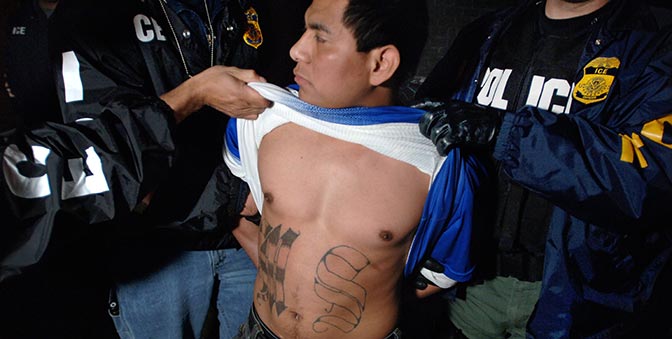 The largest investigative agency in Department of Homeland Security was either incapacitated or snoozing in a Sanctuary Cities Hearing held last month. Congressman Trey Gowdy, who chairs the House committee overseeing immigration, stunned an entire panel of representatives provided by the U.S. Immigration and Customs Enforcement (ICE) with a legitimate question.

After confirming with ICE there are nearly 2 million criminal aliens in the United States, Gowdy cut the number in half, for the sake of being conservative, and probed, “What is the administration’s plan for removing those 1 million?” He was answered with a deafening silence, as if the panel was paralyzed for a moment. He continued, “To wait until they reoffend?” Again, he was followed with stillness. Howdy then threw ICE a bone and asked, “Does anyone know the plan?” Needless to say, no one within the largest DHS investigative agency seemed to know of any plan currently in place to remove the criminal aliens in which their agency investigates.

Giving ICE the benefit of the doubt, maybe their silence was due to President Obama’s “catch and release” tactic–or perhaps the ICE representatives were auditioning for a role in Disney’s “Frozen” sequel simultaneously…But one thing is for certain:  Congressman Trey Gowdy continues to shine light on those carelessly going through the motions within President Obama’s administration.