When Obama took office, his first phone call to a foreign leader was to the head of a terrorist group.

“This is my first phone call to a foreign leader,” Obama told the PLO’s Abbas. “And I’m making it only hours after I took office.” 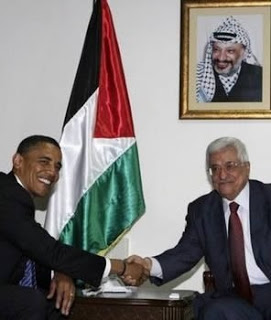 When Hamas and the PLO temporarily reconciled, Obama sent them money anyway. When Congress froze aid after the PLO defied the peace process by trying to join the UN, he signed a waiver claiming that aiding the terrorist network was “important to the security interests of the United States.” Earlier this year, when the PLO went after Israel at the International Criminal Court, Obama defied a Congressional law and bipartisan demands mandating a cutoff of aid.

If Abbas personally flew a plane into the new World Trade Center, Obama would find some excuse to keep the money coming to his terrorist group anyway. But now his determination to aid terrorists has hit a new low as he sides with terrorists against terror victims.

Eleven years ago, ten families who had suffered at the hands of the Muslim terror network filed a lawsuit against the PLO, Arafat and assorted PLO/PA officials. The American families suing the terrorists included Jamie Sokolow whose eye was damaged by shrapnel in the Jaffa Street bombing that injured 100 people and killed a 81-year-old amateur painter who had been out shopping for painting supplies.

Shayna Gould was a 19-year-old college student waiting at a Jerusalem bus stop in the rain when a PLO terrorist opened fire. She had no life signs when she arrived at the hospital.

Janis Coulter was killed when a PLO terrorist set off a bomb in the Frank Sinatra cafeteria at Hebrew University. Her family has been fighting for justice for a long time.

Dr. Alan Bauer was walking down the street with his 7-year-old son when a PLO terrorist set off a bomb in the French Hill bus station. “I couldn’t find my son. I then saw him face down. I picked him up and heard him moaning, so I knew he was alive,” he said.

A screw had torn through his son’s brain. “He was put in coma to let fluid drain out and was then left blind and paralyzed on his left side.”

Some of the killers were part of the “police force” armed and trained by the Clinton administration. They were dispatched by the Al-Aqsa Martyrs Brigade, which is listed as a terrorist group even though it’s part of the PLO network whose regime in the West Bank is funded by the United States.

Finally the families won their case in court. A jury found the PLO/PA guilty and ordered the terrorist network to pay $218 million to the families. The Antiterrorism Act tripled that award. The PLO appealed, but the terror group was required to post a bond to show that it was willing to pay the judgment.

And that’s when Obama came to the rescue. The State Department stepped in to warn the judge that depriving the PLO of money would “severely compromise the P.A.’s ability to operate as a governmental authority”. This would not necessarily be a bad thing as the PLO/PA’s operations mainly involve giving money to terrorists, incitement against Israel and the United States, and assorted criminal enterprises.

The PLO doesn’t have an economy. It has the American taxpayer. It wouldn’t exist without the US, Japan, the EU and the UN shoving money into its giant gaping terror hole. The money immediately disappears into a bunch of foreign bank accounts and the PLO/PA declares that it’s facing another financial crisis and needs a few hundred million more to tide it over or it will collapse.

It’s currently in the middle of another one of those “financial crises” which somehow prevents it from posting a bond, but hasn’t stopped it from funding terrorism. 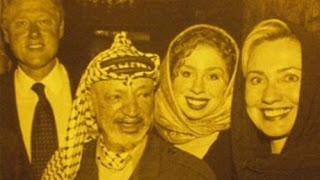 The Palestinian Authority is not a government. There are no more elections. Everything is run by Abbas and the PLO Central Council. Abbas’ Fatah dominates the PLO and funded the Al-Aqsa Martyrs Brigade which just claimed responsibility for new terrorist attacks against Israelis. The Palestinian Authority is the PLO. The PLO is Fatah. When Obama sends more money to the PA, he is funding terrorism.

But that’s exactly what Obama and Kerry did.

“Money is the oxygen of the terrorist,” Ron Gould, Shayna’s father, said. “And what we hope to do, is deplete some of that.”

Unfortunately Obama is determined to keep terrorism alive with a little legal CPR performed on the PLO.

“If my shooter hadn’t been killed, he’d be sitting in jail, being paid,” Shayna said. “The person who helped him plan the attack is still being paid.”

“If the PA has enough money to pay convicted terrorists,” her lawyer said, “it has enough to pay the judgment in this case.”

The PLO/PA pays out $144 million a year to terrorists in Israeli prisons and the families of suicide bombers. The money doesn’t just go to PLO terrorists, but also to their Hamas terror colleagues.

President Bush made the case that Saddam’s payments to the families of suicide bombers, an event that took place under portraits of Arafat and Saddam, solicited terrorism. So why is Obama determined to help the PLO continue soliciting more terrorist attacks by funding killers and suicide bomber clans?

Obama’s involvement sends the message that terror victims will be blocked from holding the PLO accountable. This administration has fought Congress to keep money flowing to the PLO. Now it will fight the men and women who survived PLO terror. It will fight them to keep funding Muslim terrorism. 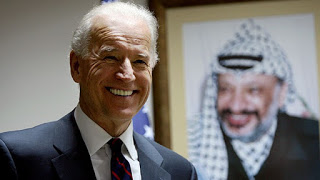 You might call it a new low, but as with a lot of “lows,” the Clintons were there first.

Alisa Flatow was a New Jersey college student murdered in a bus bombing in 1995. When the Flatow Amendment that would hold Iran accountable came up, President Clinton’s Secretary of State threatened to shut down the government if the amendment wasn’t dropped.

When Congress stood up to Clinton, he instead threw in a signing statement claiming that allowing terror victims to collect judgments against Iran “would encroach on my authority under the Constitution to ‘receive Ambassadors and other public ministers.’”

The Clinton administration fought the Flatows every step of the way to protect Iranian properties in the United States. It dispatched fourteen lawyers to fight the family’s lawsuit. When a US company was sending money to Iran, Clinton blocked efforts by terror victims to seize the money. He even blocked attempts to seize the New York building owned by the Alavi Foundation, Iran’s arm in the United States.

The Alavi Foundation would later become a donor to the Clinton Foundation. Congress stood up to Clinton over Iran. It’s time for Congress to stand up to Obama and end funding for PLO terrorism once and for all with no loopholes, excuses or waivers.