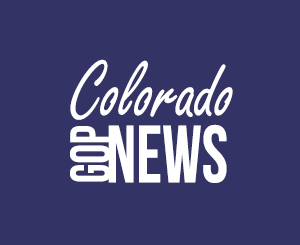 “If you had seen the Q1 report at the very end of Q1 it would have looked like we were in dire financial straits because we were and I really didn’t want donors thinking they were only investing in debt especially since the legal bills may not be ours to pay,” wrote Colorado Republican Party Chair Steve House to Archuleta County Chair Jim Huffman.

Rather than add the portion of the debt in dispute with a notation, House did not disclose the debt at all.

Some of the legal bills in question relate to the Colorado Republican Party Independent Expenditure Committee (IEC). It is believed that the state party guaranteed to take responsibility for legal fees for the defense of the IEC and its donors. The IEC has been battling lawsuits and legal complaints since its inception.

In the email which was made public, Huffman questioned why none of the party’s debt was shown in the quarterly statement:

“Acknowledging/identifying a deficit of $200K+ when you took over and then sending out quarterly financial reports that make no mention of it, either in the reports or the accompanying e-mail begs the question – what is going on?  It is this kind of lack of transparency that has caused my CFO and internal Auditor (my Wife) to stop making any donations to either the state or national GOP organizations.”

House also gave the impression that a loan of over $70,000 taken from a line of credit was being classified as a donation—describing it as a contribution, while not reporting it as unpaid debt.

“The true debt is shown as a contribution on the sheets we sent and since we haven’t paid any of the loan off yet it hasn’t been an expense,” House told Huffman in his reply. House confirmed $188,000 of debt to the county chair, adding that a new bill for $42,000 was received dating back to November of 2014 which was never entered into QuickBooks.

It is unclear from the email if the new bill was included in the existing figure or if it increased the party’s debt to over $200,000.

The lack of transparency in financial reporting has led some Republicans to question if the Colorado Republican Committee is insolvent. The financial scandal has been widely discussed in both public and private online forums.

A public Facebook group titled Colorado GOP Watch emerged on the heels of the continuing financial crisis, with a description stating that the group will focus on “the governance, management and member activities of the Colorado Republican Party.”

The financial scandal exploded with an anonymous July email titled “GOP Eyes On The (Sic) GOP,” which was sent to State Central Committee members and then made public online. The person who sent the unsigned correspondence to the committee members has yet to come forward.

The email sender accused Chairman House of improper accounting, breaking the by-laws, and attempting to hide the financial state of the party, alleging:

The GOP Eyes On the GOP email claimed that the closing balance for one month on a recent FEC filing was off by nearly $30,000 and that unpaid legal bills are not being reported. The sender alleged that the debt exceeds $200,000.

Upon receipt of what was referred to as a “non-standardized quarterly reports, five State Central Committee members emailed the state chair requesting the reports in a format using Generally Accepted Accounting Principles. The lack of transparency escalated events, prompting the chair from Archuleta County to ask for an explanation from House.

Here is the timeline:

Republican State Central Committee members urge House to seek clarity on his understanding of accounting as it pertains to Generally Accepted Accounting Principles with a certified CPA.