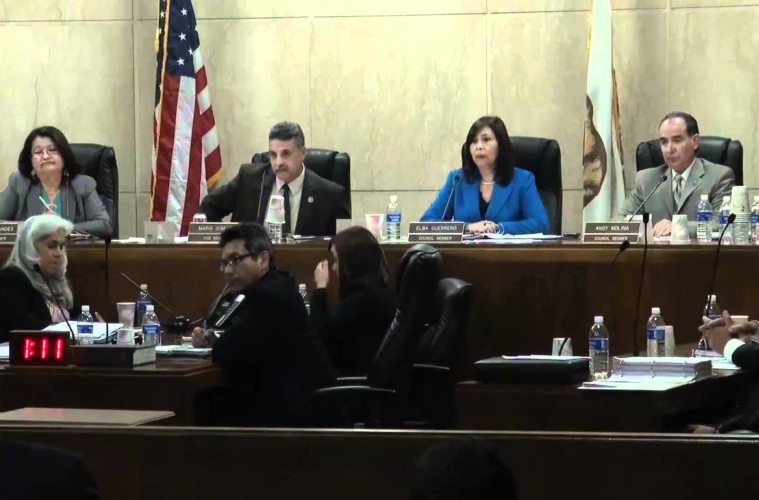 A city in California, Huntington Park, has appointed two immigrants without documentation to serve as commissioners on municipal advisory boards – this means that not only does the government tolerate illegal immigrants; it welcomes them into its ranks!

Most people, when faced with those explicitly endorsing criminal behavior, would react with befuddlement and outrage. How can you speak out in support of flagrantly violating the law? Why would you? You are perfectly free to disagree with what the law says, but in that case, the behavior of responsible citizens is to publicly explain why you feel it is wrong and call for change, at the legislative or at least the judicial level. You do not break existing laws on the books; that’s antisocial behavior, and it deserves to be punished.

Why is it, then, that so many people not only tolerate the relentless influx of illegal immigrants into this country, but decry those who speak out against the crime as cold hearted or worse? Why are they content to allow criminals to continue breaking the law?

Outrageously, this opinion seems to extend even to those elected and entrusted to preserve the rule of law: our own government. Across the United States, Mayors run known “sanctuary cities”, where it is known that immigration law will not be enforced and those present in the country illegally can flee to violate the law in safety.

Meanwhile, those who dare to question the wanton raping of the nation’s borders are called the worst names imaginable. Arizona’s legislative measure requiring suspicious persons to prove their legal resident status (something which could be accomplished as simply as showing a driver’s license) has been compared to tyrannical ideology practice. Any call for the construction of a border fence or increased patrol of that delicate area is met with accusations of racism. These immigrants are poor, downtrodden people, the supporters of crime argue, coming to this country in a desperate search for a better life. They aren’t harming anyone by being here; they just want the same opportunities we take for granted.

And yet, surprise surprise, it turns out that illegal immigration is no victimless crime. People entering this country illegally take jobs from natural-born Americans, especially those paying low wages. Contrary to the popular argument, these are not “jobs that Americans won’t do”, they are jobs Americans WERE doing and using as a means to help pay for their education or earn extra money, before the illegals came. Businesses, of course, when willing to defy the law, are all too willing and even eager to hire the intruders. Illegal immigrants come from impoverished third-world countries, and are happy to accept even the lowest pay employers are willing to offer. They don’t use menial jobs as stepping stones to something better, as is the American way; instead, they remain for decades, cutting down on the need to train new employees. And if an illegal immigrant gets overworked, passed up for a raise, or otherwise mistreated by management, what is he going to do? Call the police?

Illegal immigrants cost us more than our jobs, too. Many states allow them to enroll their children in public school, where they are educated at taxpayer expense despite the fact that their parents are not taxpayers. Lax oversight in food stamp and other welfare programs often enable those in the country illegally to apply for and receive these government benefits, making them a direct drain on the American economy. At a time when work is scarce, schools are strained, and the nation is hurting financially, illegal immigration makes all of our problems worse.

No one is denying the role of compassion. The United States is a wealthy country, a beacon of hope for those around the world, and it welcomes as many people as it can who are willing to work hard and contribute to our society. But there are limits to how many we can afford to take, and those limits are seen in finite jobs and other available resources. There are immigration laws in place for a reason: so that we can decide how many (and which) of those who wish to come we can and will take. Welcoming more than we can afford, as we tacitly do now by allowing them to enter illegally, only harms our nation. At worst, it will impoverish us, making the United States no better than the places these people risk so much to flee.

In the 21st century, there are few issues more important than illegal immigration. It should be clear to any thinking, rational person that tolerating millions of people flagrantly violating our laws to enter the nation as they please is both unwise and unsafe. It should be demanded of any elected leaders that this problem be taken seriously, and addressed as a major threat to America’s future.

A 3rd Party is Not Necessary: It's Time to Take Back the Republican Party.