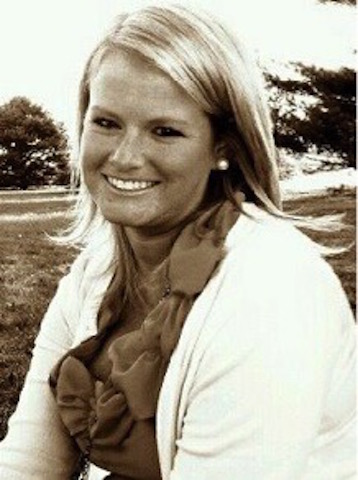 At PolitiChicks, we are always looking for young conservative leaders who are inspiring their peers and making a genuine difference in our topsy-turvy political world.

Amanda Owens is the 22-year old owner of a really fun website called, www.futurefemaleleader.com (formerly known as www.FutureFirstLady.com). Her organization acquaints, familiarizes, supports, and provides a sense of pride of what it is to be a modern yet traditional conservative woman.

Future Female Leaders engages, encourages, and empowers young women to get informed and involved in current events and our political process in ways that they haven’t before, and does so by putting out content or blog posts that touch on these events and present them in a way that young women will pay attention to. Not to mention the fact that the website features a sassy and classy clothing line that appeals to our lady Millennials.

As a PolitiChick, of course I agree!

PolitiChicks recently had the opportunity to interview Amanda where she shared more about her conservative upbringing and her unique organization:

PC: Who or what inspired the conservative values you hold today?

Amanda Owens: I wouldn’t say a specific individual inspired my conservative values, but rather the way in which I was raised.  My parents instilled personal accountability and responsibility, patriotism, and independence in me at a very young age.  Because of that, I have looked for those very characteristics in politicians and others.  This led me to align best with conservatism.

PC: Being in your early twenties, have you found many in your age group who are also aligned with your political views?

AO: I think what has really helped FFL connect with so many young people is the fact that we relate it to their everyday lives.  We relate many of our posts to popular TV shows and pop culture.   This makes issues and current events more interesting to our readers.  It also helps that I mirror their image – I’m a Millennial, just like them.  I go through the same highs and lows that they do.   I’m on this journey with them as we grow, mature, and evolve into our professional lives.  There is a special kind of trust in that.

PC: How did FFL come about in the first place?

AO: FFL started as an anonymous Twitter account in my childhood bedroom back in summer of 2012.  It wasn’t created to form a social movement of any kind. It was simply just a safe haven in which I could freely express my thoughts about current events, the direction of our country, and about events happening in my own life.  After a couple months, I found myself resonating with many women.  The “followers” of the account grew to tens of thousands. It seemed that I was conveying politics in a way that hadn’t been done before.  I started received tweets, comments, and emails daily supporting FFL’s message and thank you notes from readers who got inspired to get involved and engaged of our political process because of their connection with FFL.

PC: You have a First Lady feature on your website. Who would you say is your favorite First Lady and why?

AO: It’s really hard to choose my favorite because they are all unique in their own way, but I would have to go with Dolley Madison.  She was the first White House ‘fashionista’ and she really began to define the role of the President’s spouse.  When the British set fire to the White House in 1814, she was credited with saving the historic and classic portrait of our first president, George Washington. I always found that story really interesting.

AO: Sean Hannity, of FOX News and his radio show The Sean Hannity Show, really stands out to me.  My dad listened to him CONSTANTLY in 2008 to the point that I don’t think I’ll ever get the sound of Hannity’s voice out of my head, but I always agreed with what he had to say and the way he spinned it… even when I was just 17 years old at the time.  He was one of the first in this new conservative revolution and was a leading charge in making conservatism cool again.  He inspires both men and women.  He truly puts truth to one of FFL’s mottos of “be fearless and stay proud.”

PC: How did you begin selling your fun and fabulous merchandise?

AO: After a few months of tweeting on FFL, I wanted to extend my thoughts beyond a tweet and provide a sense of pride in being conservative to our readers.  I took my paycheck from my part time job, still in college, and bought some merchandise with some of FFL’s signature sayings, like “I’m Always Right” and “Classy, Fabulous, and Republican.” It went over extremely well and my readers seemed to crave more of these fiercely patriotic, unapologetically sassy products.

To keep up with the demand, I designed more and more products to where the store is today.  I think it’s a great part of FFL because it gives girls a sense of pride and community to wear our apparel, accessories, and gifts on their college campus… even if it’s a big ole pink GOP elephant. They know they might be in the minority on their college campus, but tweeting of a picture of wearing the shirt with pride to the FFL Twitter account, they soon find they’re not alone in their beliefs and values by being comforted by other FFL readers.  Wearing our merchandise starts the conversation and might be the spark that ignites the fire in someone’s mind.  It gets people thinking, questioning, and researching.  That is the first step in getting actively engaged in our political process.

PC: What made you decide change to the name from Future First Lady to Future Female Leaders?

AO: Throughout our endeavors of Future First Lady, we have had one issue that has continually plagued our effort.  It is unfortunate that our world many times still judges a book by its cover.  Our FFL organization has been judged by our cover: the Future First Lady name.

It appears that many have concluded and made their assessments of us before they have understood our beliefs, our message and our mission. Our name has cause some to dismiss us before they actually understood us.  They have judged us a group of women that are willing to settle to a position less than the top position of President.  They have labeled us as women who want to marry into the presidency rather than women who might actually be president. This couldn’t be more untrue.

My parents instilled in me at a young age that I could be anything I wanted to be in this world, whether it be a CEO of a company, a homemaker, First Lady, or President of the United States.  We have simply tried to bring light to these wonderful First Ladies who so eloquently performed the role.  That role truly represents one of women’s first opportunities to lead in our nation and we should never underestimate its impact on our nation and the women’s equality movement in the early years.

After many months of thought regarding the confusion that might have been caused by the name, I thought it would be helpful to rename our organization that reduced that confusion, but still maintained all the substance and beliefs we have, just like one of our mottos has said, “looking forward while keeping an eye on tradition”.

The name change will not change one bit who we are and what we represent, but will better embody the leadership qualities of the First Ladies and other prominent female leaders and what all of our intents are: to be Future Female Leaders.

Future Female Leader better represents what FFL is all about and that is promoting women to be leaders in their households, communities, and campuses, and we don’t need a false movement to treat us like victims.  We’re strong, conservative women and a force to be reckoned with, if I do say so myself.

PC: Is there anything else you would like our readers to know about you or your organization?

AO: Don’t ever feel ashamed of your beliefs.  Share articles, tweet your opinions, wear a bold shirt promoting conservative beliefs.  You don’t know what impact it might have on another person’s life.  It might finally make “the lights come on” as Politichick Ann-Marie Murrell has said.  Be fearless and stay proud.