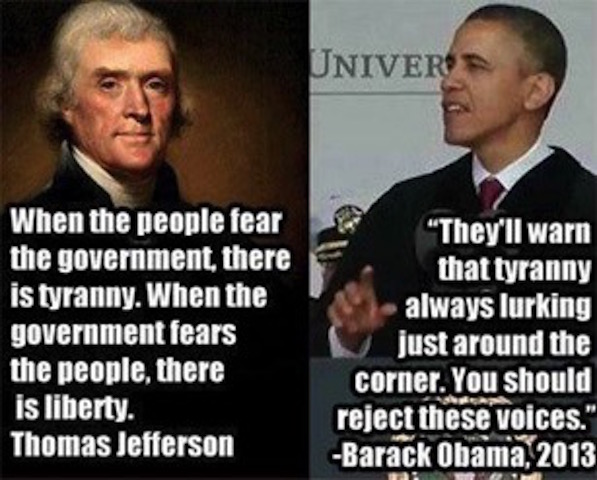 In a move as part of a concerted effort to strengthen gun control in the U.S., the Obama administration is seeking to ban Social Security beneficiaries from owning guns if they lack the mental capacity to manage their own affairs, which could affect millions whose monthly disability payments are handled by others.

According to the LA Times:

“The push is intended to bring the Social Security Administration in line with laws regulating who gets reported to the National Instant Criminal Background Check System, or NICS, which is used to prevent gun sales to felons, drug addicts, immigrants in the country illegally and others.”

A potentially large group within Social Security are people who, in the language of federal gun laws, are unable to manage their own affairs due to “marked subnormal intelligence, or mental illness, incompetency, condition, or disease.”

There is no simple way to identify that group, but a strategy used by the Department of Veterans Affairs since the creation of the background check system is reporting anyone who has been declared incompetent to manage pension or disability payments and assigned a fiduciary.

If Social Security, which has never participated in the background check system, uses the same standard as the VA, millions of its beneficiaries would be affected. About 4.2 million adults receive monthly benefits that are managed by “representative payees.”

However, critics — including gun rights activists, mental health experts and advocates for the disabled — say that expanding the list of prohibited gun owners based on financial competence is misguided.

“Though such a ban would keep at least some people who pose a danger to themselves or others from owning guns, the strategy undoubtedly would also include numerous people who may just have a bad memory or difficulty balancing a checkbook.

Someone can be incapable of managing their funds but not be dangerous, violent or unsafe,” said Dr. Marc Rosen, a Yale psychiatrist who has studied how veterans with mental health problems manage their money. “They are very different determinations.”

“Social Security would generally report names under the same “mental defective” category. The agency is still figuring out how that definition should be applied…About 2.7 million people are now receiving disability payments from Social Security for mental health problems, a potentially higher risk category for gun ownership. An additional 1.5 million have their finances handled by others for a variety of reasons.”

The agency has been drafting its policy in secret. Even the NRA (National Rifle Association) was unaware of it until recently. However, the NRA’s chief lobbyist, Chris W. Cox, has issued the following statement:

“If the Obama administration attempts to deny millions of law-abiding citizens their constitutional rights by executive fiat, the NRA stands ready to pursue all available avenues to stop them in their tracks.”