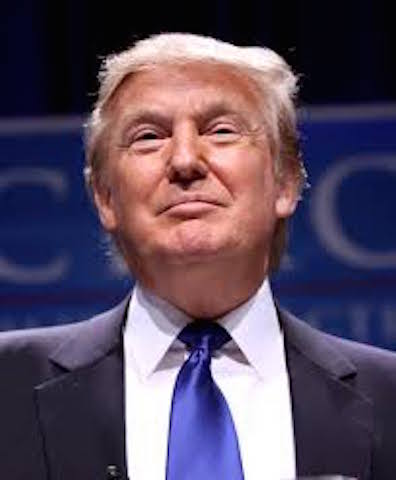 You Have to Admit, It’s Kind of Refreshing

Like him, hate him, believe him or not, it really doesn’t matter. Donald Trump has amazingly skyrocketed to the number two position in the polls among the 15 or more GOP hopefuls over the past week. I suppose some are scratching their heads and wondering why? Those would be the “politically correct” pundits.

But for many who tend to look deeper at the facts, they aren’t asking the question. It’s not only no surprise to these folks that Trump is leading out as a no-holds-barred candidate and freaking out the media, it’s supremely energizing…it’s about time! As radio talk show pioneer and host Barry Farber recently put it to WND readers: “Trump’s blow is the most severe blow to political correctness in the whole of that toxic, malignant, civilization-rotting doctrine’s tyranny. This is historical! It’s thrilling!”

It’s hard to put a finger on. Trump’s presidential announcement and subsequent media interviews have been bashed by everyone from Ms. Clinton to PGA’s Phil Mickelson to Romney. And, the list continues to grow, or does it?

All of these folks so willing to provide media with their “feelings and opinions” about Trump’s statement are disappointed, feel awkward, disgusted and that’s just the tip of the iceberg.

Even “Dirty Harry” Reid jumped into the fray this week (of course) along with Republican South Carolina Senator Lindsey Graham, who the media reported sounded a lot alike in their revile against Trump’s statement about Mexicans and Mexico. Graham even went on to tell reporters that every Republican candidate should disagree with Donald Trump and come to the consensus that most of the [Mexican] people here illegally are good, hard-working people (try telling that to Kate Steinle’s family). Then, he even went on to advocate that if Republicans don’t agree as a party to rebuke Trump than the party loses in 2016.

I think this is a mistake. I know my brother-in-law lawyer in Houston would disagree but I am doubling down along with Trump on the fact that most of America is sick of cowering under its PC covers. Trump’s words might not be the most diplomatic or empathetic but if you lift the covers, he’s got most of his facts right. And, that’s the point folks.

I don’t think the RNC or even a majority of American independents for that matter agree with Graham, and frankly, they shouldn’t. Why? Because Trump’s now infamous [or famous depending on how you interpret it], 900-word statement is at its very core about free speech, fact and guts…okay, and maybe a little showmanship. That’s to be expected.

How about taking a closer look at what Trump actually is saying about Mexicans and Mexico:

“We’re not talking about the good people. The good people come and they’re great people—they’re better than good people. I love the Mexican people. They have tremendous spirit. They have tremendous vibrance and life. I love them. I have so many friends. I respect the country of Mexico,” he said during a Fox News Insider interview also adding that the problem is that Mexican leadership is much smarter than American leadership, and that the country is killing us on jobs and economic development.

Despite what the left-leaning media outlets and their fact checking spin try to sell you, Trump’s popularity is on the rise. Even as Republicans and Democrats sit on the sidelines whining and entities like Univision, ESPN, Macys, NASCAR, Serta and others pull out of endorsements and contracts, Trumps continues to surge.

Why are we allowing this to happen as a nation and so quick to slam Trump about his run-on mouth and big hair? Maybe we are just too scared to take that deep look in the mirror. Or, maybe we’ve just become numbingly resigned to America being less than exceptional or the leader of the free world.

Despite Trump’s Christie-like style, which I find ironic given so many Americans dig Christie’s brash approach to governing calling him a breath of fresh air in some parts of the country, I am equally as saddened that so many Americans don’t take the time to look past the hyperbole and extract the truth.

Let’s face it, our foreign policy stature is a disaster with ISIS now being hailed by Obama as a long-term proposition that future generations of Americans will be dealing with for decades. Moreover, the U.S. economy still continues to hiccup with low wages and an unprecedented percentage of Americans on welfare and food stamps. But, please don’t believe me, if you need additional corroboration, check out the recent WSJ story, OECD Indicators Point to Growth Slowdown in Major Economies. U.S., China, UK, Canada, and Brazil economies are seen slowing.

Even the Democratic presidential candidate from Vermont and self-described socialist Bernie Sanders is skeptical. In a recent Washington Times article, the covers were transparently lifted off the recent drop in the unemployment rate and Sanders was first in line questioning those numbers.

“Last week’s Department of Labor report said the U.S. created more than 220,000 jobs in June, and the unemployment rate dropped to 5.3 percent, the lowest since the pre-Great Recession days of early 2008. Tucked within the study, however, is a figure that some analysts say is far more important than month-to-month job figures: The number of Americans working or searching for a job has dropped to its lowest point in 38 years.” Sanders added that there is another set of government statistics that many don’t know about. He commented that if you include those people who have given up looking for work and the millions of others who are working part-time, 20, 25 hours a week when they want to work full-time, the real unemployment is 10.5 percent. Ouch!

Maybe that’s not a bad thing for those of us who do like to work (right Jeb?!).

I don’t know about you, but I will most definitely have my glass of wine and cheese all lined up well before the debate moderator asks their first question because I can’t wait to see The Donald in HD action. How about you?

The Obama-Clinton Initiative for an Islamic Caliphate, Part One: The Libyan Revolution and Benghazi