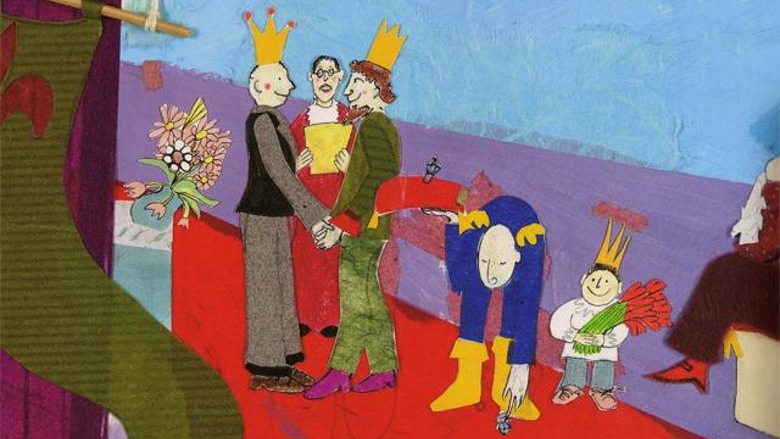 Recently an openly gay 3rd grade teacher resigned after causing a stir by reading a book about homosexual lovers, King and King, to his 3rd grade children.

Omar Currie, said the reaction that some parents may have had never crossed his mind. He thought he was doing good by turning something he saw as negative attitudes towards gays in his classroom into a teachable moment.

Apparently a little boy was perceived to be effeminate and Currie thought he was being treated poorly. As a black, gay man, he said he remembered his middle school years as being terrible.

So, instead of simply encouraging his students to treat others equally and fairly no matter race, creed, etc, he used his ‘teachable moment’ to redirect attention to the gay agenda.

The book, King and King, had been subject of heated discussions involving the community twice before, but the district decided to leave it in schools as a book to be read when a teacher requested in writing to do so.

Currie did not request to read the book ahead of time, he just went with it.

Currie said he resigned because he felt “administrators did not support his decision to influence little impressionable children.”

The school’s assistant principal, who lent Currie her copy of the book to Currie, has also submitted a letter of recommendation.

The only question I really have is how long before Currie turns around and sues for being discriminated against?

The Supreme Court has mandated gay marriage which means anything against gay marriage or gay acts can potentially be considered hate speech; it already is, really.

In fact, this is probably one of the last stories we’ll hear about in which a teacher was rightly reprimanded for teaching any type of sex-themed agenda and resigned.

The Importance of History & Maintaining the Soul of America