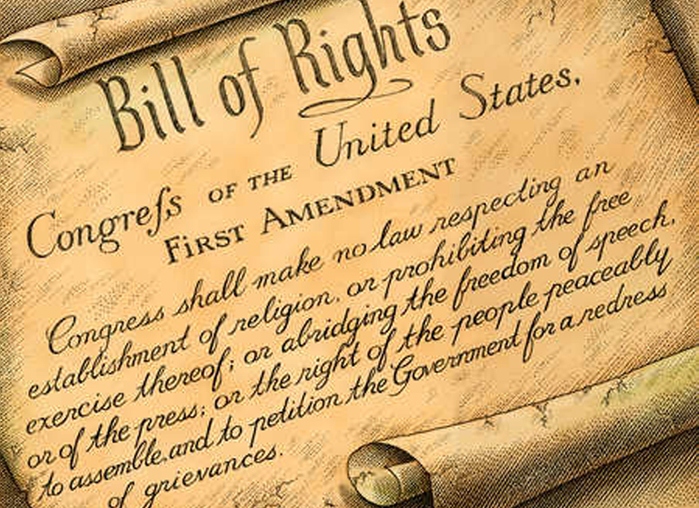 If a stranger approached you on the street and told you what to believe in spiritually, seeking to define your most personal and intimate faith, you could be forgiven for feeling extremely uncomfortable – until you told them in no uncertain terms that your beliefs are no one’s business but your own and that they should probably just move along. But what happens when it’s done by powerful authority figures, who are already legally sanctioned in coercing money from you on an annual basis “for the greater good”, and now take it upon themselves to lay out your only legitimate orthodoxy, implying with every word that there will be consequences for you should you fail to comply? Now you feel a lot more than discomfort. Now it’s about a deep, profound violation of your personal sanctity, your religious liberty, one that literally reaches to your very soul.

And yet, many elements within the American government seek to do this to the citizenry with alarming regularity. With imperious judicial unaccountability, the U.S. Supreme Court has decreed from on high that the ancient – and, some would argue, holy and sacrosanct – institution of marriage is to be redefined, with the specter already being raised of religious entities losing their tax exempt status (a form of extortion, should it come to pass) if they will not toe the new party line. The well-intentioned but utterly wrong-headed healthcare restructuring of Obamacare has been criticized for requiring people to pay for abortive medical services for others, regardless not only of their own disagreement with the procedure but even any deeply held belief they may have that such an act is immoral and contrary to divine will.

The very first amendment to the Constitution of the United States reads, in part,

“Congress shall make no law respecting an establishment of religion, nor prohibiting the free exercise thereof.”

Even the nation’s founding fathers recognized the essential importance of religious freedom, that all people must be left unmolested to seek and find God in their own personal way, and to never be compelled. In fact, this is the only amendment which the founders chose to enter before the right to keep and bear Arms, itself a vital safeguard against government oppression.

The United States of America is a land of personal freedom, and there is no freedom more personal than the freedom of worship. To subject a person’s spiritual beliefs to dictation or punishment is to impose the worst possible tyranny upon them. This, above all, can never be allowed in a nation that claims to value liberty.