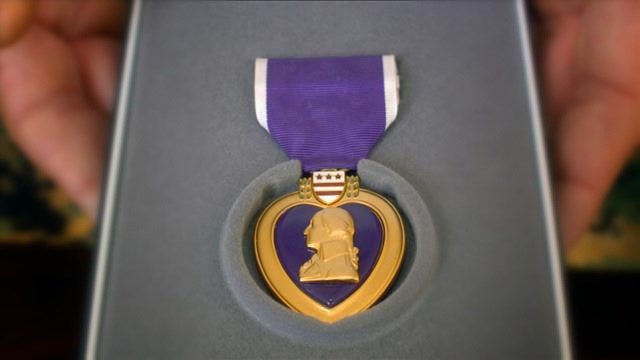 “Never in the field of human conflict was so much owed by so many to so few.” ~Winston Churchill

There are a lot of things I don’t know much if anything about, especially when it comes to regulations, traditions and long standing rules. It’s not that I don’t appreciate or try to learn the reasons behind them, it just seems like sometimes things ought to be different or handled on a case by case basis.

When it comes to actions, words and deeds, I learn by observing. What I’ve been observing over the past 5 or 6 years have been disturbing to say the least, and on many occasions downright infuriating.

On July 16, Mohammad Youssduf Adbulazeez murdered four U.S. Marines and one Sailor during an attack in Chattanooga, Tennessee.

While previously Obama had the White House decked out in the rainbow flag themed lights in a show of solidarity of the Supreme Court ruling for gay “marriage” the very same night as the ruling, it took Obama over 5 days before he thought to lower the White House flags to half-mast in honor of 5 heroes who were murdered, again on American soil. Many Americans and some Governors lowered their flags as soon as the news broke. The White House took Five Days. That’s disgraceful- but from this administration, not surprising.

Apparently love wins out again for homosexuals by the Obama administration, but not for our Military.

Hours after the attack, the White House issued a press release. No, not for the shooting, but to congratulate and herald Muslims on account of Eid, the end of the Muslim month of Ramadan- but it’s ok, because there was another press release later giving lip service to the attack in Chattanooga. An hour later. That’s disgraceful too. But once again by actions, words and deeds, the Obama administration shows where their priorities and devotions lie.

The attack in Tennessee has been reminiscent of the attack at Ft Hood and a shooting at a recruiting center in Little Rock Arkansas 6 years ago.

Whether our government will say it or not, the war which Americans have been fighting and dying on the other side of the world for, has come to America. Our military has been attacked over a dozen times on our soil, and more and more threats by jihadists have been made against our Military and their families.

Those from the Obama administration like to use politically correct terms to distance such attacks from Islamic ideology by calling these terrorist attacks work place violence or Lone Wolf attacks. The media is complicit in passing the Islam is a religion of peace narrative by echoing the administration and distancing the Lone wolf from the rest of the jihadi pack.

PolitiChick Susan Swift Arnall wrote in her article The Lone Wolf Conspiracy, in January of this year saying,

“”Lone Wolf” suggests aberration, madness, a random quality to the target and disconnection from the deadly consequences and from reality. It is Liberal Code for a crime hardly worth publicizing or analyzing. It is like calling someone insane, a kook, or “nut job”, dismissing any larger danger or further investigation of motive. “Lone Wolf” is cynical media branding designed to mute those who might ponder motives, find parallels, deduce from evidence or draw logical connections.

In a recent article by Stars and Stripes, the FBI said that Abdulazeez “appeared to be a homegrown violent extremist who operated on his own.”

This after the chairman of the House homeland security committee Michael McCaul had called it an ISIS inspired attack and compared it to would be terrorist attacks which had been stopped by the FBI. In an article by the Guardian, McCaul said “What they are saying is to attack military installations and attack police officers and what we saw was one of the most deadly attacks on US soil, against the marines and the American sailor.””

While the investigation is ongoing, the Marine Corps which has been preparing Purple Heart packages for the fallen Marines, say eligibility has to be determined through the FBI’s investigation.

Congress passed a new Purple Heart Criteria in December of last year which requires that an attack be perpetrated by someone who has been in contact with or inspired by a terrorist group.

Information has been coming out since the attack, including blog posts written by the Kuwaiti born Abdulazeez which show his motivation and loyalty was for the Islamic ideology and the Islamic prophet Muhammad.

It doesn’t take a rocket scientist to understand our military is being targeted by Islamic followers- whether they are operating for ISIS, Al Qaida or any other terrorist group or on their own. As we’ve seen over the years Islam can be just as deadly when acts of terrorism are carried out by ‘lone wolves’ or packs.

The fact that some of the servicemen sacrificed themselves during the attack by drawing Mohammad Abdulazeez away from a larger group of potential victims proves that they died as they lived, as heroes defending our country.

I don’t follow the same regulations and traditions or have any say to those who write the long standing or change the rules, but I’m asking those who do:  Do not make the families of those 5 who gave all wait 5 years for benefits and the Purple Heart their Marines and Sailor deserve the way you did for all of those who suffered and died in Ft. Hood and Arkansas.

In Jail? You May Qualify For Obama Pell Grant For Prisoners!