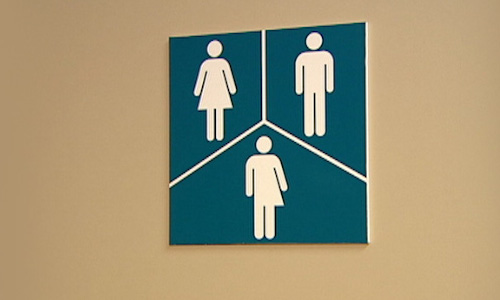 I’ve lost track of how many times I’ve written here to tell you about the horrid decisions that Oregon state lawmakers are making every day they’re in session.

From the corrupt ex-governor, to the openly bi-sexual replacement governor, to the ridiculous taxes, policies that protect law breakers and punish good people, gun grabbing legislators, education woes, bills allowing teens to get abortions without parental knowledge, environmental laws that cripple the economy and personal freedoms, pay per mile taxes, unelected officials destroying small businesses for religious beliefs…the list goes on and on and on. I’m actually making myself stop because it’s getting too long.

The beautiful state of Oregon is going to pot. Literally, actually, with the legalization of marijuana on July 1st. The same state that pays organizations to tell teachers that all white people are racist, sends teens to pornographic sex conferences and, tried to make vaccinations mandatory, has crossed the line.

In fact, I think they erased the line because we can’t even see it now. Watchful folks found out awhile ago that parents were on the hook to pay for abortion and other “private” services their children receive without being allowed to know what it is they’re paying for.

We were recently stunned to learn that a new law had silently been passed that we were unaware of.

“…under a first-in-the-nation policy quietly enacted in January that many parents are only now finding out about, 15-year-olds are now allowed to get a sex-change operation. Many residents are stunned to learn they can do it without parental notification — and the state will even pay for it through its Medicaid program, the Oregon Health Plan.

While 15 is the medical age of consent in the state, the decision to cover sex-change operations specifically was made by the Health Evidence Review Commission (HERC).

Members are appointed by the governor and paid by the state of Oregon. With no public debate, HERC changed its policy to include cross-sex hormone therapy, puberty-suppressing drugs and gender-reassignment surgery as covered treatments for people with gender dysphoria, formally known as gender identity disorder.

When I was 15 years old I was convinced that if my mother wouldn’t let me dye my hair green that I would die. She didn’t let me and, obviously, I didn’t die.

I cannot imagine this. At 15 you can’t even have a license to drive a vehicle, yet you are mature enough to know that you want to mutilate your body and have a procedure that will very probably ruin your life?

For goodness’ sake, you can’t even go to a tanning bed in Oregon if you are under 18!

At what point do Christians stand up and say they aren’t going to pay for these abominable acts anymore?

I think it’s time for a good old fashioned angry mob with pitchforks.