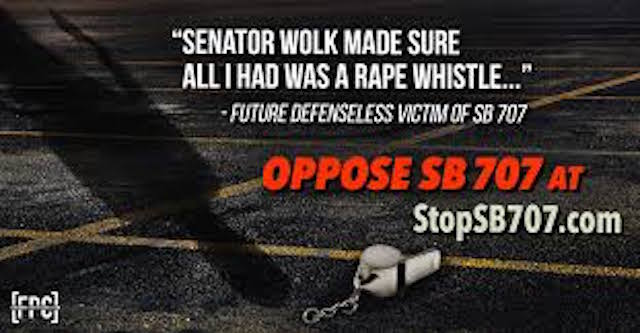 Crime statistics are up again in California.   After years of improvement, the average citizen’s risk of being a victim of crime is once again on the rise. We are no longer safer today than we were yesterday in the Golden State. Sociologists studying things like the release of non-violent felons tell us this marginal increase in crime is some sort of cross we should just grin and bear. They seem to have no qualms about making the entire state one vast prison yard. Advocates for prison reform seem to be saying to us it’s a good thing that they get their family members out of jail and, good for them, we and our property will be there to provide a non-violent criminal living for them.

Of course it’s not just non-violent crime that’s up. Violent crime goes up as the “get away with it” incentives shift in favor of the perpetrator.   The City of Los Angeles is seeing this rise in 2015. Personally, I think part of that rise is that the communities surrounding the City of Los Angeles are getting better at pushing criminals that had been coming out of L.A. to do their crimes the old fashioned way, within walking distance of their homes. It effectively redefines what part of town is an open prison yard and what part isn’t.

I believe that despite the clumsy efforts of Sacramento politicians to entrench an “Open Prison California” existence on the populace with things like currently pending SB 707 and AB 1134 that target the ability of ordinary people to deter and if necessary resist violent and non-violent criminals, this trend of segregating California into sanctuary spaces – where “not so random really” tragedies will happened more – and resistive spaces where citizens and law enforcement will likely evolve – at times kicking and screaming- greater deterrence partnerships in a not so less lethal direction of community policing is likely to continue.

For instance, AB 1134 is just as likely to create more communities where CCW’s are prevalent in the state as it is to make it impossible to get a gun permit in others. For the restrictive zones, which are also likely to be those communities where open prison felons will probably concentrate, it’ll be a rough crime ridden future; it’ll be grittier and “Blade Runner” like. People in the “prison zones” will envy the people in the CCW rich zones.   It’s a future that doesn’t actually have to be this way. But it hinges on Sacramento realizing that prison reform begets citizen enablement to keep the crime deterrence equation in balance. Right now that does not seem to be something public policy makers care to face.

It also means treating everyone equally which is my main argument against this SB 707 thing that created two classes of privilege in California. Basically SB 707 is the “if you’re not cop, you’re little people” line from Blade Runner. People associated with law enforcement will become a class of citizen with more rights that ordinary ones under this proposal. In an America already worried about the widening gap between the people and cops, adding another law that reinforces that people are prisoners in their own homes and streets seems rather off the mark.

This observation is less sociology than it is anthropology. Sometimes you just have to say it is what it is.

The Fall of Mohamed Morsi and the Conspiracy that Created ISIS