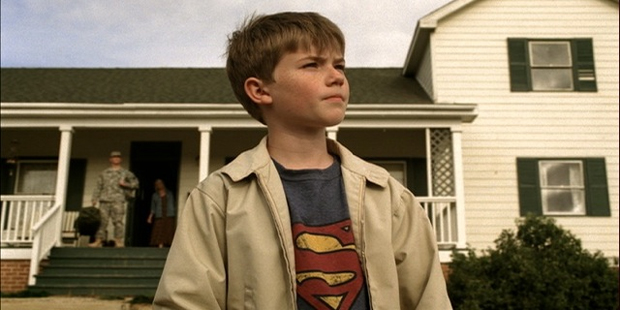 As a 19-year old millennial, I’m realizing that we (as a society) sometimes inhibit children’s imaginations, stuffing them into a particular type of box, trying to make bonsai trees out of great oaks.

I chose to be an oak.

Even as a child I’ve always had a different way of viewing the world.  Whether inspired by books, movies, or even a few story lines in a video game, I spent much of my childhood creating and interpreting stories.  My favorites were stories of courageous individuals who rose above their circumstances and achieved something amazing, fictional or not.  A few of my heroes included George Washington, Superman (well, just about any superhero really), several characters from ‘Lord of the Rings’, William Wallace, and Zorro.

Eventually I discovered that one of the things I love best about their stories is how we (as people) can learn and grow from them.  One of our most blessed gifts from God is that we never really finish learning who we are, and we continually have the chance to grow and evolve, figuring out more of what’s already there.

So, theoretically speaking, while I was jumping on my bed in a Zorro mask pretending to save the world from rogue squirrels and fallen refrigerator magnets, I was actually learning how to be a hero, to rise above, and hopefully go out into the world and do some good.

To be honest, being different isn’t always what it’s cut out to be.  My parents, in their own loving way, reinforced my ‘uniqueness’ and so for many years I felt like I didn’t belong anywhere. I still don’t sometimes. Consequently my books and stories seemed much more important the older and more aware I became.  Around the time I turned 13 or 14 I started watching a television show called “Smallville”, which had a massive influence on my life.  In a way, it helped teach me the value of strength and of being different in a ‘Superman’ kind of way.  Another film that resonated in me was The Matrix, the tale of an extraordinary person who rises from banality and ignorance to become what he always was: a hero. 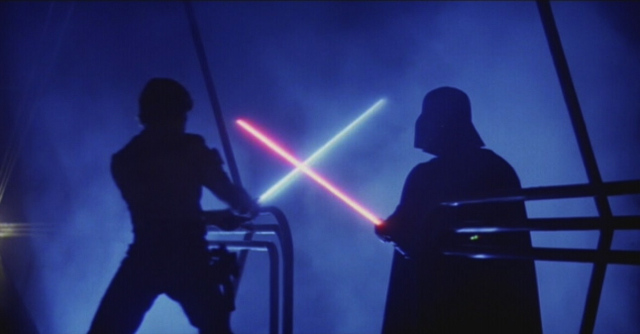 Since my perspective on the world has admittedly been greatly influenced by the arts, I tend to see parallels between my beloved stories and the world we’re living in today.  For example, the prequel Star Wars movies comes to mind: a story about a seemingly good and just public official, who corrupts the only person standing in his way, gets elected to office, and ushers in a time of darkness and hopelessness. (Yes, I’m looking at you Mr. President…)  But in spite of all the bad in the world, there is always some force for good that stands up to the challenge and does what’s right no matter what. And that, I’ve discovered, is simply the universe naturally balancing itself out. Where there is evil, there has to be good to oppose it, and vice versa.

My even-stranger-than-me brother once told me I’m the “main character” of my life’s story–meaning I alone am the only one who can overcome the obstacles, defeat the bad guy, and get the girl.   Of course as a 19-year old, I do realize that I have a long way to go before I become the man who I refer to as “Future Me”. But if I can commit to taking an hour or two out of my life every once in a while to find a way to be a better person, solve one of life’s mysteries, or make a sandwich for someone who needs it, then just about anyone can do the same.

And wouldn’t it be ideal if we could forget about all of the racism, prejudice, and hatred people seem to have towards one another? How is everyone being carbon copies of each other considered a good thing? To me, it doesn’t matter if your beliefs are different from mine; the only thing that matters is if you’re interested in being real.  If so, then we have the opportunity to grow and learn from each other. As for people prejudging others on the basis of origin, spiritual belief, epidermal pigmentation, or some other such nonsense, why don’t we try looking at the intentions of the person we’re judging and go from there?  However bad the world may seem, if you go outside and actually talk to people, a lot of them don’t have the ignorant prejudice that the media would have us believe they do–and that gives me hope.

So, to any young people who might read this, we are the future of the world. You might think, “I’m just one kid, I can’t do anything,” but nothing could be further from the truth. We don’t need to worry about changing the world right this instant; time takes care of that for us! All we have to do is decide whether we want our legacy to be good or bad.  It really is as simple as that.

Not sure what you want to do? Sometimes all it takes is just changing your outlook on things and the rest will follow. I encourage you to learn from everything around you and not just take whatever people (or the media) tell you as fact. Use your mind and your heart to become the main character of your own story.  Live your best life possible and help bring about a silver age of heroism and promise–and who knows, maybe someday a new generation will be reading stories about us.

East Texas resident Jess Vinton is an aspiring Broadway actor and lifelong patriotic advocate of American values. At 19 years old he is an accomplished martial artist, singer, writer, philosopher and philanthropist. He has dedicated his life to standing for what he knows in his heart to be right and true. He believes that it’s important for the up and coming generation to be knowledgeable about politics and government, so as not to make the same mistakes of past generations. Jess says, “If we discourage free thinking we’ll run out of people of character, and when that happens, you end up with a world of blind followers. That’s not a world I want to live in.”

Are the Ten Commandments Really “Judeo-Christian”?