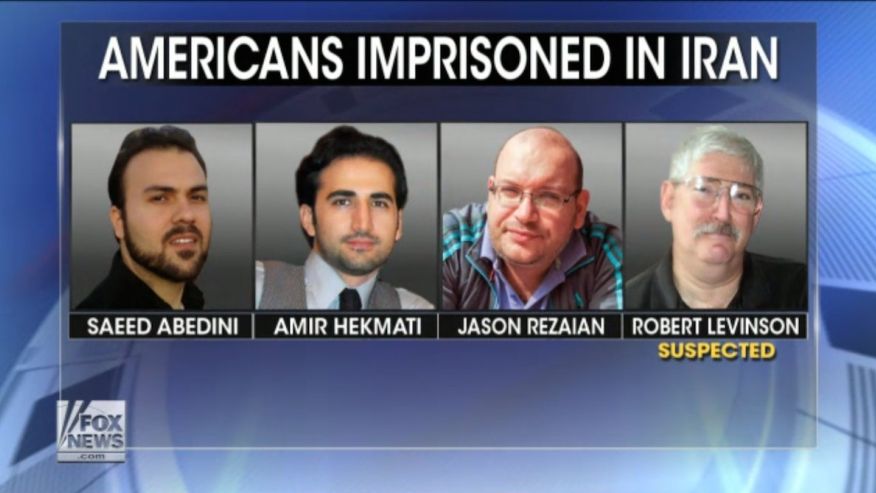 On Wednesday, July 15, 2015, President Obama berated CBS News’ White House Correspondent Major Garrett after asking about American hostages in Iranian prisons why negotiations for their release were not part of the deal.

Former Marine Amir Hekmati, Saeed Abedini, Vahid Salemi, and possibly Robert Levinson are left behind while The Times of Israel reported back in November 2011 that there was an exchange of prisoners between our two countries that led the Obama administration to release a top Iranian scientist back to Iran:

“Mojtaba Atarodi, arrested in California for attempting to acquire equipment for Iran’s military-nuclear programs, was released in April as part of back channel talks, Times of Israel told. The contacts, mediated in Oman for years by close colleague of the Sultan, have seen a series of US-Iran prisoner releases, and there may be more to come.

The secret back channel of negotiations between Iran and the United States, which led to this month’s interim deal in Geneva on Iran’s rogue nuclear program, has also seen a series of prisoner releases by both sides, which have played a central role in bridging the distance between the two nations, the Times of Israel has been told.

In the most dramatic of those releases, the US in April released a top Iranian scientist, Mojtaba Atarodi, who had been arrested in 2011 for attempting to acquire equipment that could be used for Iran’s military-nuclear programs.”

This time however, the Obama administration, desperate to finalize the deal, did not even include the release of the American prisoners, fearing it would endanger Iran’s agreement.

President Obama’s answer to Garrett displays not only his logic, but the lack of value toward American lives:

“Now, if the question is why we did not tie the negotiations to their release, think about the logic that that creates. Suddenly, Iran realizes, you know what, maybe we can get additional concessions out of the Americans by holding these individuals – makes it much more difficult for us to walk away if Iran somehow thinks that a nuclear deal is dependent in some fashion on the nuclear deal. [Note: actual quote] And by the way, if we had walked away from the nuclear deal, we’d still be pushing just as hard to get these folks out. That’s why those issues are not connected, but we are working every single day to try to get them out and won’t stop until they’re out and rejoined with their families.”

President Obama speaks often about “American values” as the hard left works to redefine and reorganize them. We see that his and the radical left’s values do not include American lives as he tries to advance his presidential “legacy”. Obama’s value hierarchy repeatedly surfaces:

And most recently, hours after the Chattanooga shooting resulting in the deaths of five of our unarmed Marines by Mohammad Youssef Abdulazeez, a Kuwaiti Muslim, the White House tweeted “Eid Mubarak!” as Ramadan came to a close, saying, “the holiday is a reminder to every American of the importance of respecting those of all faiths and beliefs.”

It was only after Obama had sermonized that Americans should respect Islam that he acknowledged the dead Marines.

Regarding his Iranian deal, it’s obvious that American lives are not a priority value in President Obama’s judgment.

Behind Closed Doors In the CO GOP: From Bedrooms to Boardrooms

Conservatives: Are We Letting Emotions Get the Best of Us?