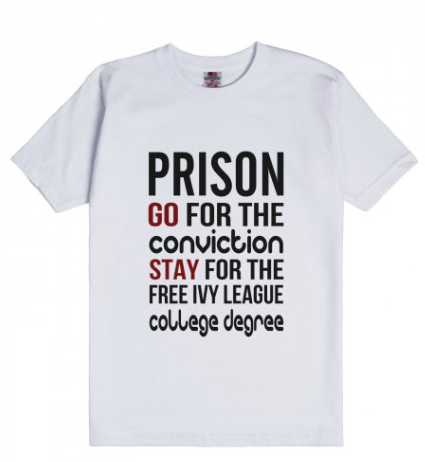 It’s no wonder that President Obama is a favorite among progressive liberals because he just did the dumbest thing I’ve ever heard of.

He’s giving Pell Grants to those who are incarcerated.

Yes, you read that right. Your tax dollars will now go towards educating someone who has been convicted of a crime.

Don’t get me wrong; as long as they are deserving, work hard in school, earn good grades, and stay out of trouble I don’t mind having my tax dollars go towards helping low-income students attend college. But offering Pell Grants to prisoners is the very definition of asinine.

When I went to college, I didn’t qualify for any grants because my parents made too much money. I had to take out loans and apply for private scholarships. I was involved in high school and college. I worked throughout school and I maintained As and Bs. Instead of giving someone like me – a decent student who’s stayed on the straight and narrow path – a grant, they would rather give a convicted criminal money to better their lives.

Under this new order, prisoners will be able to receive almost $6,000 a year in FREE money. That’s right, “free” money that is subsidized by you, the taxpayer.

Our society is as screwed up as it is because we punish the good and reward the bad. We’re so focused on not hurting people’s feelings that we don’t think about the long term consequences of our actions. Instead of holding everyone’s hand and babying them, the government needs to punish these criminals. Isn’t that the point of being incarcerated in the first place?

But wait, Education Secretary Arne Duncan doesn’t want people to have any debt for receiving a college degree.

“We want to do even more, developing experimental sites that will make Pell grants available to programs that award credentials based on demonstrated competency, to incarcerated adults seeking an independent, productive life after release, and to adult learners who enroll in short-term certificate programs that provide job-related training,” Duncan said.

In other words, if you don’t want to have a ton of student loan debt (like most college-educated adults do), commit a crime, serve a few years and it will be handed to you.