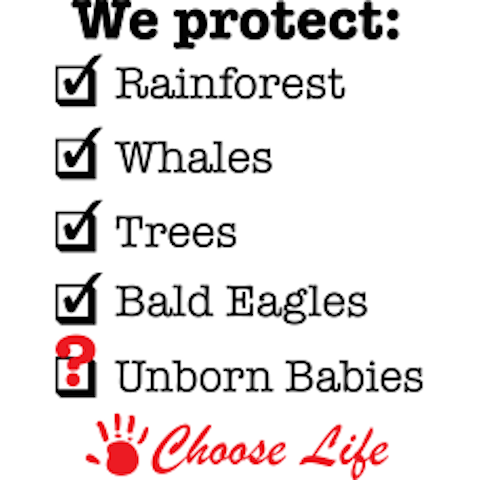 “Are you pro-life or pro-choice?” It was a question I would frequently get when a political discussion would erupt.

“Both?” I would say, semi-reluctantly. This was the one question I hated answering. I had to explain myself, which caused a greater discussion. It wasn’t a simple answer. It was more complicated than a one word answer.

I would get looks of confusion, and in some cases, amazement. No one understood me. I had to explain myself.

“I’m pro-choice for everyone but pro-life for myself. I don’t think I could ever go through with an abortion but who am I to tell someone else what they can and cannot do?”

Most of the time, my response shocked people. I’ve been told that most people haven’t heard of this stance before. Abortion is such a divisive issue that it’s always assumed that a hardline stance has to be taken. You’re either fully in favor of abortions, with no exceptions or you’re fully against abortions.

Over the last week, I’ve reevaluated how I felt about abortion. I’ve seen the graphic posters and pictures that depict an aborted baby. Different groups held protests on my college campus. And most of the time, I would stand back and watch. I wanted to take in both sides’ argument and understand why the felt so passionate about the issue. I was curious.

Yes, the pictures grossed me out. Yes, it made me think, but more than anything, those pictures made me angry. I felt like those things were being shoved in my face and here I was being forced to take a stance on an issue that I didn’t feel impacted me. I can honestly say that I’ve never thought, “I need to protect abortion rights in case I need an abortion down the road.”

The Left frequently uses the argument that women who are victims of rape should have the decision to have an abortion. As someone who has been the victim of sexual assault, I can say that making a decision to have an abortion would add additional emotional trauma to an already traumatic experience. You’re already full of shame and guilt. The last thing you need is knowing that you killed an innocent life.

Last week’s Planned Parenthood video was more graphic to me than any of the pictures I had seen of aborted babies. Knowing that Planned Parenthood is not only aborting babies, but selling their organs and tissue for profit, upset me. Hearing the graphic detail about how baby’s skulls are crushed during an abortion sent chills down my spine. Hearing about baby’s legs being broken to protect vital organs caused my jaw to drop. How could a doctor – someone who took the Hippocratic Oath – kill an innocent child and make money off that killing? If someone did this and they weren’t a doctor, it would be considered murder, but in our society, it’s looked at as another day at the office.

These chilling stories made me come to a conclusion: innocent life needs to be protected. Even though I believe in limited government, we have a duty to protect those who can’t protect themselves. That’s why I’m now a member of the pro-life community.

We’re on a Mission: Find One Military Couple for "Operation Love Story"