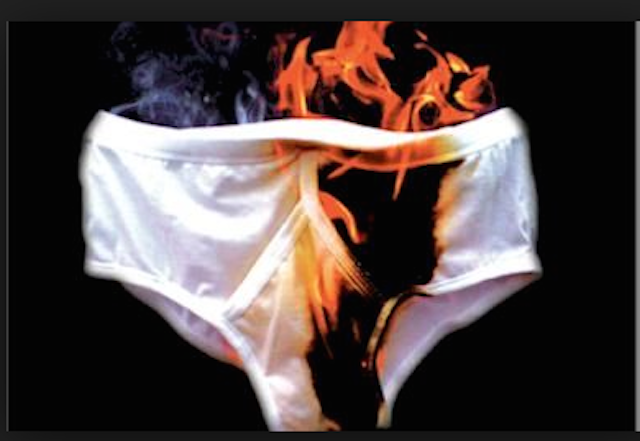 From Webster’s Dictionary: lie (n); a false statement made with deliberate intent to deceive; an intentional untruth; a falsehood.

Tuesday, June 30th, the next load of Clinton emails from the State Department were reportedly released. As the majority in the journalistic profession have described themselves as affiliated with the Democrat Party, it comes as no surprise to see the soft, euphemistic language used in both headline and full story with regard to the content therein. Phrases like “may have mislead” and “unclear whether top officials knew” are scattered throughout the press stories, the notion that plain speaking, especially when it comes to Hillary Clinton, is rude, disrespectful, intemperate.

I refuse to play the “You Can’t Hit the Girl” game, and since I am not a member of the National Press Corps I feel no such compunction to pussy-foot around with the facts now in evidence.

Bottom line, Hillary Clinton is a liar. She lies at will, and she lies when it is unnecessary to lie. She lies about irrelevant things such as why she spells her first name with the double-l rather than the more traditional single, but more egregiously, she lies about extremely important matters of government, of her office as a part of it, of what she did, why she did it, with whom she spoke/wrote to, including details of the events.

Of course Hillary Clinton is not the only one who lies in her circle.  We know her legal counsel, Cheryl Mills, is also very adept at lying, although technically it is perjury since she has done so under oath before Congress.

In this latest release of emails we now know David Axelrod, formerly Obama’s chief political advisor, lied when he told us he had “no idea, none”, that Clinton used a non-government/State Department email address when that fact was discovered and exposed months ago. Axelrod even went so far as to chastise Republicans, especially presidential candidates, warned them not to “fixate” on the email investigation for the American public will not tolerate it. Talk about hubris. Former White House Chief-of-Staff Rahm Emanuel knew Clinton used an email address without the .gov attached to it, frankly at this point it would be harder to find anyone throughout State or the Obama Admin who truly did not know, was unaware Clinton’s email transmissions were not safe-guarded by the Federal Government secure system.

Sidney Blumenthal was brought before the House Special Committee on Benghazi last month, required to answer questions behind closed doors. He had made previous statements explaining his complete lack of knowledge as to Clinton, her email account, her State Department work, but still managed to release some of the emails he provided.  A good portion of yesterday’s dump showed Blumenthal’s statements also to be lies. I realize Clinton attempted to erase the contents of her non-approved private email server but geez, do none of these people know any electronic transmission is recoverable? Were none of them paying attention to Oliver North’s portion of the Iran-Contra hearings when we all learned “Delete” does not mean disappeared? Is their arrogance so immense they truly had no idea these lies would be exposed? Or are they counting on their accomplices in the mainstream media to stall, feign interest and appear to investigate–all the while pushing stories about Republican candidates in order to deflect attention away from them? Have the average, ordinary American citizens become so confused or accepting of the lies that, to quote Hillary, it truly doesn’t make a difference?

My fellow Americans, have you not had enough yet? How many lies will you allow Hillary Clinton to tell you to your face before you tell her “Enough!” Do you now realize that beginning with the press conference from the United Nations when the existence of the private server was disclosed, nearly everything Hillary has said was all lies? At what point does your intellectual self-respect take precedence over your Party loyalty or the notion of “making history” – didn’t you learn from that mistake made?

When one wins public office he is endowed with the Public Trust. It is therefore the first duty of the citizen-voter to determine whether or not the candidate for that office is trustworthy.