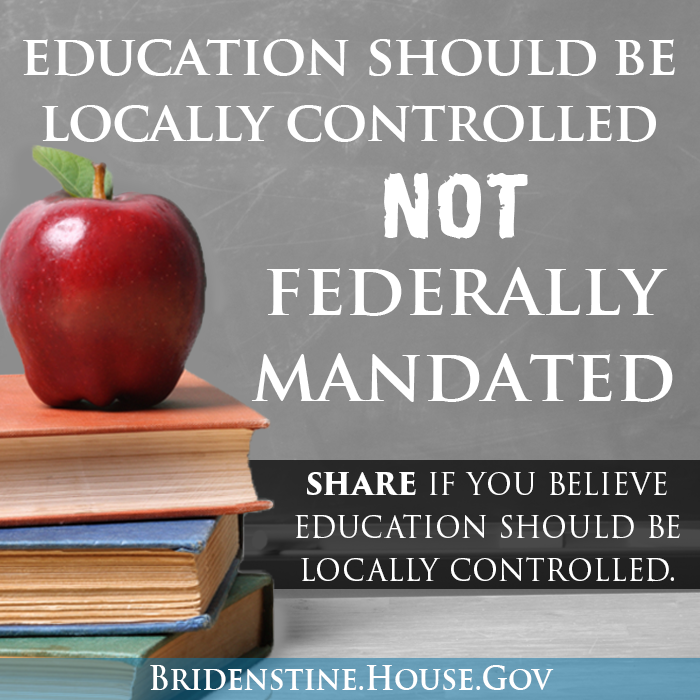 Three institutions are put in place for societies: Family, Church and Government. For a society to succeed, history tells us the order of importance to the rearing of our children and the necessity for our priorities to be in their appropriate place. To the degree any of those institutions become corrupt and no longer operate by a moral code, we all lose as a society.

We are now at the point where the brazen government schools will take your child’s physical and mental health into their hands without your permission, even against your will. The teachers who you think are your friends now have permission (some even consider it an obligation) to step in and teach your children right and wrong about the most intimate personal details of their lives without parental permission and evaluate not only how mentally healthy they are based on a set of values prescribed by a corrupt government, but even telling your child that parents don’t need to know. Often school funding depends on how many are deemed healthy or unhealthy. (Say this with me: Abolish Fed Ed and all its tentacles!)  It is unfathomable to me how this is okay with any parents. Your children would be safer playing in the streets.It never ceases to amaze me how quickly parents are willing to hand their children – now even their 3 year old babies – over to the government to raise. I see no way to stop this avalanche without parental revocation of this blind permission to people they barely know.

In case you missed it, the corrupt government is giving itself permission to “teach” children things that they should be arrested for even thinking. Every parent in every school district needs to rise up and say, “Get your grubby hands off my children!” The more parents that say no, the better this will go for all.

Oklahoma is certainly in the running for the most conservative state of all, with the best homeschool laws, and yet we are facing this abhorrent level of corruption and immorality here in our public schools. Oklahoma City Public Schools had to import a Superintendent from Seattle to speed the indoctrination along, and Tulsa Public Schools brought in a big government wonk over the protests of parents and teachers alike. But the protest was too small, and the financial gain to the global oligarchy for destroying the order of society is too great. 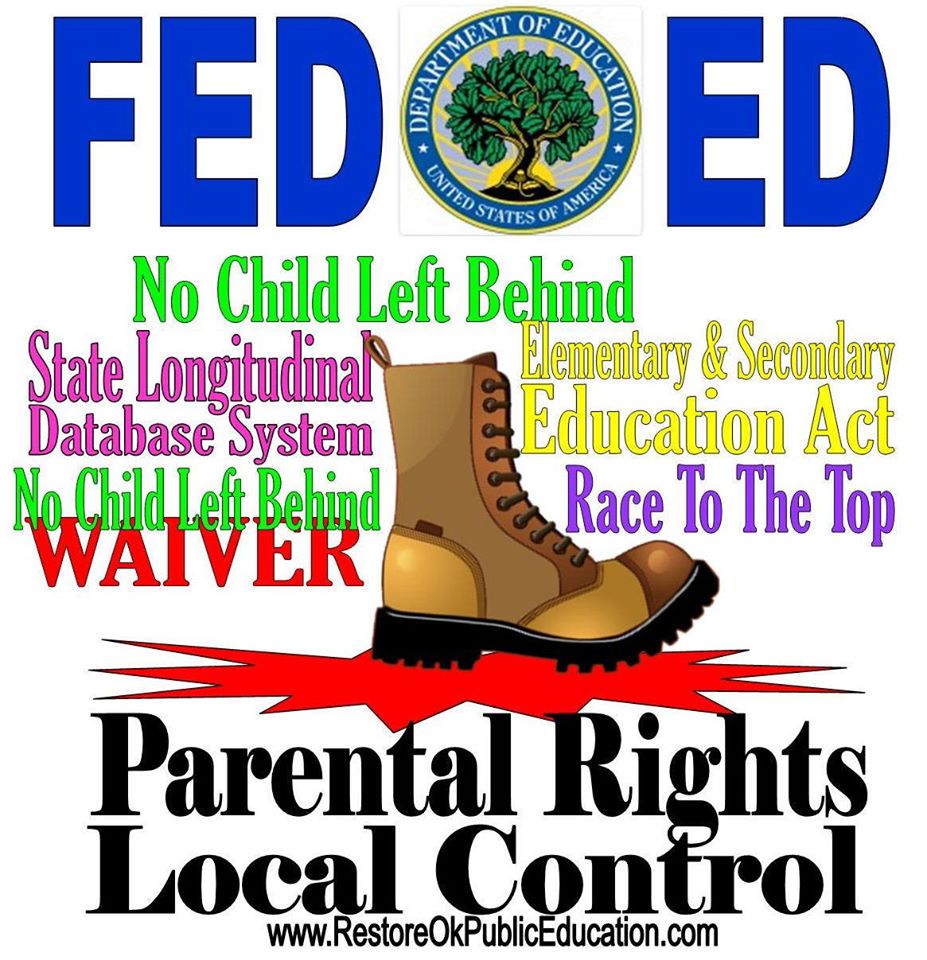 You cannot have a global government if you have a strong United States….strong states, strong churches and strong families is the antidote to the unraveling of our society.

Below is a collection of thoughts and research links from Linda Murphy, Oklahoma education activist and former advisor to Gov. Keating, regarding the impending plans to intrude on your family. While she is writing about Oklahoma, I can promise you that if we are dealing with this in our state, it is in your state as well. I would recommend that you quickly go to your school’s website and have the school board, superintendent and principals contact information quickly accessible. Whether you have school age children or not, our society and our freedom is at stake. It is time to get involved.

School Based “Health” Clinics, Comprehensive Counseling Plans, Federal Testing are dangerous intrusions into personal and private areas of the lives of children.

In the name of “preventing” problems, Schools in some states are over-riding the Parents and deciding how to “deal with” the children under these labels —-Reproductive Health, Sexual Orientation, Bullying, Suicide, Racial Discrimination, Poverty, Motivation, Mental Health, Sexual Activity are all to be included.

Should the mental health, sexual/reproductive health, personal life changing decisions for students be decided by School based “Health” care workers?

“A student who does not want their parents to know they are seeking reproductive health services is allowed to apply for Take Charge (a Medicaid program) using their own income, and if they are insured under their parents’ plan, the insurance would not be billed,” the spokesperson (from Seattle, WA Schools) added.”

Should our Schools work with the state health department to write a plan to deal with behavioral problems, assessments, mental health of students? OKC Supt. Neu and the Okla. State Department of Education is writing a plan with the State Health Department to put in place in the near future.

Is a SCHOOLWIDE -STUDENT MENTAL HEALTH / BEHAVIORAL PLAN in the works for OKC Public Schools without public knowledge?

Oklahoma, and especially Oklahoma City, parents and teachers need to watch a comprehensive student behavioral intervention plan which is being developed in a manner that is creating concern. NATIONAL COUNSELING STANDARDS are already developed and are being pushed in other states with Opposition from parents and teachers who find out what is in them. Now according to a report in the Oklahoman, OKC Public Schools Superintendent NEU refuses to release details of a “COMPREHENSIVE” plan put together with HEALTH Agencies and the Oklahoma State Dept. of Education to “intervene” when there is a BEHAVIOR or DISCIPLINE PROBLEM.

I find myself in agreement with Ed Allen, OKC’s American Federation of Teachers -AFT President that he should be very concerned about what is in the plan he says NEU refuses to clearly define. Allen says that although he, himself, is on the committee that is “supposed to be” writing the plan, that is not what is happening. He said the district officials with Supt. Neu are writing the plan. OKC Public Schools officials said “the district, with the help of the state Education Department and various health agencies, plans to provide training and support to teachers and principals to more effectively intervene with troubled kids to keep them in the classroom and reduce out-of-school suspensions. “In our opinion, we have a comprehensive plan…….”

This situation causing concern to Ed Allen appears to be typical bureaucratic strong arming and double talking by NEU. The “consensus” agreements for what is being written in a discipline plan is supposed to come from the committee but that is just a cover and Allen is BLOWING THE WHISTLE. He is refusing to just “rubber stamp” what is in the plan once it is finished and made available. Read the details in the Oklahoman article linked at the bottom.

Superintendent NEU has already shown his eagerness and push to align OKC and then serve as a “model” for all Oklahoma Schools with the national education plans of the Federal Dept. of Education. The NATIONAL COUNSELING STANDARDS are highly controversial and being used in conjunction with the STATE by STATE plans being promoted and designed at the University of California -L.A. UCLA has a Center for School Mental Health which developed plans with and for the STATE of ALABAMA which are causing great opposition. ALL students are to be assessed and their responses are to be evaluated to determine if this specific child is…….. At Risk? Disadvantaged? an Under achiever? Bullied? Depressed? a Victim of Social Injustice? In Danger? has Special Needs? or Neglected? If so according to the criteria that is set, they can “fit” into the categories where federal, state or foundation money is coming in to pay for their treatment. It all fits nicely into boxes and graphs whose variables or descriptors have been pre-determined. The more problems….. the more money needed…. and so on and on it goes. You can follow the money and see the huge centralized control over students that is involved to understand why progressive big city Superintendents are buying in.

The United States as 50 Cultures, Not One