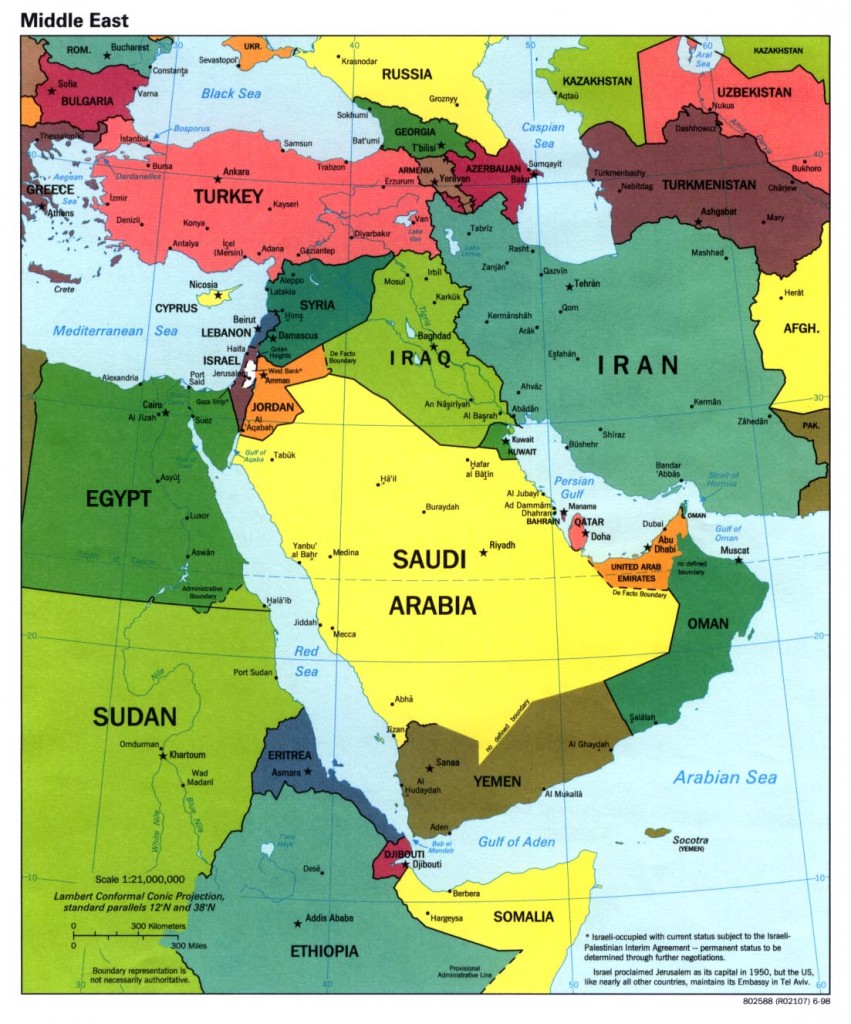 The Middle East is a complex region with overlapping interests. Maintaining what the global stability community calls “hill and valley” power on an even footing requires constant the constant application of nation-state “tough love”. To lead the quest for what’s right, you need solid core principles dedicated to the important of the equality of plural cultural values and their basic human rights. You need this because you have to be the pillar of strength and inspiration guiding both friends and foes who suffer from long histories of ancient hatreds, deep prejudices, longings for long lost glory and criminal greed. It is a place where mistakes never go unpunished. It is a place where, , as the author of Declaration of Independence Thomas Jefferson also warned, to lead one can never let one’s own principles become “frail”.

In 2003 as the United States began to campaign to create the “coalition of the willing” to unseat, destabilize and reconstruct Iraq into a new “Western Frontier” of 21st United States manifest destiny, I argued against it. It wasn’t that I thought Saddam Hussein was nice guy. Far from it. Hussein was a classic Middle Eastern dictator that very much needed the vigilant tough love alluded to in the previous paragraph. No I argued against it because I believed that the United States was still too frail to take on a task as daunting as reforming the Middle East. I noted then that to go into Iraq would require a commitment by the United States to essentially colonize and architect the interaction of cultures that predated the concepts of Western Civilization as we know it and even the concept of the Roman Empire. It would require extreme dedication and patience to build the infrastructure and values able to stabilize that part of the world. The American people would have to commit our best to the region for at least seventy-five and up to one hundred and fifty years.

I was a realist. I knew we didn’t have that in us. Particularly so given the complexity of the region, its politics and its wealth. I knew it was just a matter of time before, despite the enthusiasm of George W. Bush, an American leader would arrive on the scene before the completion of the next century of Pax Americana to undo the entire endeavor. It was a debacle waiting to happen. We would come to have leadership ill equipped to dish out tough love. We would become embroiled in the selfish concerns of local factions blinding us to our strategic purpose. We would not have the dedication to hang on to our claim of being the owner of the grand colonial agenda as regional and external interest challenged us. The odds were sadly more in favor that we would be mediocre than exceptional.

Of course, I didn’t think it would happen so soon.

When I look back on it, it was an inevitable overreach as we rebounded our national pride from our last debacle in Vietnam. We got lucky in Panama and Grenada and luckier still in Kuwait when George H.W. Bush stopped short of destabilizing the entire Middle East by allowing Saddam Hussein’s government to survive his encounter with his southern Sunni neighbors.

We became emboldened as our next president William Jefferson Clinton delved into delivering the world from evil in places like Bosnia and Somalia losing sight of the fact that the time bomb fuse first ignited by Gamal Abdel Nasser in the 1968 Arab-Israeli War the ended in utter defeat for the sectarian Arab governments of the Middle East enabling both brutal dictator and religious zealots to begin their journey to power in the region.

Our isolated marginal successes blinded us from seeing how impossibly daunting a task it would be hit the reset button. In reacting to 9/11, while I believe George W. Bush’s intent was honorable, I also believe he severely miscalculated how ready and willing his country was to live up to the exceptionalism of purpose I have no doubt he earnestly believed in.

But his successor Barack Hussein Obama does not believe in the exceptional America capable to embarking on a 1,700 year journey of Pax Americana rivaling the longevity of Rome. He believes, and I do not believe entirely wrongly, that America still has flaws and frailties that an adolescent nation of only 238 years still needs to work out.

But that is the Achilles Heel of our crumbling Middle East strategy. We are trying to be globalist Romans when we are really still provincial Etruscans. It’s not that we can’t do better. But to do so we’ll need a series of much more capable leaders. I stand by my original estimate that we’ll need between 75 to 150 years of bench depth of MacArthur, Marshall, Roosevelt quality visionaries on our team. People who can see multi-axis complexities and navigate the nation’s toughness with love.

I wasn’t the only person who expressed such doubts in 2003. The French, the only nation in all of Europe brave enough to back the American Revolution without which the United States would not exist, were ridiculed as cowards for coming to the same conclusions about the readiness of conditions in the Middle East for our ambitious aims. They went to war with us anyway despite their misgivings. Barack Obama expressed the same doubts and today carries the burden of our nation’s mediocre journey towards a bridge too far. In his case, he’s willing to walk back the original ambitious agenda as a result of his misgivings.

I’m not entirely sure that planet earth will forgive us for doing so. 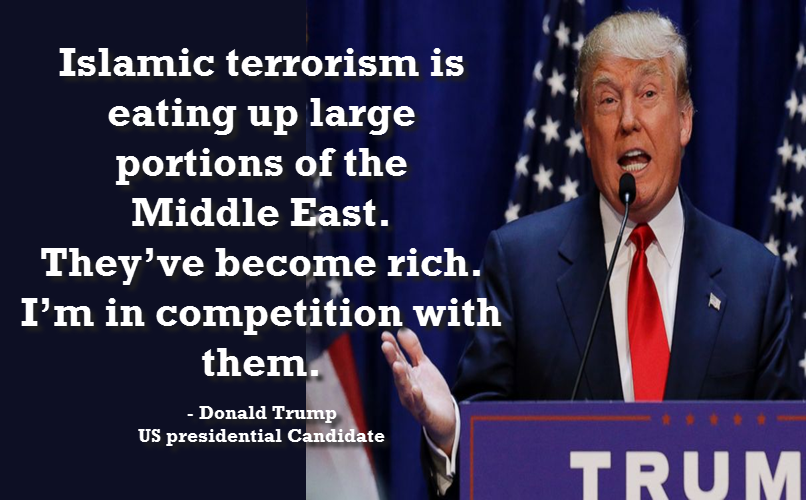 So there was another guy who also who also expressed doubts about simplistically destabilizing the Middle East and hoping it would change for the better because of community activism. His name was Donald Trump and at the time he too was ridiculed for expressing that his computations of the situation resulted in similar misgivings. This one says that likes to win. Flamboyant and colorful yes. So were Teddy Roosevelt, John F. Kennedy and Ronald Reagan. Regardless, he’s a guy that called the math on the Middle East right. I’d give him a chance to explain himself and listen intently to hear if he has the new math in his head to find a workable path closer to exceptionalism than mediocrity.

Personally, I’d challenge every presidential hopeful to deliver a cogent answer to our nation as to how they will deal with this Middle East we destabilized for our country’s good and the good of the planer as predicate to being considered for election to our presidency wouldn’t you?